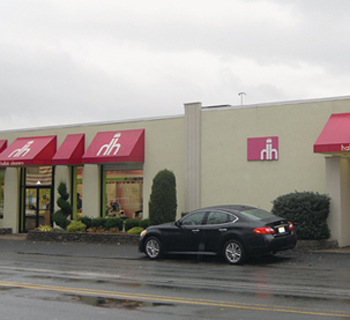 Hallak Cleaners knocked out walls and moved every piece of equipment to expand its single production facility without taking a day off, earning it Best Plant Design in the 50th Annual Plant Design Awards.
HACKENSACK, N.J. — Hallak Cleaners’ Hackensack, N.J., production plant got a comprehensive overhaul to expand capacity last year, earning the family (Jean-Claude, Marie-Louise and Joseph Jr.) top honors. The renovation not only added to the back of the plant, bringing its square footage up to 12,500, it also opened the production floor by removing a wall that once cut it in half.
Company vice president Joe Hallak then used computer-aided design (CAD) software to rearrange the entire production floor. “We had to start from scratch—every piece of equipment was moved,” he says.
Incredibly, the operation’s only production facility—serving six routes in New York and New Jersey and a thriving storefront in Manhattan—never shut down during the four-month project. “We never stopped working,” Hallak says. “Sometimes we’d be here until 5:00 in the morning. I’m not saying it wasn’t painful to do, but the pain of not having the revenue would have been worse.”
The rebuild added three cleaning machines; running perc, hydrocarbon and GreenEarth solvents in iPura, Columbia, Multimatic and Union machinery, Hallak is ready for any job. An extensive wetcleaning department features Miele equipment. And with new traditional and tensioning equipment from Forenta, Sankosha and Trevil, dedicated finishing lines cut down on steps.
The plant also doubles up on equipment such as boilers and compressors to avoid downtime. “I believe in the duplication of everything,” Hallak says. “My favorite feature is having the two screw conveyors feeding my inspector from either side, with scanning guns at each.”
Likely the first drycleaner to computerize, Hallak bar-codes everything. “We are now able to track a piece in the plant at every step of the process,” Hallak says, from check-in to the Metalprogetti assembly and distribution conveyors. “We always know where a garment is in production.”
Hallak pays pressers by piece, with a scale based on garment difficulty. Good pressers can make more than $50,000 per year, Hallak says, and the renovation added a flatscreen monitor to keep track of their pace. “I’m hoping this will motivate pressers who produce less [by showing] what their counterparts are pressing.”
Other new features include carpeted linen and wedding-gown areas, extra space for storage and leather processing, and a screened call office with quotes from Yves St. Laurent and other fashion greats.
While costly, the expansion and renovation project virtually guarantees quality and performance. “We started here with 5,500 sq. ft. 17 years ago, thinking ‘How are we going to fill this space?’” Hallak says. “You have to invest in what you’re trying to do. If you pinch every penny, you wind up working against yourself.”