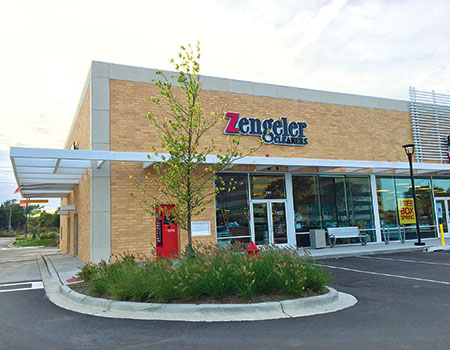 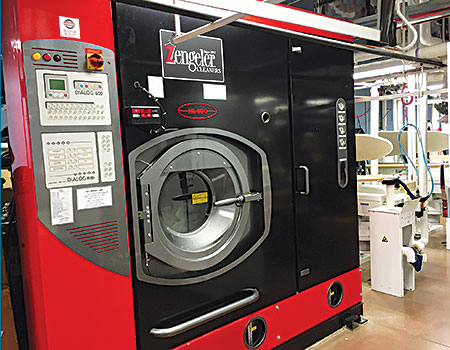 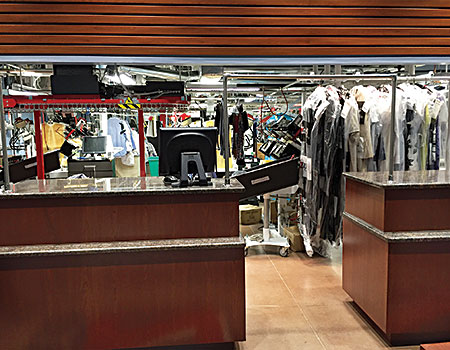 “We moved from a 30,000-square-foot central plant to a 2,610-square-foot package plant producing about 10,000 pieces a week,” writes owner and company President Tom Zengeler in his plant nomination. “We also moved part of our central plant operation to three other processing plants.”

The store features many “leading-edge amenities that have proven extremely popular with customers,” the company says, but perhaps the most impressive amenity is the Metalprogetti conveyor system. It fully automates the cleaning workflow from receiving the order, processing the garments, then sorting, bagging and tagging for pick-up.

The benefit for customers: the ability to pick up orders at their convenience using the store’s 24-hour self-serve kiosk. Equally important, the business adds, is this process provides an extremely efficient cleaning process, assuring that the environment is protected.

“Zengeler Cleaners is extremely proud of both the appearance and functionality of the new store,” Zengeler said in a press release distributed at the time of its opening. “Our architect collaborated with the Village of Northbrook to assure this beautiful new facility was consistent with our neighbors and with the community as a whole. To achieve that while providing a modern, energy-efficient operation is a tribute to everyone on the team.”

Aside from Metalprogetti, equipment for the Zengeler Cleaners store comes from Union (with Exxon-Mobil DF-2000™ hydrocarbon), Sankosha, Forenta, UniMac and Fulton, among others.

Besides the Northbrook store, the company has seven other stores and eight home pickup and delivery routes in Chicagoland.