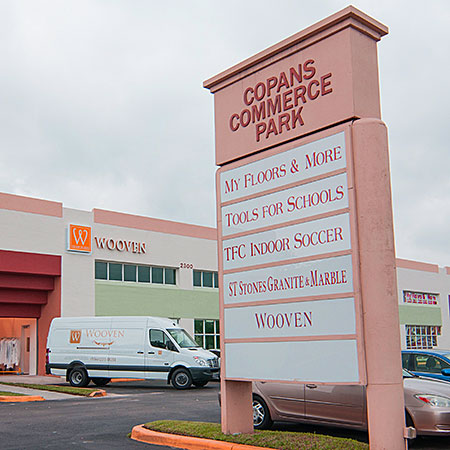 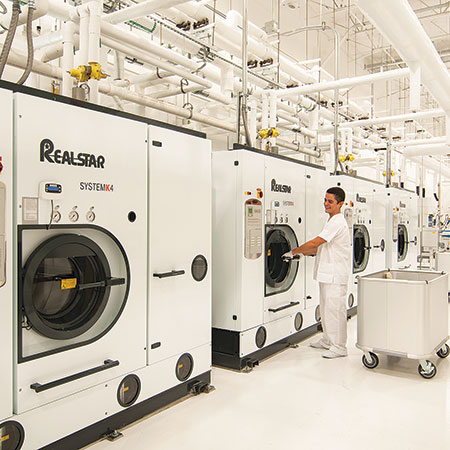 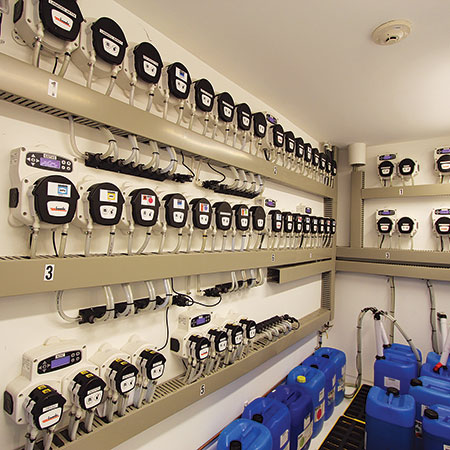 It’s all white all right

POMPANO BEACH, Fla. — Dissatisfied with the drycleaning service they had received since moving to the United States from Russia a few years before, Elena and Vladimir Samofalov decided that dry cleaning could be a good business opportunity for them. Leaving their careers in law and engineering, respectively, they struck out to build their own drycleaning and laundry business.

Using previous business connections, they traveled throughout Europe and visited that country’s leading drycleaning plants. Elena received drycleaning training in the States. They sought the opinions of consultants foreign and domestic, and started to develop a European-style vision for what is now Wooven, a network of three drop stores (two in Boca Raton, the third in Wellington) serviced by an off-site production plant.

It took them a year to find the right plant location to suit their needs. Construction began in September 2013, and the 8,000-square-foot plant was up and running by April 2014, Elena says. Construction cost was pegged at $1.2 million.

Aside from the modern drycleaning and laundry equipment ordered from European manufacturers, what may be most striking about this award-winning plant is that it is almost entirely white from floor to ceiling.

“We wanted it be something unlike anything else,” says Vicki Soderlund, AIA, whose Boca Raton-based Soderlund Architecture + Design firm was commissioned to draw up the designs. “We wanted it to look clean, because we’re ‘dry cleaning,’ and we wanted to have an environment of cleanliness. We want to look high-end, and we want to be different from everybody else.”

“You could not find a speck of dust in that place if you tried,” says Bob Aldrich, president of Aldrich Clean-Tech Equipment, who designed the plant layout for the Samofalovs.