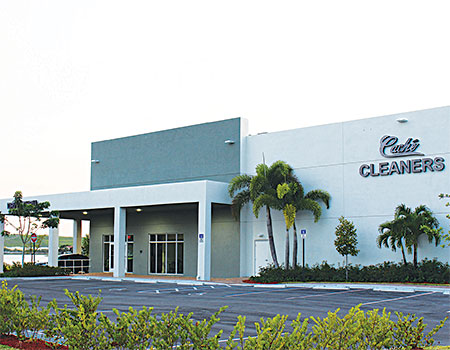 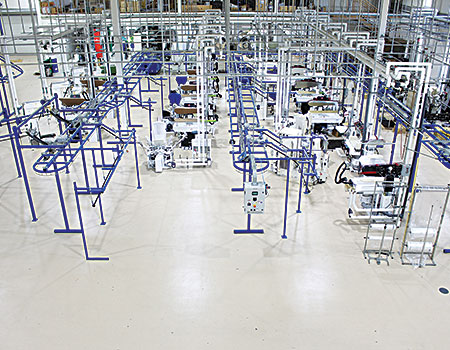 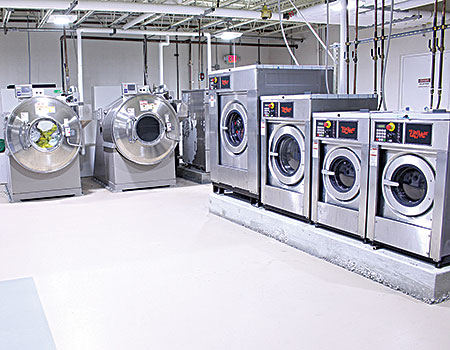 DEERFIELD BEACH, Fla. — It was more than three years in the making.

The Momins, Amir and Jamila, spent years planning, building, and finishing the 16,000-square-foot building here which they operate as owners of both the property and the business that is Caché Cleaners.

At his previous business, the writing was on the wall, so to speak.

“Once the production exceeded the capacity of the old plant,” says Amir Momin, “we expressed interest in expanding and relocating. Then we received an ultimatum when the landlord wouldn’t renew the lease of our store with the plant.”

The Momins started in the drycleaning business in 1985 with three plants and three drop stores, which they later consolidated into one plant.

“Designing the plant,” says Amir Momin, “included a visit to Italy to design and finalize a full Metalprogetti layout, fitting the machines to the layout of the conveyors.

“We now have the capacity to finish more than 5,000 pieces in one shift at regular hours, with the ability to further expand.”

Caché Cleaners utilizes the most efficient methods of drycleaning production, Momin writes in the company entry.

Once bagged, orders are stored automatically on the first storage conveyor. From this conveyor, orders are removed by store onto a rail which leads to an awaiting van to be loaded.

As garments arrive from the six drop stores, clothes are sorted by dry cleaning and laundry, and split to their respective areas. When orders are complete, they extract and are bagged automatically.

Orders from the retail front of the plant also enter and leave in a similar loop, adds Momin.

In addition to Metalprogetti, Caché utilizes equipment made by Sankosha, Hi-Steam (tensioning), RealStar, UniMac, Milnor, Fulton and Kaeser. A.L. Wilson and Adco produce the spotters used, Momin notes, and pads are by Sankosha.

How’s it going for the new operation? Momin says that, the other day, he meant to catch up on correspondences. However, visitors from Europe came by to see the plant and that changed his plans.

“I got caught up,” Momin says.