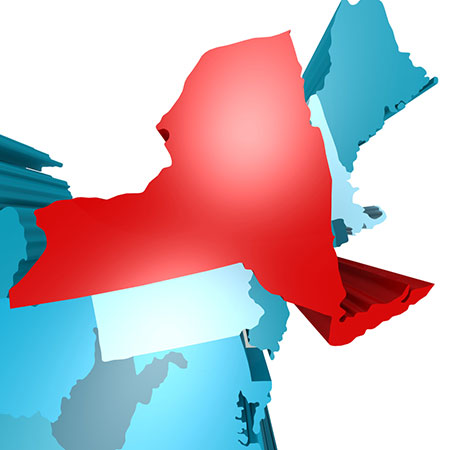 While the DEC stresses that it was not formal rule-making but an initial outreach to obtain stakeholder input, writes the NCA, industry advocates are concerned about the wide-reaching impact of the requirements under consideration.

According to NCA Executive Director Nora Nealis, the proposed changes would broaden the scope of a regulation currently focused on perc and affect every dry cleaner in New York state, regardless of the drycleaning solvent or process they are using.

“Every dry cleaner (including those using alternative solvents) would have to post a notice in their call office identifying the chemical and trade name of the solvent(s) being used in the facility.

“The notice would also cite a page on the Department’s website where the Safety Data Sheet for the solvent could be accessed. Meeting participants seem to have no objections to this requirement, and some even expressed strong support.”

Based on DEC meetings she attended across the state in late October and early November, Nealis notes the major points under consideration:

If formally proposed and adopted, the New York DEC would be the first in the country to impose these kinds of regulations on non-perc dry cleaners, and New York would be the second state to have a perc ban, writes Nealis.

“This leaves many in the industry wondering if other states will look to adopt air regulations specific to the use of alternative solvents, if New York goes forward with the points outlined in their Fact Sheet,” she says.

At the end of each meeting, the DEC encouraged participants to share their thoughts, suggestions and objections by letter.

The NCA urges dry cleaners to send a copy of those letters to their local elected officials and the governor’s office, saying that political pressure is needed to dissuade DEC from the path it is on, Nealis says. For further information about this from the NCA, call 212-967-3002.