TAMPA, Fla. — Ever since regulatory pressure started to increase on perchloroethylene, the industry has been looking for a product that could fill its place in the industry as an easy-to-use, effective solvent—but without the baggage.

The latest is a solvent from German chemical manufacturer Kreussler & Co. And while it’s too early to say if it’s the ultimate answer, it has been the buzz of the industry since debuting late last year. Subject to minimal regulation and effective at cleaning, SolvonK4 has already been adopted by 48 plants nationwide.

About five years ago, unimpressed by the speed at which the other alternatives were being adopted, Kreussler launched a search for an existing chemical that could be adapted to drycleaning processes. “Acetals were among those,” says Richard Fitzpatrick, vice president of Tampa-based Kreussler USA.

Once known as ketones, acetals are common in industrial applications, pharmacology and other areas. “We looked at every single one of them to see if it had the chemical properties we would like to see in a solvent: Does it dry quickly? Can you distill it? What’s its KB value? This one showed a lot of promise.”

After refinement, that chemical—dibutoxymethane—became SolvonK4. A Class III-A solvent with a flashpoint of 144°F, it dries quickly. It distills at relatively low temperatures and very low steam pressures. And it has a KB value of 75, Kreussler says—closer to perc than any other alternative.

The chemical’s one issue? It has a pronounced sweet smell, described as being similar to pear liqueur, licorice or cut grass. As a result, many of the modifications made to existing Class III-A machines and the optimized SolvonK4 machines produced by the companies in the FMB Group—Union, Realstar and Firbimatic—pay close attention to recovery and deodorization cycles.

Union’s optimized machine is built on the same chassis as the company’s 800 series Class III-A machine, with a recovery section that has been enhanced to deal with SK4’s low boiling point and odor. “The heart of the machine is the recovery system,” says Vic Williams, technical manager for Union. “It recovers almost like perc.”

The machine features a special refrigeration system with double expansion valves and an inverter-driven fan. The system can drop temperatures inside the drum 100°F in minutes to produce clothing with little residual odor. “The colder you can make the airflow, the faster you can perform recovery,” Williams says. “The key to the machine is deodorization. You don’t need as much deodorization with silicone or hydrocarbon.”

Cycles typically last 60 to 65 minutes in an optimized machine, which can also run other Class III-A solvents with programming changes. While prices run about 15% higher than a standard 800-series multisolvent machine, “we’re selling them as fast as we can make them,” Williams says.

Conversions vary, Fitzpatrick says, but many can be done on a relatively small budget. Newer Class III-A machines with vacuum distillation may require only programming changes to achieve a 65-minute cycle. Perc machinery can’t be converted.

Check back Thursday for Part 2 of this story. 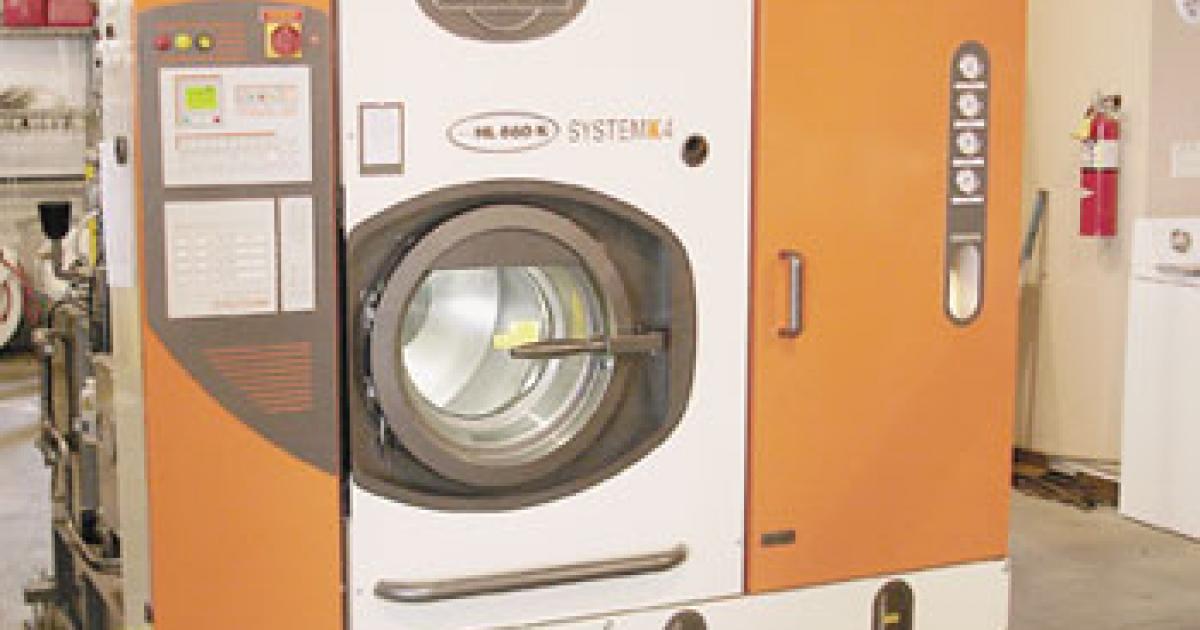 Union and FMB Group are the first to market machines optimized for the new solvent system.