CHICAGO, Ill. — The overwhelming majority (88.9%) of drycleaners say they will follow advice the Drycleaning & Laundry Institute (DLI) issued last month in its solvent white paper — that operators “first consider” the alternatives to perc when shopping for new machinery — according to the most recent survey appearing in the Wire.
Asked to list all systems they plan to investigate before making a purchase decision, two-thirds (66.7%) of those considering the alternative solvents chose high-flashpoint hydrocarbons. While not generally considered a stand-alone solvent process, wetcleaning came in second on drycleaners’ alternative wishlist with 44.0%.
One-third (33.3%) wish to investigate Solvair, the “hybrid” process marketed by R.R. Street & Co., while 28.6% plan to look at GreenEarth’s silicon-based solvent. Some 23.8% will check out the n-propyl bromide DrySolv, and 14.3% will consider liquid carbon dioxide. Respondents also listed Rynex, low-flashpoint petroleum solvents and the GreenJet process in their responses.
“I am going to start investigating all alternatives to perc,” one respondent says. “The time has come to think about the environment, and customers definitely like the idea of a safe solvent — although when used and handled correctly, perc has been safe for us.” 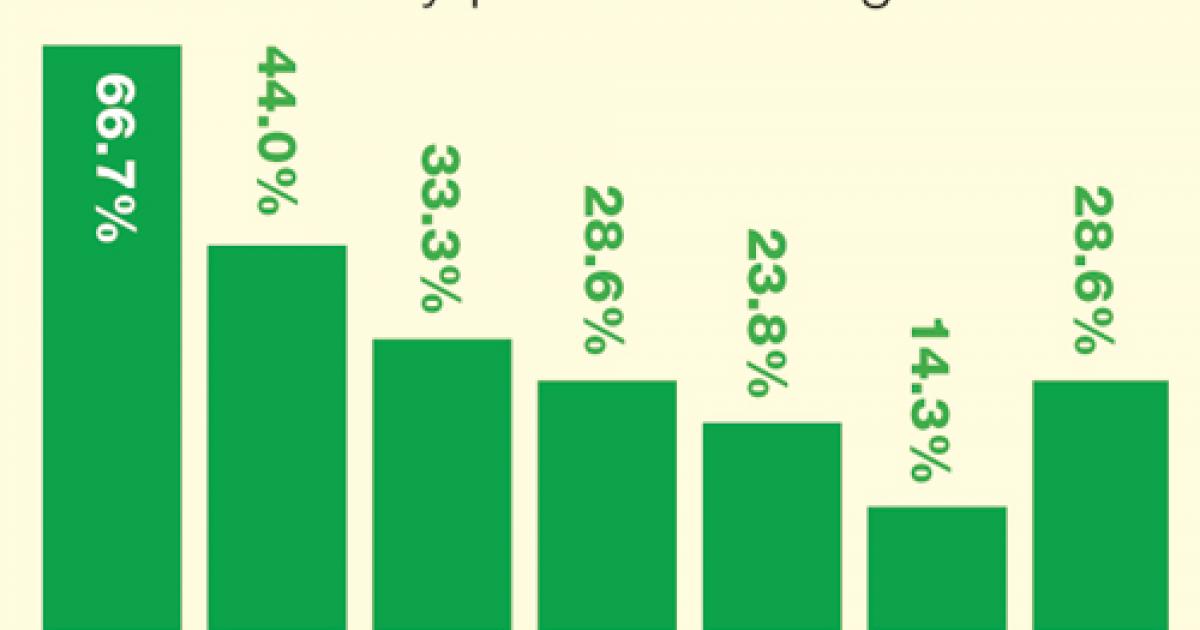