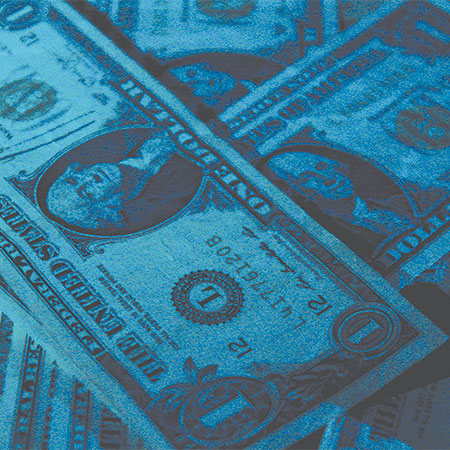 PEMBROKE, Mass. — Often, in the rush of business, your accountant gives you the end-of-year results and you make out a check and that’s the end of it. Basically, you go along with whatever the accountant says.

Question #5: “How effective am I compared to your other clients who own drycleaning businesses?”

Answer: “It’s always hard to compare, since every business is unique. But okay, I’ll give you some pointers. You do a heck of a load of business, compared to other dry cleaners I do the accounting for. By assets, by employees, you really get out a lot of volume.

“On the other hand, your productivity leaves something to be desired. You spend too much money per unit. It’s about 20% more than other dry cleaners. That means your people aren’t efficient or your production line is unproductive. Look into that.

“You say you need to do good work to produce high quality, and that costs, but prices are not high enough to compensate for the higher production costs. You should raise prices right away if you want to be at the normal price-to-cost margin.

“Finally, you personally pull too much money out of the business. It is more than most of your competitors. You say you need it, but it affects your growth potential because there isn’t enough left over to provide for expansion strategies. Cash flow is always barely in the positive side. Rather, you’re just getting by, year after year.”

Question #6: “What is the relationship between paying personal taxes and paying business taxes? Why couldn’t I draw more out of the business, or vice versa, and pay lower taxes.”

“Corporate tax is a bit higher. But if you were to shift more income to personal, it would be at the higher rate of 25%, and with state being 5% it brings up the percent to 30%.

“So we’re dividing the burden as best we can. If you elected to be a Schedule C business, it wouldn’t matter, because both the personal and company are combined.”

Question #7: “Why do some corporations pay zero taxes?”

Answer: “It is true that General Electric made $42 billion dollars profit in the last eight years, and paid no federal taxes. But they did pay state, Social Security contribution, property and all kinds of other taxes. So you’re right. They don’t pay their fair share.

“General Electric employs 75 tax attorneys and experts to figure out legal ways for avoiding taxes. For example, when they build a plant, they demand tax considerations such as local tax relief, and they get it because they are such a powerful entity.

“On the other hand, the vast majority of companies, large and small, pay their fair share. For example, the largest 100 corporations in America averaged 25.4% federal taxes.”

Question #8: “How do I know that my figures are accurate on the P&L statements?”

Answer: “Check with your bookkeeper, who keeps the books. But if something seems incorrect, do some research. Example: if it surprises you that production labor is 35% of revenue, ask the bookkeeper about that figure.

“On your own, list the relevant salaries, including a portion of yours and see that it adds up in the P&L figure. You should be as intimate with these figures as you are with members of your family. You should know your break-even point. You should know what utility costs are as a percent of each garment category — shirts, slacks, jacket, dress, suit.

Understand those questions and answers and you’ll better understand your taxes.

And about the new tax laws.... The new tax program went into effect on January 1.

As business proprietors (Schedule C), you deduct 20% of profits, and then pay taxes at the new rate, so you will probably be better off. As a corporation, you might pay less because the new corporate rate is 21%. But if your corporate profit is around $30,000 or less, you will be better off under the old system, where the corporate rate of the first $25,000 of profit is 15%.

There might be many switching around of corporations and proprietorships because of these changes. But with all the giveaways, the question is, what will happen to the national debt?