MINNEAPOLIS — In January, this town reports it became, “the first city in the nation to go entirely perc-free as the last dry cleaner switched over to a safer process.”

In less than six years since the city’s cost-sharing program began, Minneapolis writes, it has helped the last nine dry cleaners in the city using perchloroethylene replace their equipment to make the switch.

Perchloroethylene, it reports, is the main chemical solvent used in dry cleaning. The Environmental Protection Agency classifies perchloroethylene as a “likely carcinogen.” It also has the potential to damage the kidneys, liver, immune system and blood system, and affect reproduction and fetal development, it writes.

It points out that, “A 2015 Minneapolis Health Department study detected 99 occasions of perchloroethylene above levels that are considered health risks over a long period of time in outdoor, ambient air in Minneapolis.

“Financial assistance from the neighborhood groups,” it relates, “made this and other cost-prohibitive projects possible for small businesses and also laid groundwork for more healthy city-neighborhood partnerships.”

The City of Minneapolis notes that the funds for the program come from pollution control fees that businesses pay to the city. Find more information about the city’s green business cost-sharing programs HERE.

Dan Miller, CEO of Mulberrys Garment Care, a local drycleaning operation in Minneapolis, with other locations in Minnesota, as well as the California Bay area, shares his thoughts about the news: “I think it’s fantastic. As you know, Mulberrys was one of the first cleaners to be perc-free since our inception, and we’re proud of the fact that we can be a part of these positive changes in our industry.”

When asked about how much the consumer is aware of this, he responds: “The truth is that I don’t think that most people know about it yet. However, Minneapolis and Minneapolitans, in general, have always prided themselves on their environmental stewardship, and this is just one more step in that record.”

What does this news mean going forward? Miller replies: “It’s really exciting for us to see these improvements spreading throughout the industry. Our plan is to promote perc-free Minneapolis on Earth Day (Sun., April 22) and encourage this to continue with perc-free Minnesota.” 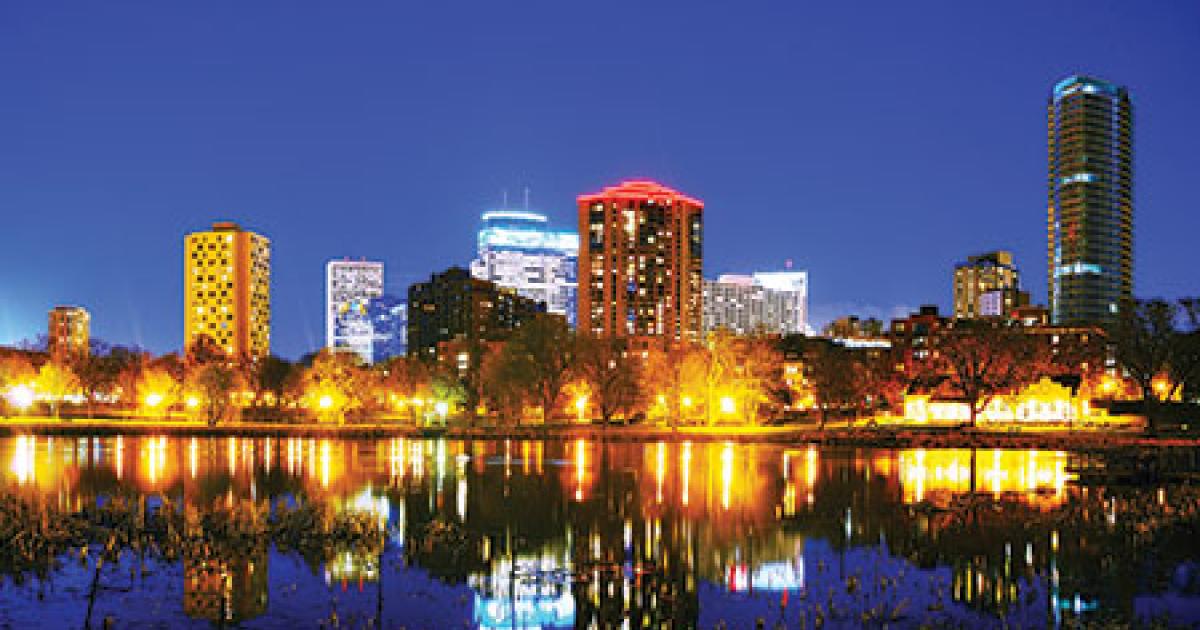 Minneapolis skyline at night. The city, this past January, says it became ‘perc free’ with the last dry cleaner in town switching over. (Image licensed by Ingram Publishing)