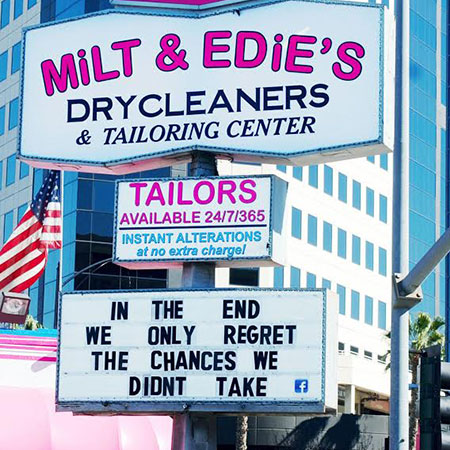 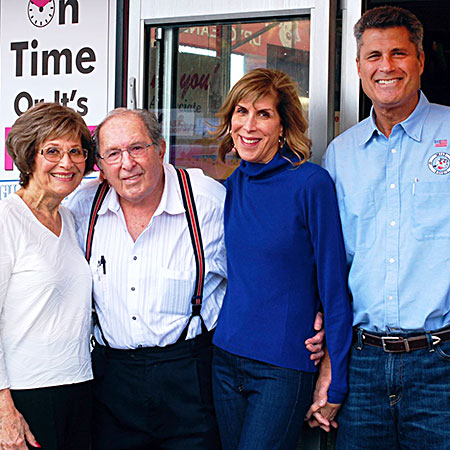 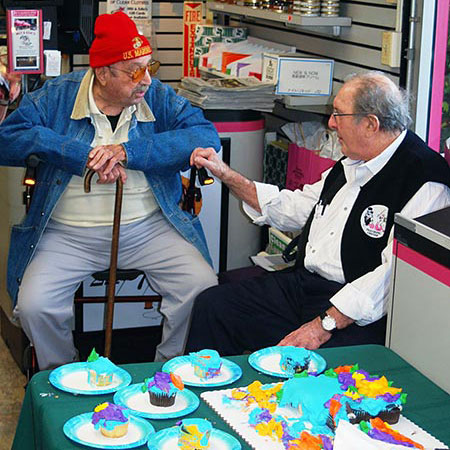 BURBANK, Calif. — They keep their eyes peeled on Alameda. It’s almost that time again. They know a new saying is coming.

Then, there it is! People point. Cameras flash. And soon cell phone pictures of the saying are posted on social media.

As of this writing, the sign is: Make Changes Not Excuses.

One of his favorites: The Only Thing Constant is Change.

The saying on that prominent sign brings customers in to Milt & Edie’s Drycleaners & Tailoring Center, a bright, busy, pink-colored store on Alameda Avenue.

But there’s far more to this wonderland of services and smiles than just witticisms on the marquee, as Chortkoff explains in this article’s conclusion:

“On Friday night, we offer free hors d’oeuvres,” he notes. “We are near office buildings so we get professionals who stop in after work, and this is popular, too.”

There’s a koi pond outside of the plant. There’s a giant sign outside, too, with a photo of Milt and Edie. There’s a saying too: Over a thousand years of experience to serve you and all your cleaning needs. The store lists all the years the employees have been with the store.

Daughter Beth Shader says, “We post to Instagram and Twitter. Just type in hashtag Milt & Edie’s to see all the different sayings from our marquee that people have taken pictures of and posted, along with their wonderful comments.”

The business has some 5,300 followers on Facebook, where it offers weekly contests. It also has a newly launched website, miltandedies.com.

Milt & Edie’s is planning to participate in Burbank On Parade on April 23. The event has an “Our Heroes” theme to celebrate the military, law enforcement and emergency services personnel, Chortkoff notes.

The store has always offered cleaning discounts to service personnel. It also has its own “working-class heroes” theme on its Facebook page, highlighting its own hard-working employees, Shader adds.

“We have a map of the world in our store with little pins indicating where our employees were born,” Chortkoff says. “There are 18 different countries represented. The map is located near the front of the store, on the wall right behind the maitre d’. Customers like looking at it.”

With the doors open around the clock, a two-hour turnaround on cleaning, 12 tailors (some having worked 50 years in the industry), a maitre d’ to greet you, and the smell of fresh popcorn popping and coffee brewing, Milt & Edie’s serves Los Angeles-area customers with its own distinctive style and charm.

“We have a shoeshine service five days a week,” says Chortkoff. “Everything we do is with the customer in mind. We strive for perfection. I feel that attitude is more important than anything, so we hire the right people with great attitude.”

“We give out a complimentary customer bag that is full of promotional products such as a marker, a pen, a brush and mirror kit,” Shader says.

Is all this working? Chortkoff says the business sees, on averages, “500 new customers per month.” Sixty percent of people coming into the store say they came in after seeing the sign on the marquee.

“In the middle of the night, people stop in for tailoring,” he says. “It’s amazing!”

Milt & Edie’s wants its customers to feel like family.

“They are family,” says Chortkoff. “We want them to be entertained and to have fun.”

He has been doing this a long time. He’s always looked for new ways to make his customers happy and to provide a fun, unique experience. He muses that he once retired in the 1980s but had to come back out of sheer boredom.

“A friend once called me up and told me, ‘Milt, you wow the customers.’”

Another of his favorite marquee sayings: In The End, We Only Regret The Chances We Didn’t Take.

To read Part One, go HERE.