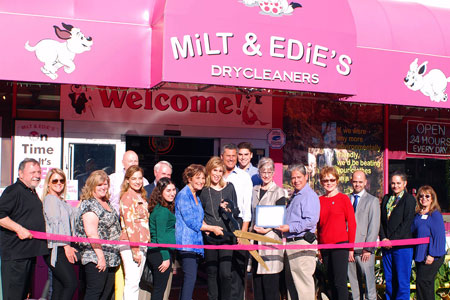 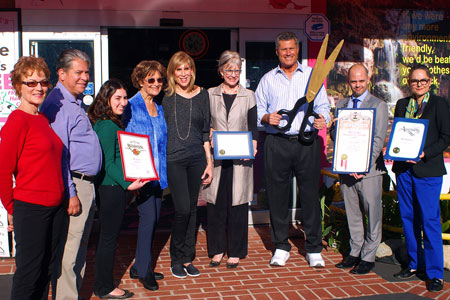 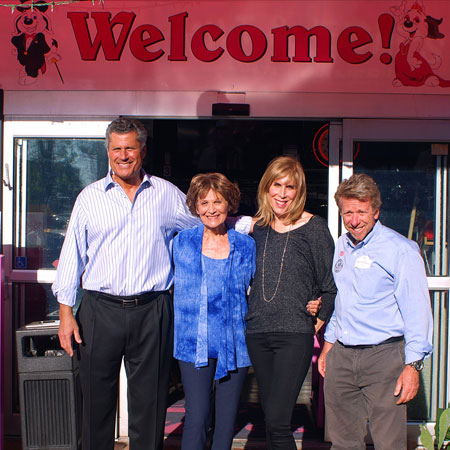 Edie Chortkoff: “Milt would have loved it!”

“Thirty years of love and dedication have made Milt & Edie’s what it is today and seeing everyone here supporting us was wonderful,” says Edie Chortkoff. “Milt would have loved it!”

“This was a milestone occasion offering us an opportunity to let our customers and community know we are continuing our commitment to providing superior service and quality cleaning and tailoring,” says Beth Shader, who runs the family business with her husband, Michael Shader, and her mother.

While Milt passed away last December, Beth notes he was very involved in the early planning stages of the anniversary event. “Dad loved a reason to celebrate and this was a big deal, especially for a business with the motto, ‘All customers leave happy... always!’”

Everyone in attendance enjoyed free refreshments from local restaurant favorite Porto’s and were encouraged to spin the Milt & Edie’s “Wheel of Rewards” where guests could win up to $100 in free services, the cleaners relates.

Michael Shader says the Wheel of Rewards comes out throughout the year and encourages everyone to “join us on Facebook because that is where we give some advance notice of when the Wheel will be spinning.”

Milt & Edie’s enlisted the Burbank Chamber of Commerce to help coordinate the “ribbon cutting” portion of the event.

“Chris Hunter at the Chamber contacted our State and local government officials and Chamber members and even managed to find a ribbon that matched our signature magenta color,” states Michael Shader.

Originally named Milt & Michael’s when it opened in 1988 — renamed Milt & Edie’s by owner Milt Chortkoff in 2004 in honor of his wife, Edie — the 30th anniversary event was attended by members of the Burbank Chamber of Commerce, government officials and customers.