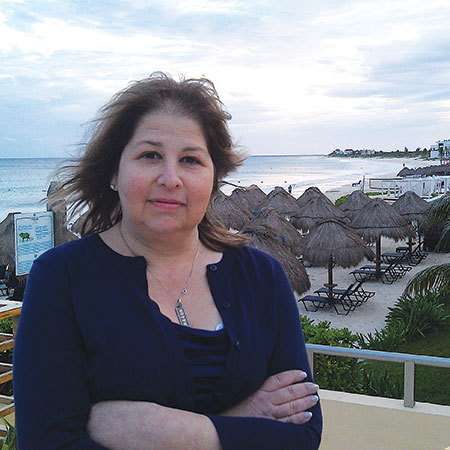 SOLON, Ohio — Patrice “Pat” Moore, a woman known throughout the drycleaning industry as the energetic and outgoing co-owner of equipment distributor Moore Services, died March 2 due to complications related to kidney disease, the company reports. She was 57.

For three decades, she worked with husband Jerry Moore to build a company that evolved from “a guy in a van who could fix things” into a national service provider.

“We started at the kitchen table, at a time when that was unusual,” he says. “We simply thought we could do better than the competition at providing services.”

At one point, the Moores had four phone lines in their house: “We would answer the home phone ‘Moore Services’ so often that when (youngest daughter) Hannah was a little girl, she told people her full name was ‘Hannah Moore Services,’” he recalls.

Pat’s title at Moore Services varied, sometimes on a weekly basis, says Alan Lawrence, the company’s general manager. “She was the vice-president, but sometimes she was the secretary. She kept the books, she answered phones.”

She enjoyed helping other people succeed, and took particular satisfaction in seeing that kitchen-table operation expand to become a job provider with projects from coast to coast, the company says. In recent years, their business helped develop new stores for clients in several states.

Industry response to her unexpected death was immediate.

“Pat Moore was a friend and colleague,” says the National Cleaners Association’s Ann Hargrove. “She was a pioneer. When she started out in the drycleaning industry, there were very few women in equipment sales. She was knowledgeable and well-respected by all she touched.

“Helen Keller said: ‘What was once enjoyed and deeply loved we can never lose; for all that we love deeply becomes a part of us.’ Pat will be remembered for her energy, kindness, and love of her family, friends and our industry.”

“The outpouring of goodwill and the gestures of kindness from across the spectrum of the industry has been absolutely overwhelming,” Jerry Moore says.

“From dry cleaners to suppliers. A small tailor shop. The largest equipment manufacturers. And our competitors, as well,” Lawrence adds.

Outside the workplace, Pat Moore pursued many passions, including food, travel, books and movies, and always enjoyed a lively political debate.

Surviving are her husband, Jerry, and two daughters, Alea, 30, and Hannah, 25.

The family requests that, in lieu of flowers, Pat’s friends and colleagues consider becoming organ donors. “It’s a request meant as a tribute to a woman who gave so much of herself to others through her work, her industry knowledge and her many warm, personal relationships,” the family adds.