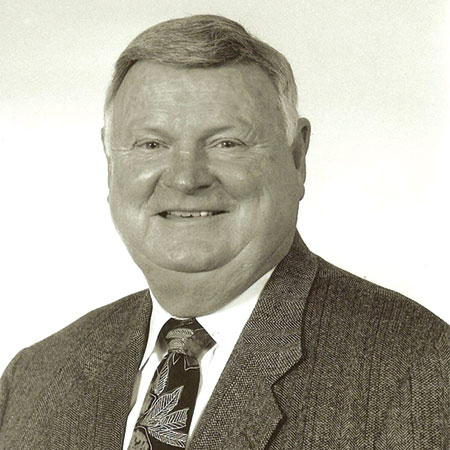 AUSTIN, Texas — Jack Taylor Brown, owner of Jack Brown Cleaners, died peacefully on December 15, 2017, in the presence of his loving family. He was 89.

Brown was born April 1, 1928, in Eastland, Texas, the youngest of five children of Paul and Kittie Lou Brown (both deceased). He graduated from the University of Texas (UT) at Austin in 1949 with a degree in Civil Engineering, where he met and married Betty (deceased), his wife of 67 years.

“His life was a celebration of faith and family,” his published obituary notes. “Jack had a generous heart and his love for Betty and their family was unconditional.”

“He cherished the yearly vacations that the family has taken for over 50 years,” it further adds, “the twice weekly golf with old friends as well as relaxing in the summer at their lake home in Horseshoe Bay.”

A resident of Austin since 1935, Brown was very involved in the community both professionally and philanthropically. After graduating from UT, he worked as a civil engineer for the Texas Highway Department before joining his father in the laundry and drycleaning business.

Over the years, he and Betty, their children and grandchildren, have built Jack Brown Cleaners into one of the largest family-owned drycleaning operations in the country, the obituary notes.

In 1986, he was extremely proud to start the Coats for Kids program, which has provided 850,000 winter coats to the less fortunate children in the Austin area.

Brown served as president of the Texas Laundry and Dry Cleaning Association, chairman of the Varsity International Conference of Cleaners, and was a long-time member of the International Dry Cleaners Congress.

“Jack strongly believed in giving back to the community and was always giving of his time for charitable organizations,” the obituary relates. “Jack was active in his Catholic faith. He and Betty were founding members of St. Louis Catholic Church, St. Theresa’s Catholic Church and the St. Monica’s Holy Family Guild.”

He was a 60 plus year member of the Knights of Columbus Council 1017 where he served as Grand Knight, it states.

When Jack was asked, “What did you love most about your life?” He responded:

“My wife, who I have loved since I first saw her. My eight children, all of whom I am very proud. My 23 grandchildren and 5 great-grandchildren.”

Brown is preceded in death by his parents Paul and Kittie Lou Brown, his wife, Betty Ann Brown and his son, William Jeffrey Brown.

In lieu of flowers, the family requests that memorial donations be made online at: Coats for Kids, the Salvation Army or St. David’s Foundation.