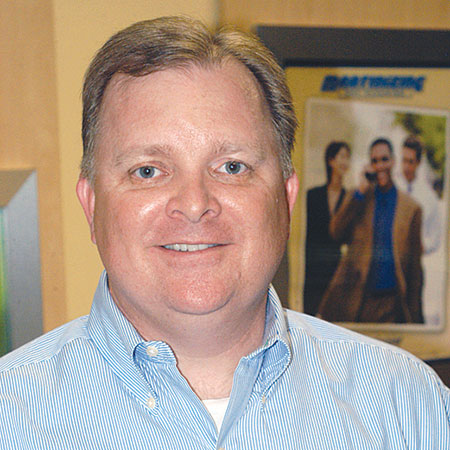 “We are extremely excited to have Terry join our team,” says Kevin Kaeding, president and CEO of Martin Franchises. “We know with his strong franchise development experience and our aggressive growth plans for Martinizing that we will be providing entrepreneurs with franchise ownership opportunities all across America.”

McGee attended Central Michigan University, where he earned his bachelor of applied arts in broadcast management and advertising.

Previously, he worked for Signarama, a graphics company in West Palm Beach, Fla., working on the operations side of the business where he trained new staff. He began his career in franchising as district operations manager at Signarama, overseeing more than 100 franchise locations.

He then moved to Cincinnati to work as regional manager for Coverall Cleaning Concepts, a commercial cleaning franchising company. Later, he worked for E.nopi, a children’s education franchise from Korea.

At Martinizing, McGee works with and educates potential candidates who are looking to purchase a franchise.

This job is “exciting for me because I get to work with a lot of different individuals,” says McGee. “The excitement is to give people, a lot of times, a chance to own their own business for the first time, creating a new wealth for them, a new future and, in a lot of cases, helping them set up something as legacy for their kids down the line.”

The franchisor has more than 400 stores in the United States, Canada, Ecuador, Peru, Indonesia, Hong Kong and Japan.