CHICAGO — Sales declined throughout the country in July 2010, according to participants in this month’s StatShot survey, while operational costs for the first six months of the year varied among regions.
Drycleaners in the Midwest reported the worst July sales figures, with an average 4.5% decline from July 2009; the Northeast fared almost as badly, with a 3.6% drop. Sales were off 3.3% in the West and 2.9% in the South.
Higher-than-average temperatures may have had an effect on the hardest-hit regions. “It looks like a long, hot summer,” says one cleaner from the Midwest. “I am not expecting any appreciable increase in sales before October.” An operator from the Northeast remains “hopeful, as people are getting back to work.”
Drycleaners in the Northeast and Midwest also saw increases in operational costs of 3.2% and 1.5%, respectively, during the first six months of 2010 compared to the same period of 2009. “New York State is horrible with taxes and fees,” says one operator. “And don’t ask about utility costs.”
“Our suppliers don’t want to understand that for most people, drycleaning is a discretionary expense,” says another operator from the Northeast. “During hard times, the drycleaning bill is one of the first things to be trimmed. Our best customers — the Baby Boomers — are retiring and not drycleaning as much. The next generation either doesn’t have the money or is not in need of the service.”
It was cheaper to do business in the South, where costs were down 1.0%, and in the West, where costs fell 4.2%. “Healthcare went up 20% again, and the lease is up 4% even in this economy,” says one Southern operator. “We did not raise prices for a year, but had to in July.”
“We should probably feel good about a 200% increase in profits compared to [the first half] of last year,” another plant owner from the South says. “But with sales down 7% for the period, we know that the profit increase is all due to cost-cutting. We’ve run out of options there, so we need to see some demand for our services.”American Drycleaner’s Wire surveys readers every month on a variety of issues facing the industry. While the survey presents a snapshot of readers’ viewpoints at a particular moment, it should not be considered scientific. 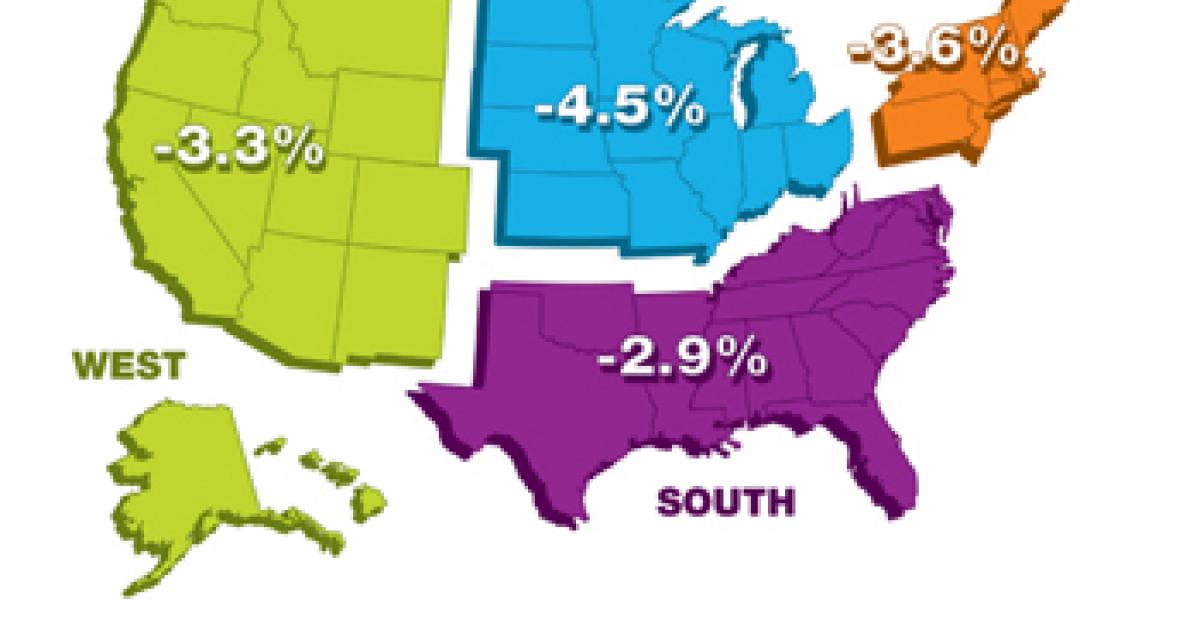