CHICAGO — The decisions about when — and if — to update drycleaning equipment are some of the most crucial assessments business owners will make during the life of their company. In Part 1 of this article, we identified some of the thought processes that cleaners use when considering adding or replacing machines. Let’s continue our dive into this critical decision.

Belding Cleaners, which was founded in Detroit in 1918, relocated to Grosse Pointe in 1929. Over the past four years, Hebeka purchased two other competing cleaners in his area.

When contemplating a big machine purchase, Hebeka says it always boils down to the dollars, research and planning.

“The fact that you’re even considering a new machine means there must be some sort of issue with your current machinery or production,” he says.

There are a number of tipping points that can be replacement indicators.

“Typically, a machine that is costing money in repeated repairs, potentially delaying the customer and/or mainly (causing) loss of productivity are all reasons to replace machinery,” he says. “In some cases, parts may not even be available or take weeks (to arrive), which means your operation is probably down, and you’re probably losing business.”

Hebeka purchased his last big machine when it was required to help handle growth in volume, and it was an easy decision to make.

“We noticed we were running behind almost daily, which meant we had the work, just not enough time in the day to do it,” he explains. “That’s where more automated finishing equipment comes in, saving time, energy and improving product quality.”

There is definitely planning involved in this process, which could take a couple of months, Hebeka says. He estimates purchasing nine to 10 new machines in the last five years.

“Shopping around for types of equipment, seeing or testing the equipment, layout in your plant, financing, and depending on how busy the main equipment installer is all play a factor in the timeline,” he says. “Sometimes you know exactly what you want, and you just order it, and it’s installed in a few weeks. Although that’s often not the case.”

It pays to do the legwork early on, be prepared for what’s to come, and give employees a head’s up with what the process will entail.

“Being down for a full day to have a machine installed can cause some issues with flow in your business but that can be lessened with proper planning,” says Hebeka.

He recommends preparing counter staff to get an extra day or two on returning items to customers and communicate with production staff, as well.

“Also, clean and press everything in sight just to be ahead of the game in case you run into any issues with installation,” Hebeka says. “Just know that hundreds of other dry cleaners in the industry are replacing or adding equipment all the time, and you’re not alone.”

Hebeka prefers Friday installations, which give him and his staff the weekend to reorganize and clean the plant after the disruption.

But not every installation goes exactly as planned. Hebeka recalls a time when a friend promised to send cement contractors to cut a bigger opening in his exterior brick wall to fit a drycleaning machine in the building.

“I wanted to be prepared, so I waited three or four days to have the wall cut open, and they kept saying they’d be there the next day. Finally, about 9 the night before the new machine was to be installed, they showed up and cut the hole in the wall for the machine to fit through, 11 hours before the installation!” he exclaims. “Everything was riding on these guys cutting the hole in the wall, so without them, all the other contractors and the entire project was on hold. It all worked out in the end, but it was a really close call.”

He recommends sticking to machine brands that are well-respected and of high quality that have a good support system, as well as technical support, a warranty and easily obtainable replacement parts.

Hebeka says your relationships with other dry cleaners as well as distributors can be invaluable when considering a machine purchase.

“The absolute best way to test out a piece of equipment, aside from the Clean Show every two years, is to see it actually working in a real plant setting with real machine operators and owners,” he says.

And there’s “no better, unbiased opinion of a machine” than the person who uses the machine six or seven hours a day.

Hebeka has assisted others with machine purchases through his local distributor: “I always let him drop in with prospective clients to see or use my new equipment, almost like a working showroom.”

“If there is any issue or delay with your install, you may need help from other cleaners to handle your workload for a day or two to avoid disruption to your operation or delaying customers.”

While a dry cleaner may look at new machine purchases as a negative, Hebeka recommends looking at the possible return on investment with reduced labor costs over time.

“Imagine shaving an hour or two per day off of payroll five or six days a week multiplied by four weeks; that can really add up,” he says. “That’s a potential savings of 20 to 30 hours a month in labor.”

“It’s much easier to train inexperienced operators on new finishing equipment than it was with older equipment, which saves you time and energy in the long run,” says Hebeka. “When a presser quits, you could have someone new pressing like a pro in just a few days with modern equipment, and that is a huge benefit.”

To read Part 1, click HERE, and click HERE for the conclusion with In The Bag Cleaners and how expenses can transform into benefits 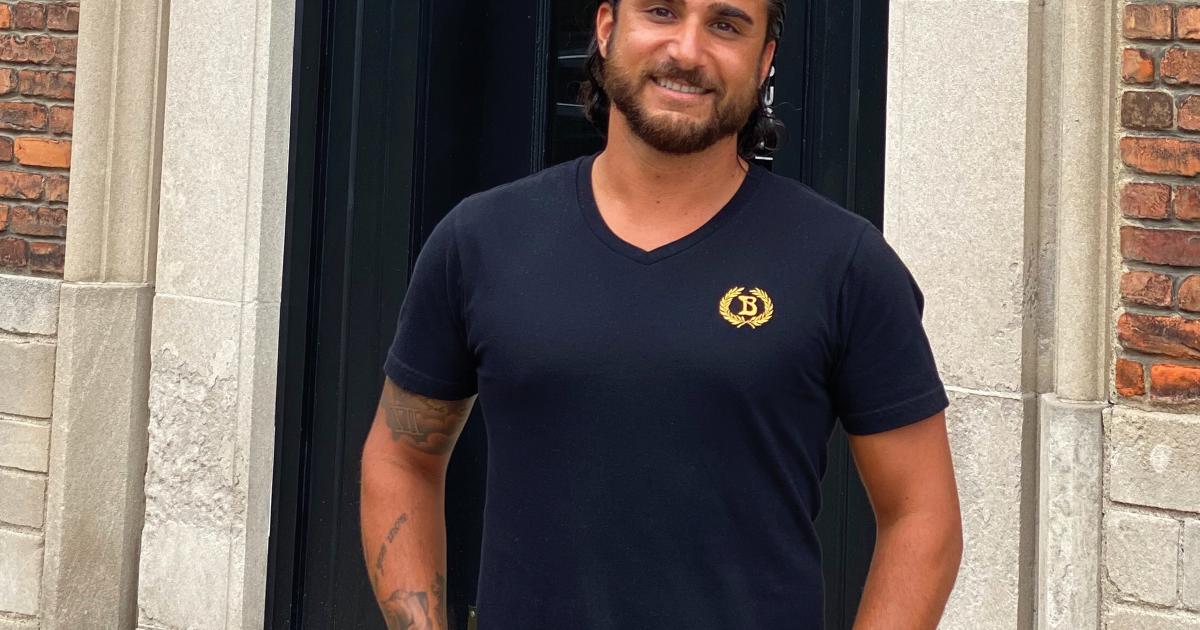 Joe Hebeka owns The Belding Group, which has three Michigan locations, including Belding Cleaners. When acquiring equipment, he prefers Friday installations, which give him and his staff the weekend to reorganize and clean the plant after the disruption. (Photo: The Belding Group)