Worldwide textile research group the Hohenstein Institute notes that Wentz held many leadership positions in textile industry organizations, such as the American Association of Textile Chemists and Colorists (AATCC), and the International Organization for Standardization (ISO) among others.

“Also, he was an active member of the American Apparel & Footwear Association (AAFA) where he was integral in the development of the Restricted Substances List used industrywide today,” it notes.

He served as a delegate and expert at ISO meetings that develops safety standards on textile and apparel performance. He collaborated with Nike, Walmart, Target and LLBean, among many other Fortune 500 companies on many levels.

“He had the credentials to meet with leaders in fabric manufacturing, garment manufacturing, and most importantly the government bureaucracy,” says Young.

“Dr. Wentz knew, long before many in the garment care industry, that our immersion solutions were going to need modification.”

Young explains that, “Each time we talked, in a group or one on one, he would touch on the subject of sustainability of our industry. Dr. Wentz wanted to do his part to ensure the future good health of the garment care industry for the foreseeable future.”

The strong voice and vision were on display when Wentz talked about the role people played in getting things done. He was quoted as saying: “If you treat problems holistically, you can solve them in the long run with solutions that are economically and technically feasible. But that requires a constructive approach and less self-interest.”

Wentz wanted the industry to look ahead. He once related in an article in American Drycleaner,  “If I have one criticism of the fabricare industry, it is that it is reactive, rather than proactive.”

Young says he came to understand that though they were pursuing the same goal, their perspectives were different.

“I quickly learned to listen closely when he spoke, his words were on point, and his baritone voice and accent commanded respect. Dr. Wentz forced many of us to embrace the need for change, and to keep looking for a more environmentally friendly method of handling textiles.”

David Dawson, retired president of R.R. Street & Co. Inc., reflects on Wentz: “He served as vice president of research & development and environmental affairs at Street for about 10 years before retiring with serious health issues. However, he continued to be involved in many aspects of textile science.”

Wentz was a true scientist, Dawson says. “His intellectual curiosity and thirst for information was insatiable, and he immersed himself in the work of textile research and standards-setting organizations around the globe.”

“This included developing meaningful relationships with the people that shared the same interests. He knew those relationships formed the foundation for the great things he and his colleagues accomplished.”

Gene Damaso was director of new product development at R.R. Street in 1995-2010. “Manfred, being a college professor, knew the value of R&D and let me explore totally new concepts. This proved important since the R&D we did provided new concepts for dry cleaning and in the end was profitable. Manfred was a very kind and gentle man who supported his people.”

Chris reflects that his father’s life was a beautiful mosaic of overcoming challenges.

“From being a young man in Germany that loved to read and study in a setting that made it extremely challenging to do so, to coming to America with his wife and daughter to study in a foreign land during a post-war time frame.”

Wentz battled healthcare issues and took the challenge of cancer with grace, never seeing himself as a victim, Chris says. He understood his condition, what needed to be done, and fought it for 19 years.

Wentz told his son he was grateful for the leaders of R.R. Street & Company, such as Ross Beard, Dawson and others. Chris related how they continued to support his father’s healthcare efforts and issues even after he left the company.

Tim Racette, who worked for Wentz at Street’s from 1988 to 1993, notes that Wentz was a great mentor, always giving of his time and willing to entertain virtually any question, but he was steadfast in his technical rigor, even in the most seemingly casual conversation.

“He was quick to pose technical questions and challenges that, more often than not, required digging deep to find the answers. In the process, I developed a more thorough understanding of the subject matter and became a more critical thinker,” Racette says.

What did Wentz meant to the fabricare industry?

“Dr. Wentz was a significant contributor to the drycleaning industry in multiple capacities,” he says. “His ability to distill complex processes and principles down to easy to understand terms, and his enthusiasm and willingness to share his knowledge, made him a particularly effective educator and highly-sought-after public speaker.”

Wentz was a strong industry advocate in regulatory matters, working collaboratively with the U.S. Environmental Protection Agency, the textile cleaning industry, and the textile manufacturing industry, on a range of issues, according to Racette.

While others choose to take an antagonistic approach to addressing regulatory matters, Dr. Wentz was always a proponent of addressing issues objectively with a focus on facts instead of emotion, he points out.

“This approach earned him the respect and ear of the EPA and industry officials. It also enabled him to build important bridges across seemingly wide divides that led to more constructive dialogue amongst all parties.”

As a scientist, Wentz contributed to a better understanding of textile cleaning processes and their effects on textiles.

He was active in industry trade groups that addressed a range of important issues, not the least of which included care labeling standards, and garment and textile testing standards, Racette says. “Much of his work had immediate practical benefits for those working in the textile care industry.”

(Check back for part 3 next Thursday.) 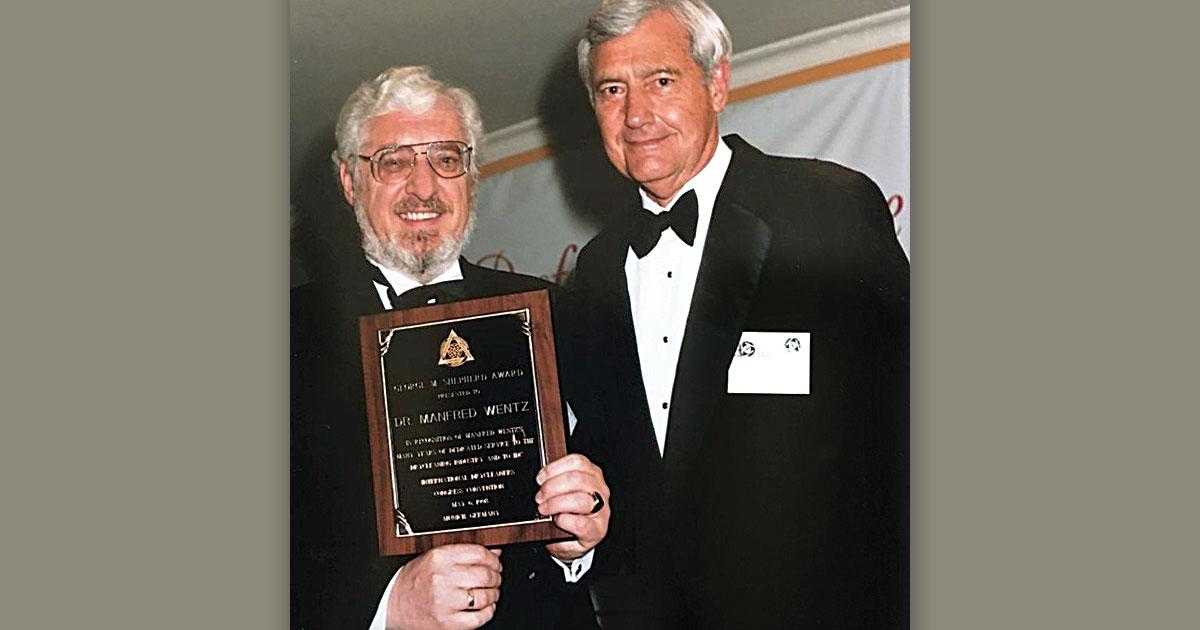 Dr. Wentz on left shown receiving a George M. Shepherd Award given by the International Drycleaners Congress (IDC) to strengthen international understanding and goodwill in the fabricare industry. “The award is being presented by Bill Pulley to Dr. Manfred Wentz on May 6, 1998, at the IDC convention in Munich. It is in recognition of many years of service to the drycleaning industry and IDC,” notes Chris Wentz. 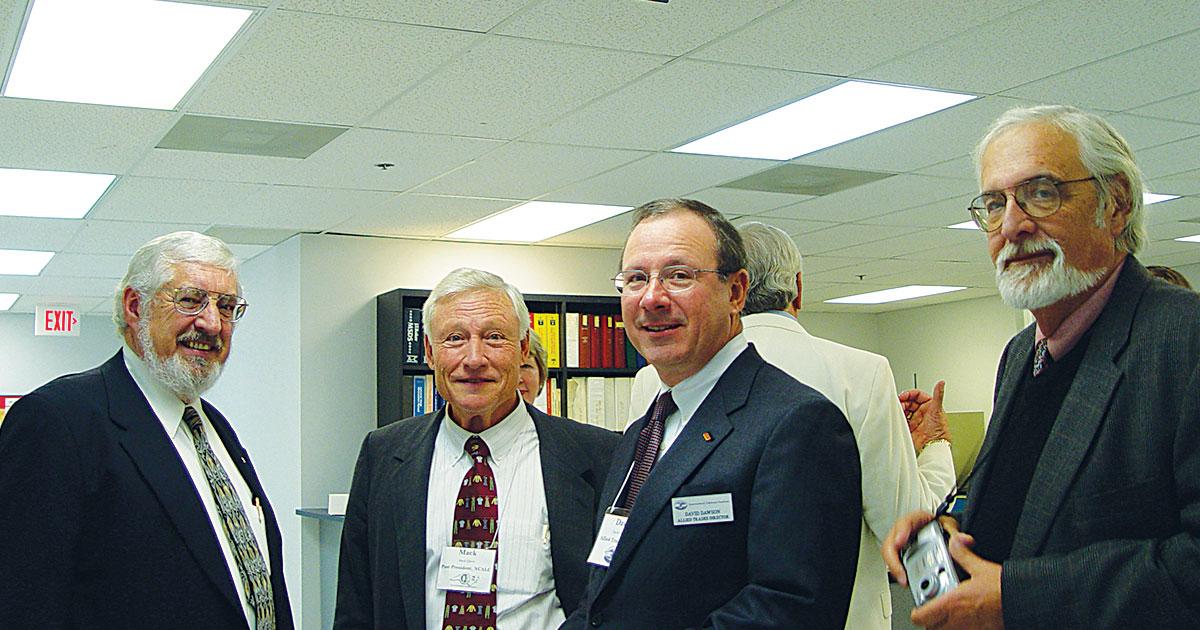 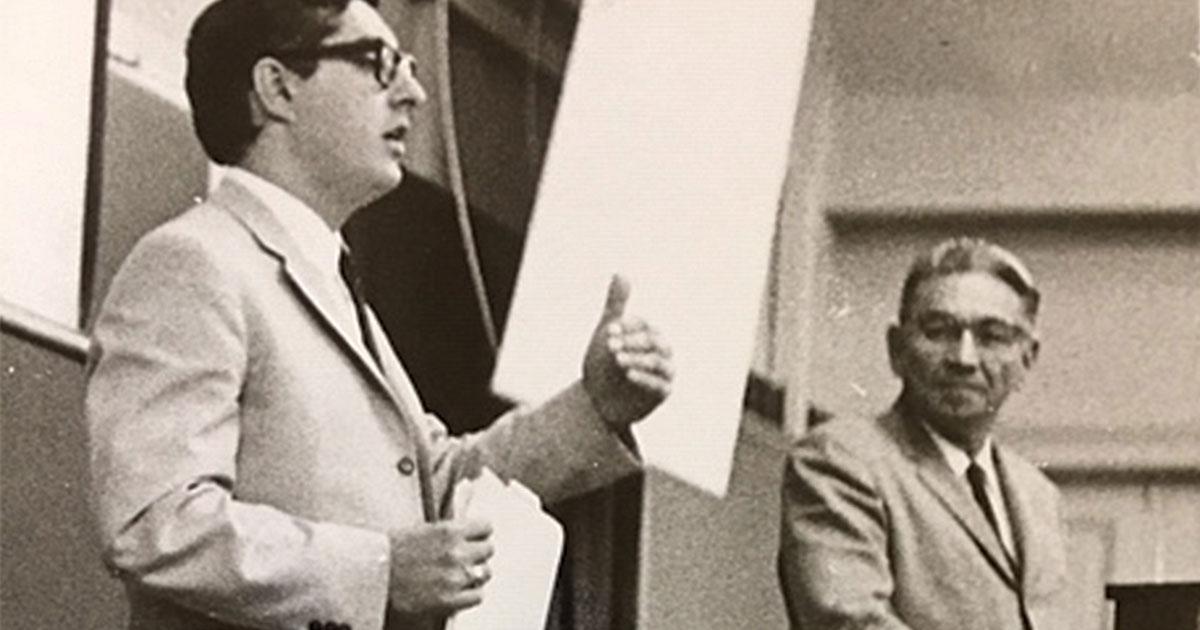 A young Wentz, on left, with his boss Al Martin, at an R.R. Street & Co. function. 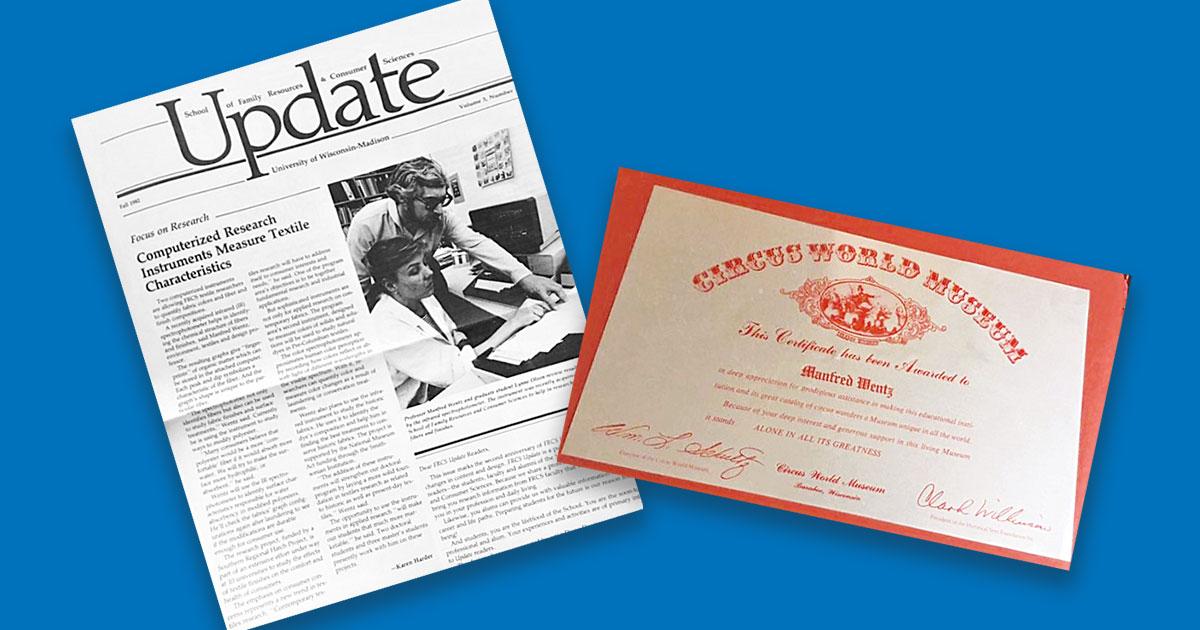 Left: Dr. Wentz and one of his graduate students, Lynne Olson, look at results of their new infrared spectrophotometer. Wentz also used this tool to get results on pre-Colombian textiles like the Tianako tapestry, the family notes. Right: Chris Wentz notes that, “Our dad treasured this special certificate from the Circus World Museum for his work with them.”