Wentz had many key stops along his textile career path, beginning at Bardusch Industrial Laundry in 1959-62 where he worked as a plant manager. He then went to work for Hohenstein Textile Research Institute in Germany, in 1962-65, as manager of its laundry research division. He came to the United States to work at the National Institute of Drycleaning (NID) / International Fabricare Institute (IFI), first as a research chemist in 1965-69, then as director of research in 1972-74.

Wentz was a professor at the University of Wisconsin in 1974-85, then at North Carolina State University in 1985-88. He worked for R.R. Street & Co. in 1988-98 as vice president of research & development and environmental affairs. He finished his great career at Hohenstein Institutes USA as director, and also served as head of the textile label and standards body OEKO-TEX® Certification USA in 1999-2009. Wentz retired in 2009, and died in 2016.

Wentz was born May 6, 1939, in Germany, a son of Christof and Emilie Hermann Wentz. He married Gisela Rosch on July 13, 1962. He graduated from the College of Textile Chemistry and Engineering in Hohenstein, Germany, in 1959. Later he earned from North Carolina State University a Ph.D. in polymer science in 1973.

Wentz came from Germany to work at the NID, which later became the Drycleaning & Laundry Institute (DLI) of today.

“I first met Dr. Wentz in the late 1990s,” Young recalls. “I had read several of his contributions to trade publications, many times challenged by his scholarly approach to garment care.

“The State of North Carolina had mandated a study of the predominant drycleaning solvents at the time. I was recruited to offer insight to the day-to-day operation in the newer isoparaffin petroleum/hydrocarbon plants. I had no idea that the vision of Dr. Wentz went beyond the room and into the future.”

That vision Young speaks of was always on display throughout fabricare. A Technical Bulletin from 2000 pointed out that the IFI joined a study on setting standards for wet cleaning and petroleum dry cleaning. It noted how research would play a key role in evaluating those methods and Wentz was shown prominently in an accompanying photo.

Bill Fisher, CEO of DLI from 1995 to 2011, relates this about Wentz: “I think Manfred is best remembered and celebrated for his work while at N.C. State, essentially showing that ‘not’ drycleaning garments was more harmful than dry cleaning. Keep in mind that this was in an era where many consumer advocates stated that dry cleaning ‘wore out clothes,’ because of the deleterious effects of dirt particles abrading and damaging fibers.”

Fisher worked for Wentz. “I was Manfred’s lab technician from 1965 to 1969, and a research engineer under him from 1972 to 1976. Manfred was an excellent teacher. He helped instill in me an ethic that I think helped me as I became director of research after him.”

Fisher recalls that Wentz’s work at the NID was related to research on drycleaning chemistry.

“He spent a lot of time on aspects of primary, secondary, and tertiary solubulization. That’s where the solvent dissolves the detergent and the detergent will carry and dissolve small amounts of water in itself,” he explains.

“We also worked extensively on the water-carrying abilities of commercial drycleaning detergents.”

Fisher remembers Wentz as a warm, genuinely caring person who was devoted to his family.

“We had a good working relationship. I admired him greatly.”

Check back for Part 2 on Thursday. 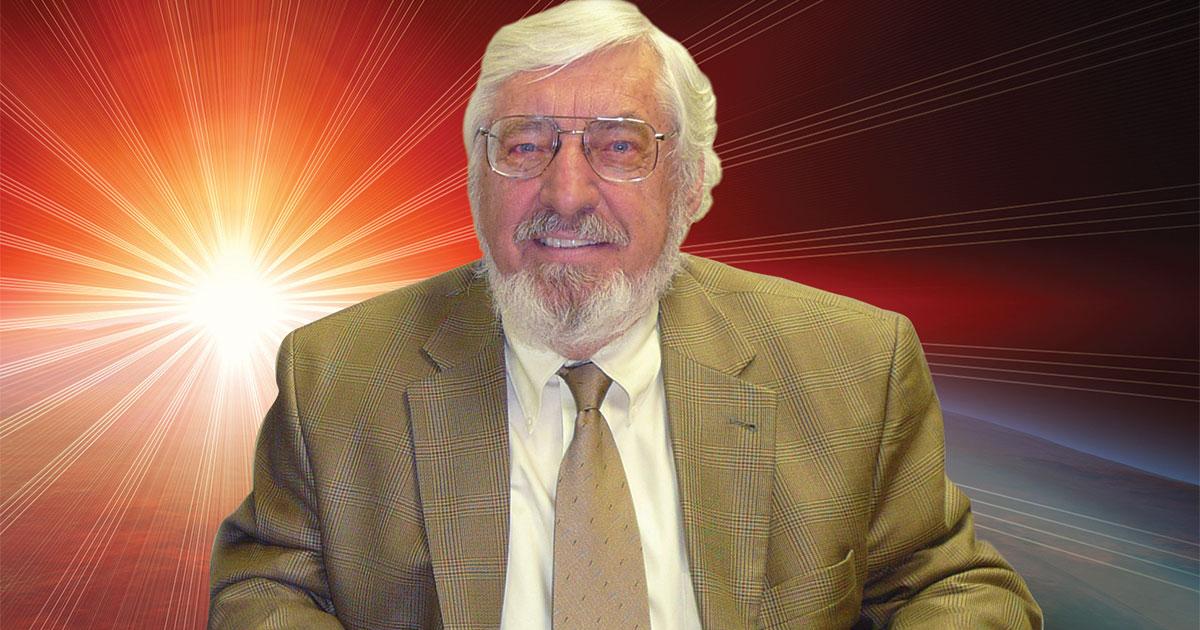 Dr. Manfred Wentz is the recipient of the very first ever American Drycleaner Publisher’s Impact Award, now presented this January, 2020. Wentz was the director of the Hohenstein Institutes of the U.S. and head of the OEKO-TEX® Certification Body. He was also VP of Research & Development and Environmental Affairs at R.R. Street & Co., Inc., located in Naperville, Ill., among his many other titles. (Photo: Hohenstein Institute) 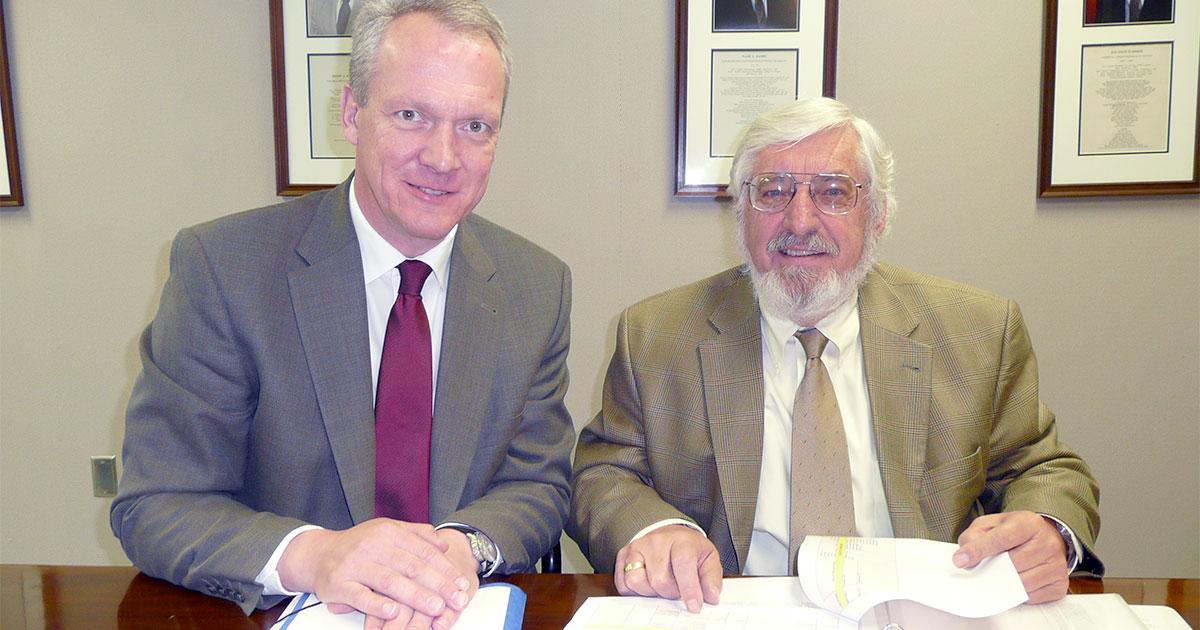 Dr. Wentz, on right, shown conferring with Prof. Dr. Stefan Mecheels, third generation family owner and CEO of the Hohenstein Institute. Wentz came to work for Hohenstein, located in Germany, in 1962, as manager of its laundry research division. Upon Wentz’s retirement in 2009 Mecheels had said, “The shoes we have to fill, namely yours — Manfred Wentz — are big. We will make every effort to continue the work you have been pursuing.” 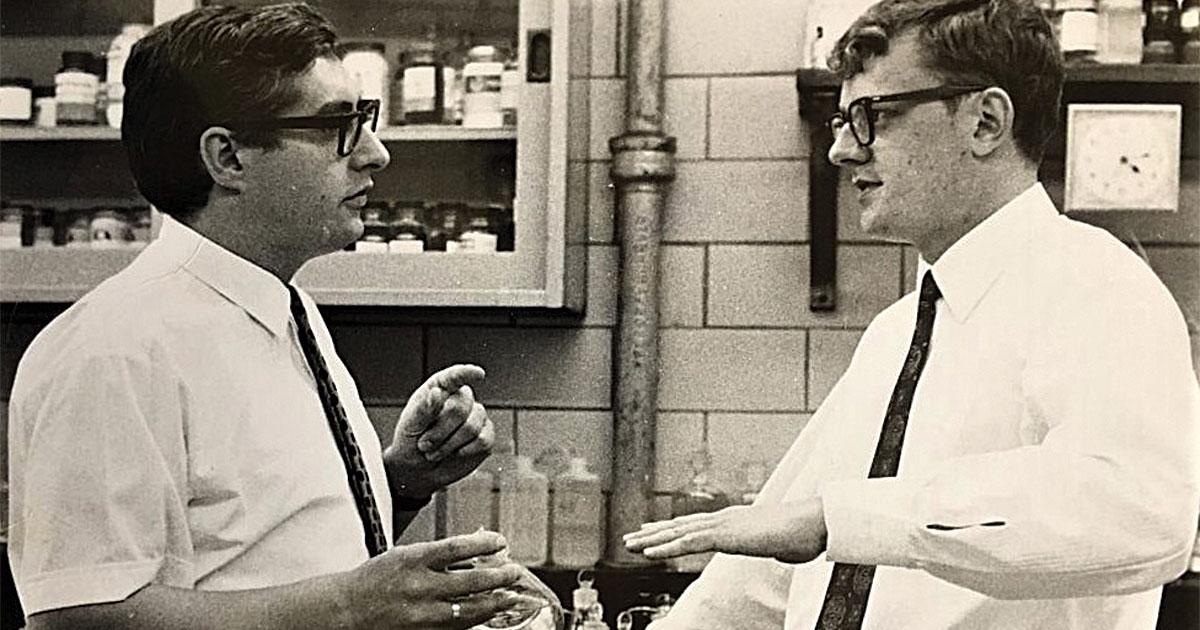 Wentz, on left, gets a visit at the International Fabricare Institute (IFI) from his former colleague Klaus Beutel from Germany. 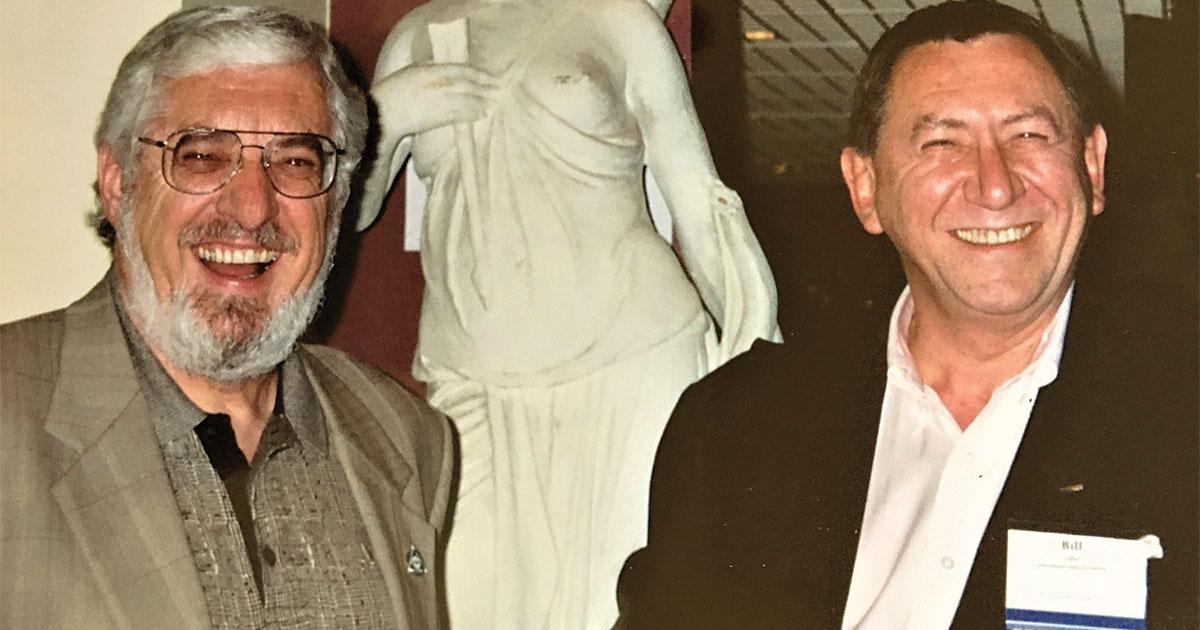 Dr. Wentz, on left, having fun with Bill Fisher, CEO of DLI from 1995 to 2011, during an Australian convention. Fisher started at the National Institute of Drycleaning (NID) working for Dr. Wentz in 1965. Recollections from Fisher: “I was Manfred’s lab technician from 1965 to 1969, and a research engineer under him from 1972 to 1976. Manfred was an excellent teacher. He helped instill in me an ethic that I think helped me as I became director of research after him.” (Photos courtesy of the Dr. Manfred Wentz family: wife Gisela, daughter Sabina and son Chris.)