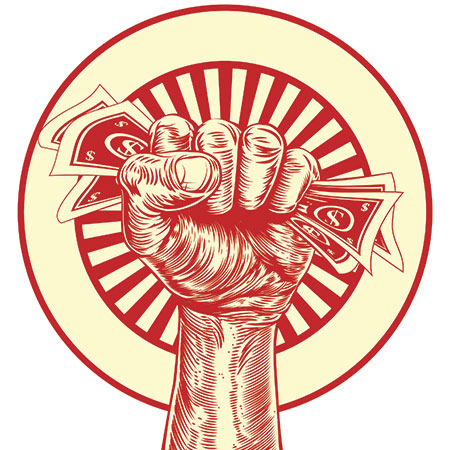 EVANSTON, Ill. — Dry cleaners across the nation will soon face the same problems now confronting those in Chicago: how to maintain profit margins when paying higher wages due to new local ordinances raising minimum wages.

The Windy City’s $8.25 minimum wage jumped to $10 an hour on July 1 and will increase incrementally to $13 an hour by 2019. These higher minimums make higher productivity a must for dry cleaners.

The industry has never been known for paying high wages in labor-intensive central plants, where labor is about 45% of operating costs. These new rules will not only affect dry cleaners in areas covered by the new rules but also those in next-door communities, because some workers are ambitious enough to make extra efforts of job-hopping to cleaners offering extra pay, despite the “PITA Factor” (more on that in a moment).

Who will be most affected?

They will be forced to raise their wages immediately as the new regulations dictate. These cleaners will either to have to raise prices, improve employee productivity, or accept lower profit margins.

They will be forced to raise their wages to prevent their best workers from job-hopping to local competitors paying the higher mandated rates. Ambitious workers with the drive and ambition to make extra efforts for extra pay are most likely to switch jobs. These are the best shirt pressers, clerks and assistants that cleaners want and need to retain, even at higher pay levels.

They will be forced to raise their entire wage scale for two reasons: first, because their higher-skilled central plant employees—spotters and dry cleaners—will want higher pay than their lower-wage counterparts; and second, because of the egotism and self-respect of higher-skilled workers who view themselves as “better” than minimum-wage workers, and will demand more. Their sense of entitlement is powerful. Again, boosting employee productivity is the best way to maintain profit margins.

THE ‘PITA’ FACTOR AND WHY IT’S IMPORTANT

Simply put, the “PITA” factor—or what I call the “Pain in the Arse” factor—is the ease and convenience with which an employee can switch to a job paying the higher mandated wages—and the need to raise their wages to retain them.

Because ease trumps ambition, how quickly employees will seek the higher-paying jobs depends upon the PITA factor. It has two elements, says Antonio Baxton, spokesman for the Regional Economic Development office of the Illinois Department of Commerce and Economic Opportunity.

The first element is distance. If a higher-paying job—say a store clerk/assembler or shirt presser—opens up in a cleaner less than a mile away from an employee’s home or current job, there is about a 95% chance the worker will make the effort to switch jobs. If the job is about three miles from home, there is a 60% chance the worker will job-hop. But if the higher-paying job is more than five miles away, the worker is extremely unlikely (maybe a 10% chance) to move. The effort of the extra commute isn’t worth it.

The second is convenience. The fewer headaches involved in the commuting, the more likely an employee will switch jobs.

If the commute just means a longer bus or rapid transit ride, a worker is far more likely to switch than if the commute to the new job involves several buses or trains, or walking more than several blocks at either end of the ride. The PITA factor means many job seekers choose ease over ambition.

Employers wanting to retain top-notch workers will have to increase their pay rates. The PITA factor is less of an irritant to ambitious workers than to their more indolent counterparts for whom a sense of entitlement builds so large.

Dry cleaners face declining profit margins unless they improve current worker productivity so they can afford the newly mandated pay rates. The alternatives are investing in labor-saving equipment or increasing their prices to cost-conscious consumers. But how to improve employee performance, and what is the better performance worth?

Good examples of overhead costs are rent; real estate taxes; initial capital investments in equipment; computer software and hardware systems; websites and marketing; and professional services like accounting. Whether business is good or slow, these costs remain fixed. Prudent dry cleaners try to keep their overhead low and watch these expenditures like hawks.

Good examples of operating costs are labor, the cost of materials (hangers, plastic garment wrap, etc.), and utilities. The greater the volume of business, for example, the larger the inventory that is needed. The longer the hours of business are, the more hours that employees must be there—and paid—to attend to customers.

Labor is often more than 40% of a dry cleaner’s total operating costs. Materials are another 15-20%, and utilities are about 10%. Obviously, the more productive employees are, the fewer of them are needed, thus lowering a cleaner’s biggest cost segment. By improving employee productivity, a dry cleaner can keep prices level and maintain profit margins despite the higher pay rates mandated by the new minimum wage laws.

Check back Thursday for the conclusion: Three choices for smaller businesses, and effective motivators