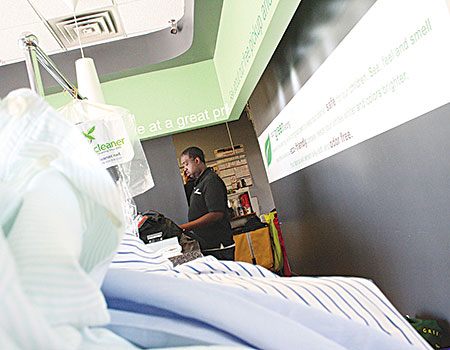 Factors to consider: Assets, profits, and state of economy

PEMBROKE, Mass. — How much is your drycleaning business worth?

Many of you debate this question endlessly. After all, you’ve put your heart and soul into your enterprise.

Yes, you’ve drawn a good living, but there must be something extra for your entrepreneurial skills. In this hardscrabble economy, it is a feat just to keep a business going. There is extra, but it may not be as much as you think.

First of all, these aren’t the grand old days, where you could, if lucky, get 100% of the sales dollar.

Thirty years ago, if you did a million dollars in volume for three steady years, you might have gotten a million or $800,000 for your business. Those days are gone.

For one thing, this is a tougher economy to do business in. Casualwear has sharply reduced demand.

Secondly, the United States is no longer the economic powerhouse it was in 1975.

Other economies — China, Germany, the EU — have gained ascendancy. One obvious cause is that the country has lost a portion of its manufacturing base.

The husband and wife, who both work 50- to 55-hour weeks, take that money out as income. In addition, the company employs three part-time workers. Equipment is valued at $50,000 to $100,000. The business is situated in a higher-end neighborhood and has a loyal customer base.

How much is the business worth?

My formula is: worth equals value of assets plus value of goodwill as a going business.

Of course, the new owners might toss out the equipment and replace it with a newer cleaning machine, new susies, new presses, new computer, and new rails, whatever. So there is a wide difference of opinion as to the value.

Without seeing the equipment, let’s go on the lowish side of the range at $65,000. If we could see the equipment, we would examine each asset, but since we can’t be there, let’s simply make a lowball estimation. Moreover, having a small drycleaning shop using $65,000 assets is appropriate.

The business has been running for 18 years. The question is: What profit is achievable? That is the best determination of goodwill. The company revenues are $240,000, while expenses are $130,000, so that leaves $110,000 profit.

What we have to do is separate wages, which is an expense, from profit, which is the remaining sum after expenses. The owners draw $110,000. What portion is wages for their effort?

Considering that two people work 50-hour workweeks, taking home $110,000 is not unreasonable wages. On the other hand, the drycleaning trade does not pay high wages.

Let’s say a new owner bought the business, and he worked a 50-hour workweek. Assume he drew a $40,000 salary. He would have to hire someone to take the seller’s wife’s place. Say he could pay this person $40,000.

So, from this analysis, we will assume that the business is now earning at the rate of $30,000 profit a year. That’s 12.5%, which is more or less in order with existing small-drycleaner figures.

The next question: Is this business sustainable?

That’s the goodwill factor, for it is a reasonable assumption that the buyers will reap this profit for the next three years. But if the business is marginally situated, the multiple might be two.