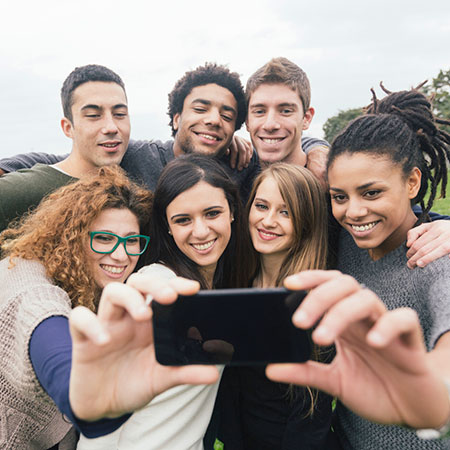 ATLANTA — As the quantity of ads per prospect is increasing, marketers are turning to behavioral psychology for an edge over competitors. During his Clean 2015 presentation, How to Sell to the Selfie Generation, Ricardo Gonzalez, social media coordinator for the Drycleaning & Laundry Institute, described why customers switch companies and make purchases, and how it all applies to selling drycleaning services to a self-absorbed, Internet-connected generation.

Early in his marketing career, Gonzalez was charged with updating a college’s established marketing strategy to something that would appeal to “millennials”—people born between 1980 and 2000. When he found his efforts were floundering, he searched for experts in the field and connected with Stanford-educated Ramit Sethi, who sells personal finance courses online.

“He said his goal, when researching a new customer set, was to understand their hopes, fears and dreams better than anyone else,” Gonzalez says. “What he really wanted to know was where they shopped, why they shopped there, what they read, and what media they were using to get that information.

“Most importantly, he wanted to understand why a customer that would benefit from a service wouldn’t buy it and how to use psychology to change their minds.”

At any given moment, people believe they know what they want for the rest of their lives, Gonzalez says, but what someone wants at age 20 is very different from what they want at 30, 40 or 50.

There are more millennials now than baby boomers, he says, and by 2025, that generation will represent 75% of the U.S. workforce. Millennials are changing behaviors from previous generations due to having less money (many entered the job market during the Great Recession). They’re less interested in owning homes and cars, and they’re more careful about their spending.

“They’re using technology to find company information, reviews from other customer experiences, and price comparisons,” he says. “Those of you who have been neglecting your web presence should really start looking into that now more than ever.”

Millennials are drawn to companies that utilize social media, because texting, tweeting and blogging is a primary means of communication for them.

With a better understanding of millennials, it’s time to apply some timeless sales strategies, Gonzalez advises:

Deliver Value — Put the customer at the center of your world, even it means taking a temporary loss. He used Chipotle as an example. The restaurant chain uses ethically raised meat in its dishes, and when a supplier failed to meet its standards, it suspended the sale of pork. This hurt sales for a time, but customers took notice of its value-based position and continue to support it.

Positioning — The basic approach is not to create something new and different but to manipulate what’s already in a customer’s mind, to fortify connections that already exist.

Most people know George Washington was our first president, but fewer know the second and so on. Likewise for the tallest mountain in the world, Everest, but fewer as the peaks become smaller.

Being first doesn’t necessarily mean being first to create a certain type of product, he says, but the first company whose marketing and services are actually memorable to the customer.

For example, for a shoe company that sells online, like Zappos, customers can’t try on a shoe before buying it. The solution: offer unlimited returns.

“What prevents 25- to 35-year-olds from using a dry cleaner?” Gonzalez asks rhetorically. “Do they know why dry cleaning is important? Do they understand that it’s not just meant for the suit owner, that you can use it for many more things?”

Making business changes based on your research probably won’t be easy, he says, but the cleaner willing to evolve stands to profit from the next generation.