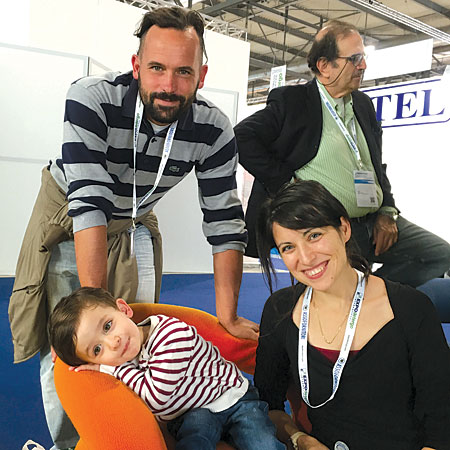 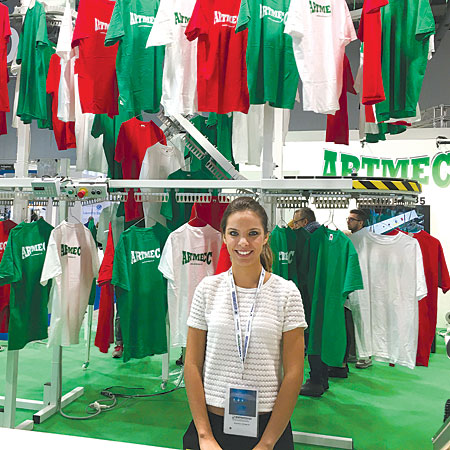 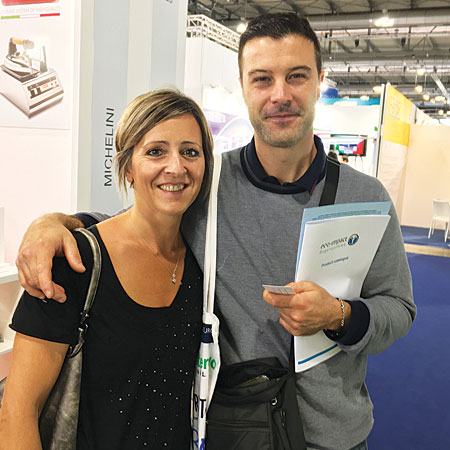 EXPOdetergo was all about “famiglia,” and that means family. It was a real Italian family-affair for drycleaning owners and laundry owners (both coin-op and OPL), at this every-four-years show, staged in Milan, Italy, in October.

A young drycleaning owner husband and wife with their young son came to the show to, as the mom put it, in broken Italian, “Be together, get away from the shop, have some fun, and see new things!”

For attendees, that feeling she expressed really sort of said it all to describe the local flavor of the show.

This drycleaning and laundry equipment event was, in no particular order ... stylishly dressy — brightly lit (almost to gleaming) — and, yet, with an overwhelming family atmosphere, nearly carnival-like.

Booths and aisles were always busy with exhibitors talking to attendees, practically always in Italian, and also plenty of networking was going on between business associates, cronies and partners at in-booth back tables and side rooms. And then in the mix, everywhere, were the family business owners, with their children along, balloons and gelato in hand, and parents pushing strollers; couples hand-in-hand; and multi-generational families, taking in the bright show.

In the shifting crowds on a sunny Saturday, I meet a young couple and the husband speaks English! He’s Stefano, from Verona; “Think ‘Romeo and Juliet,’” he laughs. He specializes in cleaning leathers — jackets and pants. They’ve come two hours by train to EXPO looking for “little ideas,” as he puts it. “I have a tight budget,” he grins. They let me take their photo, then they casually rejoin the winding river of families flowing by.

EXPO catered to the local Italian family owner for sure. In between the carnival feel, there were important equipment rollouts to the European market, ones that will eventually also be seen at the U.S. Clean Show in June.

“Renzacci has two new machines for dry cleaning rolling out to the European market,” explains Marco Niccolini, general sales and marketing director for the firm. “This show is very important,” he relates, noting that he believes it is the number one show in Europe.

The machines are called Excellence and feature soft wash, with Sensene. Then he shows the new Intellectus app to operate coin-op machines, also being rolled out. His booth, like others, is full of traffic and gleams under the bright show lights inside the expo center.

Over at Unisec, also called NY Machinery, two new machines are also being rolled out for this show and also will be at Clean.

“We’re writing orders here,” notes Merce Porta, general manager at Unisec. She points out the two 8-kilo, 2-solvent tank hydrocarbon machines and says, “The one called the Junior HCM has distillation, the other called EcoPlus has no distillation.”

At Firbimatic, Katia Marescotti, sales export department, points out its new machine, the Eco 40 Green Advance. “We’ve seen mostly dry cleaners at this show, and only one from laundry,” she relates.

But there’s plenty of laundry here. Datamars tells of great attendee interest in its new Portal+ RFID system rolling out to Europe and heading for pilot testing in the U.S. and U.K., notes Riccardo Mazzolini, general manager of the company. “We’ve seen one U.S. customer at this show,” he says. But adds that they’ll also be coming to the Clean Show.

With Italian colors of red and green festooned everywhere, almost everyone speaking Italian only, and the sounds and smells of rich expresso (which the locals just step up and order at coffee bars as “Cafe, uno!”) this show couldn’t have been mistaken for anything but an all-Italy and all-Italian affair! (Anyone sampling the rich gelato ice cream could attest to that as well!)

All told, 277 exhibitors, many local from Italy, stretched out their wares in roomy, carpeted booths across two spacious exhibition halls opened up and made to almost feel like one big hall. It felt like thousands of visitors across four days came to the Fiera Milano Exhibition and Trade Centre, and EXPOdetergo released the attendance figure, stating there were 20,756 visitors.

Well-known companies such as Ilsa, Trevil, Dexter, Milnor, Whirlpool Corp., Safechem, Alliance, Union and more were here, along with Italian firms and others, to show equipment, but also to have a presence in the European market. As Matt Hericks, international sales manager for Dexter Laundry, also points out, “We’re here looking for good partners.”

Rick Kelly, VP sales and marketing for Milnor, says this show is “Very active with the first day commercial laundry,” and notes dry cleaners come on the weekend.

The stylish EXPO locale sat far north of the center of Milan, an architecturally rich, yet upbeat city of fashion. Inside the exhibit halls, equipment was showcased as richly as dishes of cold gelato on display behind glass.

A woman who owns a laundry operation in a town nearby Milan, walking the aisles with her family, says in broken English that she is “Here to find a tunnel washer.”

Another family, this time four sisters who own a drycleaning operation, pass me speaking only Italian, but one pauses and says to me in decent English, “We like coming to see equipment — to generate ideas.”

I could end this show wrap-up with the word “Ciao!” Which means goodbye. But that doesn’t describe EXPOdetergo, or this part of the world, where everything revolves around famiglia — it is, truly, a family affair!