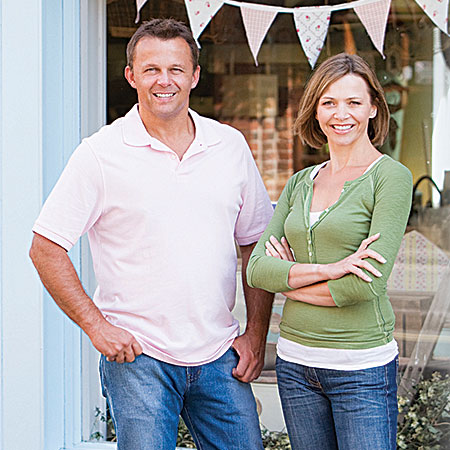 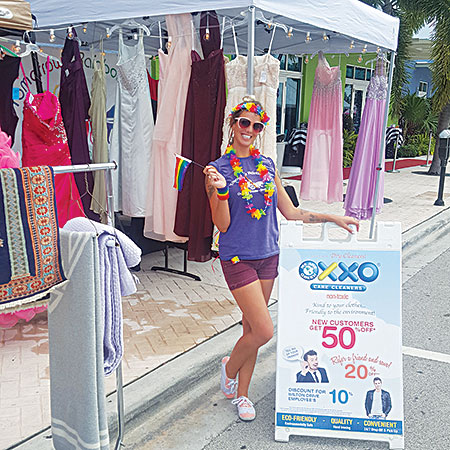 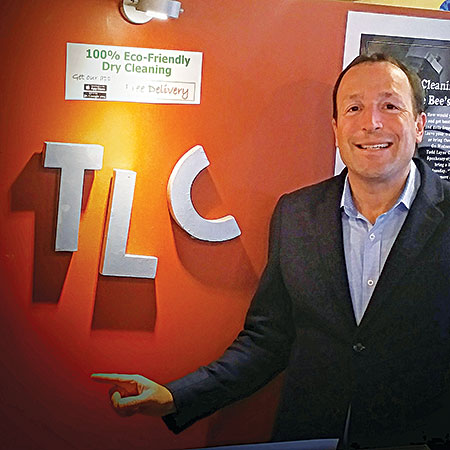 Dry cleaners dedicate themselves to helping local communities through charities

Dry cleaners get involved in their local communities and give back. That is undeniable.

About charitable deeds, Tom Zengeler, president of Libertyville, Ill.-based Zengeler Cleaners, says, “These efforts are driven by our shared belief that it’s important to support the communities we serve, not to get publicity or a ‘pat on the back’ because of the things we do.”

“Finding a charity that is locally relevant is important,” says Todd Ofsink, who has owned New York City-based Todd Layne Cleaners since 2006.

“With homelessness increasing in recent years in New York City, we feel that it is important to keep the less fortunate clothed and clean to increase their employability,” says the certified business analyst and coach. His operation offers 100% eco-friendly dry cleaning, mainly to the millennial market through app, website, e-mail or text.

“Donating to charities that are locally important will also show customers that you care about the well-being of the community,” he notes.

His operation donates regularly to the Stephen Wise Freedom Synagogue Next Step Homeless Shelter, which helps homeless men who are in a transition period to get back onto their feet. The shelter provides them with food and a warm, safe environment.

Promoting the charity your drycleaning operation is involved in can effectively get the word out and give clients the opportunity to donate.

“There are many ways to get in contact with customers about charities,” Ofsink says. “Mentioning it on your website, e-mailing customers about it, creating in-store signs can all get the word out. Going into detail about what exactly the charity does will get people on board and encourage them to participate.”

Dave Beatty, current Drycleaning & Laundry Institute (DLI) president and the owner of Murrysville (Pa.) Cleaners for more than 30 years, also discusses how to spread the word about making contributions to good works.

“The best way to promote your charity program is by word of mouth by your counter staff, route drivers, and don’t forget to use all the social media sites they are on,” says Beatty.

Beatty, who runs his operation with the help of his wife JoAnn, son Grant and daughter Melissa, says, “Include it in any advertising that you currently do. I would also send out press releases to your local papers with all the information on dates and times and what you are doing.

“The most recent charity event we did was to collect supplies for a local no-kill animal shelter. This was very successful and we collected hundreds of items, including beds, carriers, collars, leashes, and a large amount of pet foods and treats for the animals.”

Dry cleaners are a “very hardworking and generous group and we can probably always do a little more for our local areas if we can find the time to put these programs together,” Beatty says. “You won’t be sorry that you did!”

Buddy Gritz, owner of Presto Valet of Virginia Inc., in Alexandria, entered the business in 1967 and assumed ownership from father-in-law Harold L. Weisblut when he retired in 1974.

To advise a dry cleaner to get involved and pick a charity, Gritz says to: “Figure out what the needs are in their local community. Seek charities that spend a high percentage of their income on services that directly benefit the intended recipients rather than on fund-raising expenses or corporate salaries.”

His operation, which specializes in custom drycleaning and laundry services, alterations and shoe repair, and for more than 20 years has been processing costumes for prestigious theaters in the Washington, D.C., metro area, collects thousands of new toys annually for Toys for Tots.

Also, each year, his operation collects and makes monetary donations to the Red Cross that specifically targets U.S. disaster areas. Donations have been also been collected for the Montgomery County (Md.) Stroke Association and the Avon Walk for Breast Cancer.

Shoes collected from his store’s generous customers are given to the Alexandria Country Day School, which distributes them to the needy.

Suggestions from Gritz on getting the word out effectively about your charity work: “Distribute flyers in the store. Put up posters in the store. Encourage staff to inform your customers. Post notices on your website and announcements on your Facebook page.”

Salomon Mishaan, president of Hollywood, Fla.-based OXXO Care Cleaners, runs a drycleaning franchise that has a presence in more than 40 U.S. cities and is active in many charities.

“We do events for Tomorrow’s Rainbow (which provides grieving children, teens and their families an emotionally safe environment for hope and healing through guidance, education and support), “green” fairs, and yoga in the park,” says Mishaan.

“(We) raise funds for the local community where we help collect for the different charities. We have partnered with other local business as we did with NBC where we collected toys for needy kids on Christmas. We collected money for Haiti after their unfortunate natural disaster.

“We also work with schools to help them raise funds for their local sport teams. We are also big on promoting Earth Day and all the advantages of doing things to save the earth.”

Mishaan notes that there was a good turnout for the walk supporting Tomorrow’s Rainbow last summer. And during Breast Cancer Awareness month in October, OXXO personnel made stickers to place on all garment packaging so they would generate donations for the American Cancer Society.

“We have a very reachable audience just through our customer base,” he says. “When we have a charity event we are involved with, we send out mailings to the general public, but the most direct is attaching a small flyer with the information directly to our customers’ hangers.”

Dry cleaners are no doubt aware of their local and national charities, but for anyone looking to do more with their giving or are just starting out, how might they find a charity to get involved with?

“The way we go about it, is seeing the immediate needs in our community, and the easiest is donating the left-behind garments to organizations or churches that need them for the less fortunate,” Mishaan says.