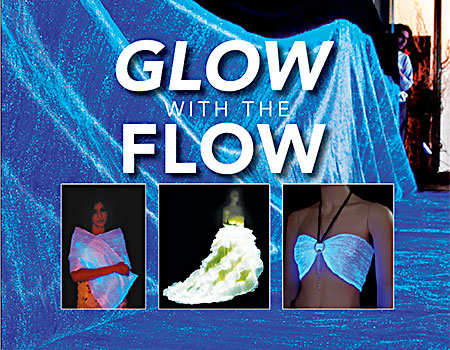 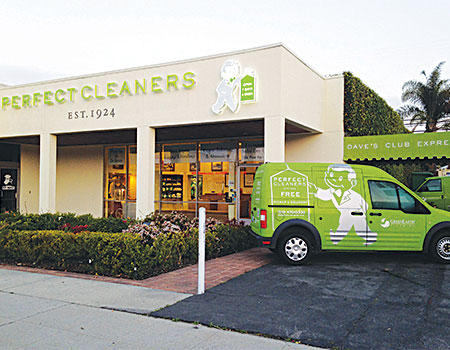 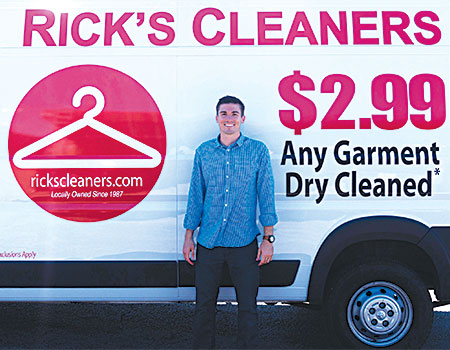 When smart clothing arrives, cleaners will have a role

Here they come: wearable-tech clothes, hitting your counter soon, or maybe even today.

Not yet a full-on commercial reality but getting closer by the month, e-fabric let’s call it (e-fab for short), is practically here. These clothes have pockets for electronic devices, or further, sensors attached, or the ultimate, wires intertwined. Are drycleaning operators seeing any “electro-duds” yet?

“Yes I have heard of it,” relates third-generation drycleaning owner Dave Suber, who runs West Los Angeles, Calif.-based Perfect Cleaners, in business since 1924. He says: “we have a few clients that are in the entertainment industry and have brought us some jackets and pants with wiring.

“I think it’s a high-tech gimmick-type clothing, some of the pieces did light up and one had a smart pocket in the inside breast pocket to connect to the phone,” Suber says. “What it actually did I am not sure.”

Cleaning these smart clothing items will take some adjustment by the fabricare industry. Very fine care and hand spotting will come into play.

Suber points out that these items will need to be inspected closely for wiring and batteries that are sewn into fabric, and a release on all items will be necessary.

“These items,” he relates, “will require special care from a high-end cleaner. Most items will have to be spot-cleaned only. We have to be proactive in handling these items as the manufacturers did not take into account the cleaning process when designing these.”

Smart shirts may someday be advanced enough to sense your mood, and reflect it outwardly in your clothing hues, but these garments won’t be able to talk to you and tell you how to clean them.

What might we expect to see on the racks for smart clothing, sooner rather than later?

Enter Ian Noble, owner of Rick’s Cleaners in Austin, Texas, with 16 locations and 4 plants: “Wearable fabric is on the rise. There are many companies ranging from mega manufacturers to startups that are incorporating ‘smartness’ into our clothing.”

He feels this smart clothing can be used to track “distance, heart rate, calories, play music, as well as many other things and usually transfers data through a Bluetooth connection with your smartphone.”

Noble also thinks that, “riding the wave of the increased ability to monitor personal health and connectable devices, the smart wearable technology we already see online should be somewhat more noticeable on the shelves of our retailers over the coming years.”

Lighted garments have been seen on the runways of fashion shows for years. Creative and show-stopping, they have given designers new ways to market. But they’re getting more advanced.

It’s pretty clear e-fabrics are going to be not only produced for their services but for entertaining.

The uses will without a doubt astound us. Humans have a knack for stretching techie innovations to lengths beyond belief. Why not clothing? Why not mood-driven color changes on your tie or scarf?

“Smart fabrics have been researched and developed to a greater or lesser extent for over a decade, and while it is forecasted to make a tremendous impact on the tech, fashion and households industries, to date that expectation has not been realized in the marketplace, says Nora Nealis, National Cleaners Association (NCA) executive director.

The future of smart fabrics, she mentions, their likely uses and market penetration, was featured in speaker Lorynn Divita’s presentation to fabricare audiences on the topic of fashion trends this year.

“To date,” Nealis points out, “cleaners are seeing a few ‘smart’ garments, usually in ski and outer wear, and mostly designed as a facilitator for other tech gear such as iPods and Fitbit.

“These items generally carry washing instructions, and cleaners need to hone their wet cleaning skills if they are going to be prepared to process them in greater number.”

According to Alan Spielvogel, NCA’s tech director, “the ‘smart’ textile garments NCA has seen in its garment analysis lab have mostly been submitted by members who experienced dye crocking or similar defects, not failure of the tech features.”

NCA reports that it has been closely watching the R&D on smart textiles, especially Google’s Jacquard project and the millions of dollars being granted to institutions like Cornell, MIT and others.

“What these researchers are looking at developing ranges the gamut from permanently clean textiles to health-related monitoring,” says Nealis.

“Whether their dreams will ever be realized is open to discussion, but it’s a safe bet that in the future cleaners and launderers will be seeing decorative fabrics and garments that in some way, shape or form incorporate smart tech,” she adds.

Given the unexpected market response to Google Glass, Nealis continues, “nothing in mass marketing is certain, but strangely enough the fabricators NCA has spoken to particularly predict a market for household fabrics that would respond to voice commands that would lower lights, increase volumes, activate an alarm, turn on the television, as well as applications in the healthcare industry, textiles and workwear.”

She notes that the NCA doesn’t believe that cleaners will see an onslaught of tech-enabled textiles in the near future, but believes its day will eventually come.

As far as care goes, Nealis points out that the focus of care labels to date has been on laundering or spot cleaning, so again NCA encourages members to become comfortable in enhanced wet cleaning.

“If and when the day comes that smart fabrics permeate the athleisure wear, fashion, decorative and/or household fabrics,” Nealis says, “wet cleaning and laundering are going to play a major role in the professional care.”

Imagine your very first time dealing with e-fab: a customer comes to your store in the falling light of evening, glowing all the way to your front door, showing off her latest, most stylishly luminescent coat, slipping it off, tossing it on your counter and asking you to dry clean it. Can you?

The mass market capability of wearables is really an unknown right now.

Noble believes that, “the niche of people interested in this is relatively low enough to keep dry cleaners comfortable for quite some time. We may need to adapt our practices in the future, but it is too soon to fully prepare for it now.”

He thinks it will be interesting to see how the adaptations of new garments will affect the ability to clean them and their longevity.

“Although I’m defined as a millennial by my age, 29, rest assured, there has been zero mention of smart clothing by my friends, family, or peers. I believe the focus will be on the advancement of wearable devices and their capabilities before diving all-in on fabrics.”

American Drycleaner caught up with David Cotter, CEO of the Textile Care Allied Trades Association (TCATA) located in Tampa, Fla., to ask him about these “concept clothes” and where this might lead.

“It’s good that we’re looking at this area and seeing what might be coming down the road,” says Cotter. “So that dry cleaners and members of allied trades can begin to think about how they might one day have to care for these technologies.”

“We can ask ourselves,” he adds, “how to best position our companies to fit what could be a viable market someday, and how we can best profit from this potential opportunity.”

Could you clean e-fabrics now? Would you rewrite your release form to include smart wear?

“Hah,” you might say. “Never gonna happen.” But wait. Experts are working on it.

Levi’s and Google’s Project Jacquard division have collaborated to produce a new denim coat with touch-sensitive electronic wiring embedded into the sleeve so wearers can access their iPhone.

In development for a year, the new Commuter Trucker Jacket, as it’s been called, is due for release anytime now and has a price tag around $350. Video clips have been seen on Youtube since the spring showing a bicycle rider rubbing his shirt cuff to select music playlists or manage phone calls.

Other uses for the clothing-and-technology symbiosis come to mind.

For patients who need regular or even immediate medicine dosages, this tech could one day prove a lifesaver. Think critical care solution during late nights, weekends or if the patient is in a locale that a doctor or ambulance can’t reach quickly in an emergency.

And this might only be ‘the tip of the lapel’ for textile technology.

Already, there are specialized LED-lighted safety vests and there are companies selling lighted clothing lines with names like Emazing Lights and Electric Style.

Aerospace and the Department of Defense use wearable devices in many areas, from soldier-worn systems, to electronic packs worn by astronauts. Vests with connectivity for biofeedback, featuring performance-monitoring technology, are now being adapted by companies like Zephyr.

Potentially, e-fabrics may not only be functional but entertaining. For instance, one day you might twist your shirt button to auto-dial a phone number. Or gently rub your left shoulder and project your Facebook page onto your sleeve — but maybe that will come to be known as “Bodybook.”

E-fabric connectivity can add a whole new dimension to social media. For instance, might not the wearers themselves become the media platform? Flashing video and messages across their apparel?

We’re obviously in the realm of science-fiction. But like the hand-held communicator device on the 1960s Star Trek television show that inspired your cell phone, sci-fi to science to mainstream can, and often does, happen.

The day is coming when you’ll be reminded while out at a party not to slap your back pocket too hard, as you might accidentally set off your burglar alarm at home.

When fiber-optics and smart clothes cause a noticeable “glow” in retail revenue, wearables will have arrived. Cleaners are sure to be a key part of the new style trend for fabricare.

Visit these sites to get a general sense of the wearable tech being developed these days: