CHICAGO — Runways in the world’s fashion capitals came alive for 2011’s fall season, as if to herald an end to recessionary reserve and embrace edgy elegance again.

Ultra-bright colors, extreme ruffles and riotous patterns starred in over-the-top productions featuring post-apocalyptic landscapes, manacled models and psychedelic toadstools. Only minutes elapsed between many of the designer duds’ debuts and the time they hit the streets, knocked off for the mass market under many more-affordable labels.

Some of the season’s styles—the classically tailored mid-century modern and menswear-inspired looks, for example—shouldn’t present professional dry cleaners with problems if they remember to read their care labels and steady their skill sets. But others may have the most seasoned operators at a loss for a cleaning strategy, or at risk for a claim.

And as the following four trends move from the runway to the mall, they have the potential to present the biggest challenges.

The most traditionally feminine style for fall features high-necked Elizabethan collars, sheer black lace and lots of fetishistic frippery. One sartorial superstar received raves for a new collection of what appeared to be glammed-up maids’ costumes, and many top designers filled out their most romantic silhouettes with cascading pleats and ruffles.

“A lot of lace collars have to be resized so they won’t fall down,” says Alan Spielvogel, garment analyst with the National Cleaners Association (NCA). “Where ruffles are concerned, most of these fabrics are cut on a bias, and if they distort during dry cleaning, they’re impossible to restore.”

Run garments in net bags, and consider basting ruffles and pleats before cleaning. “Even machine-pleated garments don’t hold up great,” says Joseph Hallak Jr., vice president of Hallak Cleaners. “I would run pleats and ruffles manually to avoid crushing them and knocking the pleats out. Sometimes, we’ll put the garment on a hanger and dry it in the wheel without the wheel turning.”

Finishing fanciful frills and folds is the biggest challenge. “Ensure that your pressers know how to handle garments with lots of pleats and ruffles,” says Chris Allsbrooks, director of training operations for ZIPS Dry Cleaners. 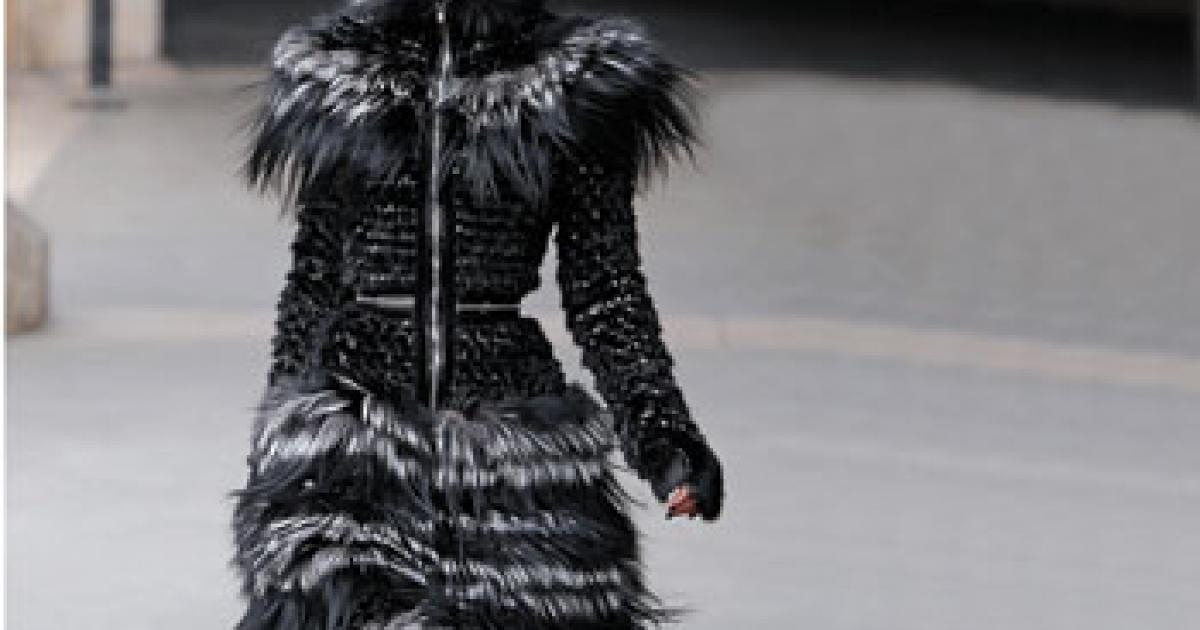