CHICAGO — Runways in the world’s fashion capitals came alive for 2011’s fall season, as if to herald an end to recessionary reserve and embrace edgy elegance again.

Ultra-bright colors, extreme ruffles and riotous patterns starred in over-the-top productions featuring post-apocalyptic landscapes, manacled models and psychedelic toadstools. Only minutes elapsed between many of the designer duds’ debuts and the time they hit the streets, knocked off for the mass market under many more-affordable labels.

Some of the season’s styles—the classically tailored mid-century modern and menswear-inspired looks, for example—shouldn’t present professional dry cleaners with problems if they remember to read their care labels and steady their skill sets. But others may have the most seasoned operators at a loss for a cleaning strategy, or at risk for a claim.

Four new trends could present the biggest challenges as they move from the runway to the mall.

Snakeskin slithered onto the runways this year in shoes, jackets, dresses and accents, real, fake and printed, and skirts and shifts made of big, flashy plastic paillettes made models look like they had crawled out of a koi pond.

“Snakeskin adds pizzazz, but can cause multiple problems,” says Chris Allsbrooks, director of training operations for ZIPS Dry Cleaners. “Real snakeskin will shrink and curl when exposed to steam finishing,” while vinyl and polyurethane imitations can peel and stiffen unless cleaned in a gentle process.

Some snakeskins are only a veneer backed with leather, adds Alan Spielvogel, garment analyst with the National Cleaners Association (NCA), and should be sent to a leather specialist.

Plastic paillettes are notoriously “hit-or-miss,” says Joseph Hallak Jr., vice president of Hallak Cleaners. They can lose color, crack, dissolve or come off in cleaning. If the paillettes are sewn-on, “remove one and stitch it to a towel,” Hallak says. “Run it with your next load and see how it responds. It takes more time to do this, but it’s better than replacing a garment. [With] paillettes, you shouldn’t mind charging more. And if you’re charging more, you should be able to take the time.”

Monday: From elegant Rococo to earthy Navajo, designers are mixing and matching prints… 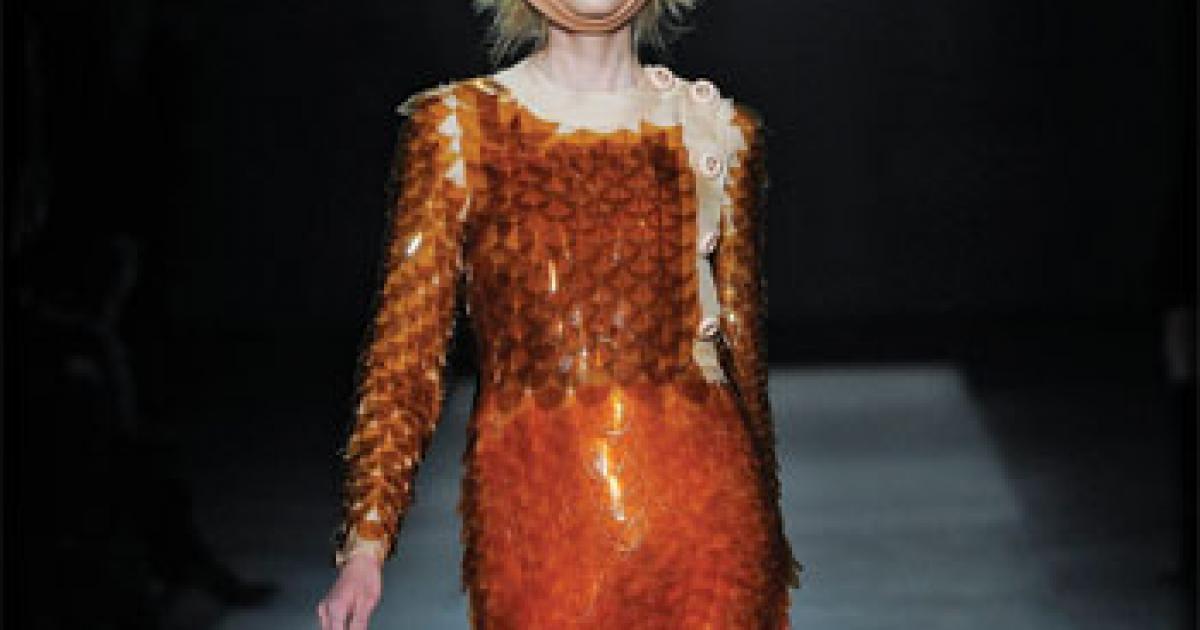