ELK GROVE VILLAGE, Ill. — Supplier Foster-Stephens Inc. will celebrate its 75th anniversary in the industry next week. Today, the widow and daughter of its founder, Bill Jones, operate the company.
Foster-Stephens started in 1936 when someone abandoned a set of printed drycleaning posters at Westlake Press in Chicago. A salesman there at the time, Elmer “Bill” Jones bought and resold the posters to area drycleaners—so successfully that he incorporated the company on March 11, 1936.
Posters were one of the company’s most popular products through the 1960s. Foster-Stephens posters included the latest fashions from houses such as J.H. Collectables and Burberry, and some of the models appearing on the posters went on to become famous, including David Hasselhoff and Cindy Crawford.
Over the years, the company added other items to its slate of printed packaging products and “Fine & Distinctive Advertising for Dry Cleaners,” adding storage pickup hampers and laundry bundle inserts, which are no longer used in the industry. Fortunately, Foster-Stephens was already focusing on textile-preservation products such as archival storage boxes and garment bags.
Foster-Stephens offered the white Keepsake Pak—its first wedding-gown box—at the 1947 national show. The company quickly expanded the line to include the Blue Keepsake Pak, and in time, they became its best-selling products.
A Christening gown box followed in the 1970s, and the 1980s brought the Deep Keepsake Pak and the half-size Treasure Pak. The 1990s saw the introduction of the Golden Keepsake Pak, and the new century added more sizes, including the Forever Pak, the Accessory Pak and the biggest box on the market, the Super Keepsake Pak.
In 2009, Foster-Stephens bought out the preservation line of its largest competitor, Keystone, and now sells its Treasure Chest line alongside its own boxes, which includes the new lithographed Champagne Box.
Foster-Stephens was a pioneer in using Tyvek fabric to make box liners and garment bags. The company also now makes muslin garment bags and box covers, which allow customers to personalize their keepsake boxes with embroidered names and monograms.
Foster-Stephens also supplies archival products to museums, collectors, fashion designers and movie studios all over the world.
Many Foster-Stephens employees have worked there for 20 years or more, including Curt Freeland, who retired as president of the company in 1995 after 55 years in sales.
“I’m very excited that Foster-Stephens has made it to 75 years,” says operator Nancy L. Jones. “It hasn’t always been an easy road, but with the help of our extremely capable employees and our loyal customers, we’ve always adapted to industry changes. I am hopeful that Foster-Stephens will still be around 75 years from now.” 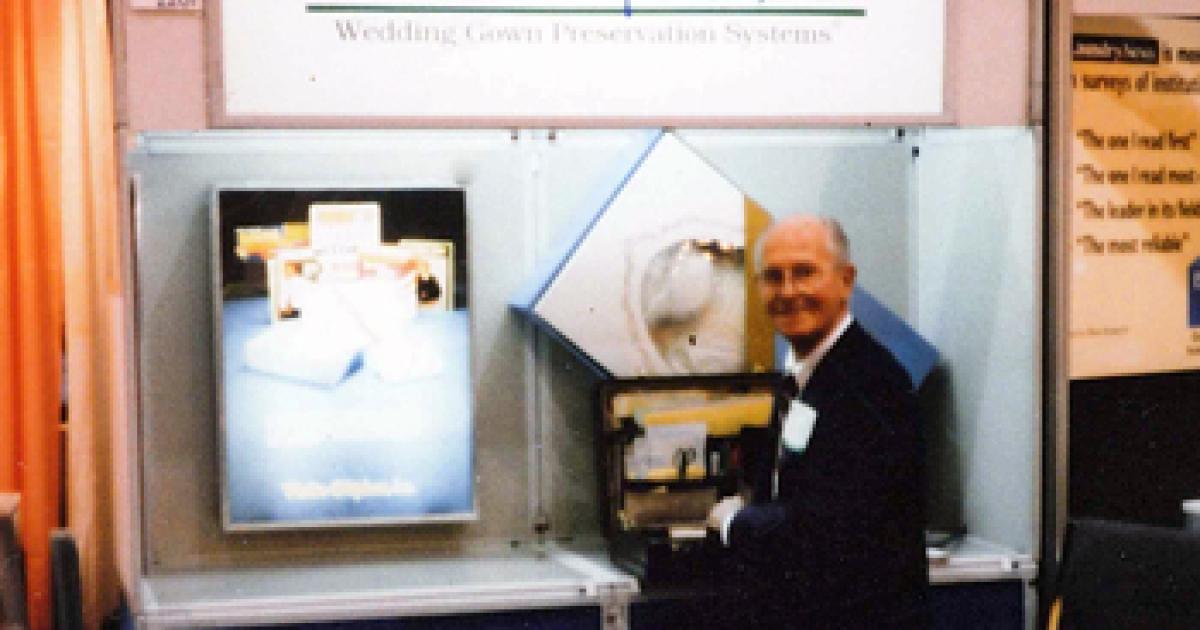