JACKSONVILLE, Fla. — Dry cleaner Demetrios “Jimmy” Kartsonis, who celebrates 50 years in the industry this month, has always had an industrious spirit.

In June 1955, when he was 15, Kartsonis, his father and older sister emigrated from Greece to Jacksonville, a decision made by his father due to their home country’s political instability after World War II. His mother and younger sister, meanwhile, stayed behind with his older brother, who had to finish serving his term in the Greek army. They would later emigrate and join the family three years later.

“It was one of those [situations where] you have no choice,” says Kartsonis. “If we stayed in Greece, things did not look good.”

After the death of his father in early 1959, Kartsonis, now barely a man at age 18, had to take on the responsibility of providing for his family, taking a job at a local dairy factory.

“My sister was 12 years old, my brother [did] not speak any English [and] my mother [was] not working,” he explains.

Though he admitted working in the truck’s freezers loading 300,000 gallons of ice cream a night was hard work, the job needed to be done.

Little did Kartsonis know at the time that he would take that same work ethic and go-getter attitude and build a prosperous career in the drycleaning business.

BREAKING INTO THE INDUSTRY

After working at the dairy factory, Kartsonis traveled to Utah and worked for the Ajax Pressing Equipment Co. in Salt Lake City for a year and a half. He then trekked to New York, where he found work as a short order cook at a restaurant.

In 1962, Kartsonis was drafted into the U.S. Army to serve a two-year term, spending one year in Korea.

“I finished my service [around] February of 1964, and I was honorably discharged, and I found myself again in a dilemma,” he says. “What am I going to do? Am I going to go back to the restaurant?”

Upon his return to New York City, Kartsonis befriended a tailor in the city’s Washington Heights neighborhood, who told him about purchasing a local drycleaning store.

“I had an idea about pressing because when I first came into Jacksonville, I was working for my aunt who had a shoe repair shop, and in those years the shoe repair shops used to do a little cleaning on the side,” says Kartsonis. “When I went to Utah and worked for the Ajax company, I [learned] how the machinery works … I had a little bit of background, but not enough for me to get in the business by myself.”

After learning more about the business and making a down payment, Kartsonis took ownership of the store on April 15, 1964. Its previous owner, according to Kartsonis, was taking in 250 garments a week. A year after becoming owner, Kartsonis was processing 700 garments a week, he says.

“I was making money. I wasn’t a millionaire, but I was [able to] pay my employees, and … could take a little time off.”

In 1968, things were picking up. Kartsonis had gotten married in January, and by the end of the year, the store was processing 1,500 garments a week, enabling Kartsonis to pay the business off.

His older brother had also joined him, and the two were able to open a second location a couple of blocks away.

In 1974, Kartsonis faced a setback as a fire burned down the first store. “The fire took the whole block out. The landlord did not want to … renew my lease, so I lost the store.”

Operating solely out of their second location, Kartsonis and his brother would then face another obstacle: an armed robbery and shooting at the store in 1978. No one was seriously injured, but now with a wife and children to support, the incident prompted Kartsonis to move them back to Jacksonville.

“My life was worth more, because if I’m dead, I cannot feed the family,” he explains.

Check back Wednesday for the conclusion! 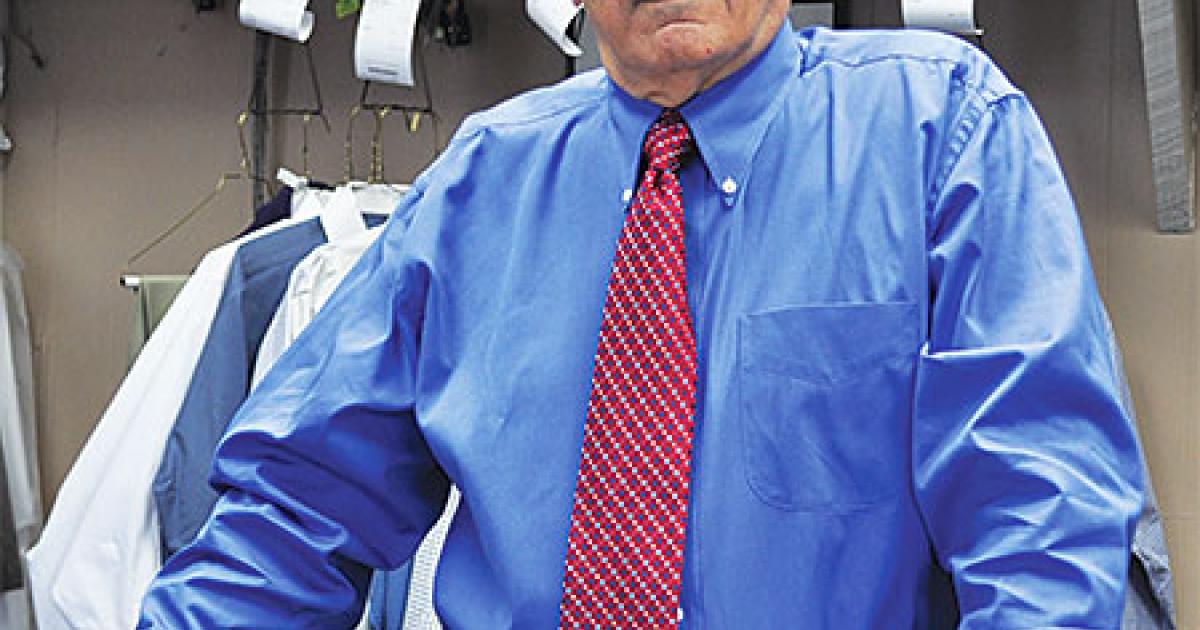