Just 20 years removed, the ’90s grunge look is back for women, with dark sheers, baby-doll dresses, and lumberjack plaid overshirts. This time around, however, the aesthetic adds pearls to the punk, and features layer after layer of distressed and deconstructed duds.

“Often, the layers on the grunge look aren’t pressed flat,” says Joe Hallak Jr., vice president of Hallak Cleaners, New York, N.Y. “Make note of what the look [is]. If you give it a constructed look, you’re basically taking the look out of it, and that’s not what they paid for.”

A gentle wet cleaning may be the best option, but regardless of the process, always clean sheers and items with exposed seams in a net bag.

On deconstructed garments with unfinished edges, agitation can make the edge fray more, says Chris Allsbrooks, director of training operations for ZIPS Cleaners and a former garment analyst with the Drycleaning & Laundry Institute (DLI). “On a grunge look, it’s a good thing, but eventually the edge may pull out from the seam—and then you have a garment that’s falling apart.”

And when grunge garments add elegant embellishments such as pearls, jewels or sequins to smarten up a streetwise look, “clip one off and test, test, test,” Hallak says.

“We have to make sure that pearls don’t dissolve in solvent, and that they’re not glued onto the fabric [and] going to come off in cleaning,” says Alan Spielvogel, garment analyst for the National Cleaners Association (NCA).

Check back Tuesday for Part 3! 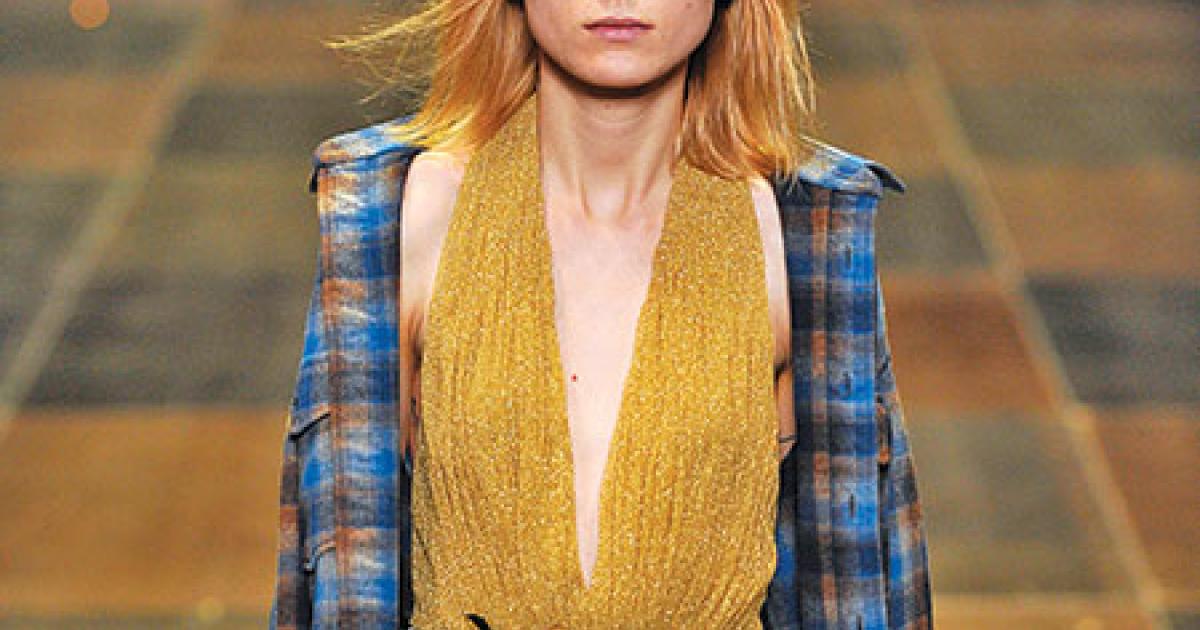