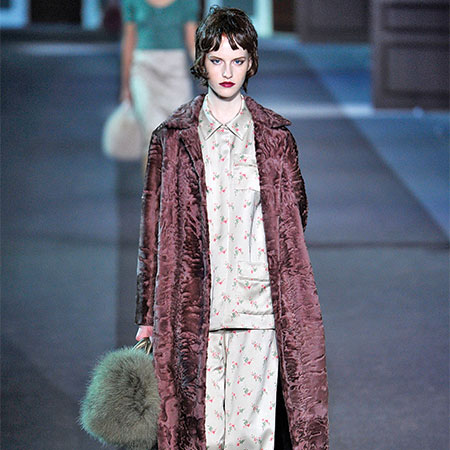 “Boyfriend” looks are everywhere this year, from Wall Street-style, double-breasted jackets worn as dresses to a profusion of posh “pajama” ensembles meant to be worn on a night out—not in. While the tailoring is traditional, the fabrics may go a step further for extra style.

“Glamorous pajama ensembles may be made from satin fabrics,” says Chris Allsbrooks, director of training operations for ZIPS Cleaners and a former garment analyst with the Drycleaning & Laundry Institute (DLI), who adds that satin fabrics can snag easily in routine wear with jewelry and other accessories. “Inspect them as they come in for pre-existing snags. To minimize additional snagging, garments should be placed in a net bag, and stain removal should be done from the reverse side of the fabric.”

As with the floral styles, bright colors and all-over prints may present a problem.

“There might be issues with colors bleeding out,” says Alan Spielvogel, garment analyst for the National Cleaners Association (NCA), adding that alcohol in topical medications and hand sanitizers can pull color.

“It’s a different look, but these are basic fabrics,” says Joe Hallak Jr., vice president of New York-based Hallak Cleaners. “They shouldn’t require special care unless they have bright colors. The bottom line is, is it a surface print or through-and-through?”

Any unusual garment will take extra time and patience, he adds. “[If] it is not a basic garment, don’t handle it like a basic garment. You can’t rush these pieces, but you can keep your life from being miserable.”