CHICAGO — Asked about their goals for the New Year, more than one-third (38.1%) of drycleaners responding to this month’s Wire survey say they’ve made resolutions affecting their business and personal lives. The equivalent number (38.1%) hadn’t made any New Year’s resolutions, and almost one-quarter (23.8%) answered “Not yet.”
Most say they experienced some degree of success in meeting their 2010 goals, however, and are optimistic about future plans. More than half (61.9%) of drycleaners said they met “some” of their goals last year, and 4.8% said they had met “all goals for 2010.” Only 14.3% reported they did not meet their goals, while 19.0% didn’t set any goals.
What are those goals? More than half (52.4%) of drycleaners listed “Attracting new customers” as their No. 1 business priority for 2011. Some 14.3% wish to “Explore extra services and new opportunities,” and 14.3% plan to “Raise prices and/or cut costs.” Only 9.5% plan to “Add/update equipment,” while one unfortunate respondent said his main goal is to file for bankruptcy.
Asked to name their “No. 1 personal priority for 2010,” more than half (52.4%) will attempt to “Lose weight/Improve fitness, and 23.8% wish to “Get organized.” Some 9.5% plan to “Save more money,” and an equivalent percentage will “Spend more time with family.”
Drycleaners are more optimistic that they will meet their New Year’s goals in 2011 than they were in 2010. Asked “Will you accomplish both of your No. 1 priorities (business and personal) in 2011?" 38.1% said “Yes, there’s no doubt,” up from 25.9% last year; and 42.9% said “There’s a good chance,” up from 37.0% last year.
Another 9.5% gave achieving their business and personal goals “a 50/50 chance” in 2011. Just 4.8% % said there would be a “no chance” of accomplishing both goals, and 4.8% weren’t sure.
While American Drycleaner's Wire survey presents a snapshot of the audience’s viewpoints at a particular moment, it should not be considered scientific. Subscribers to Wire e-mails—distributed twice weekly—are invited to participate in an industry survey each month. The survey is conducted online via a partner website, and is developed so it can be completed in less than 10 minutes. The entire American Drycleaner audience is encouraged to participate, as a greater number of responses will help to better define operator opinions and industry trends. 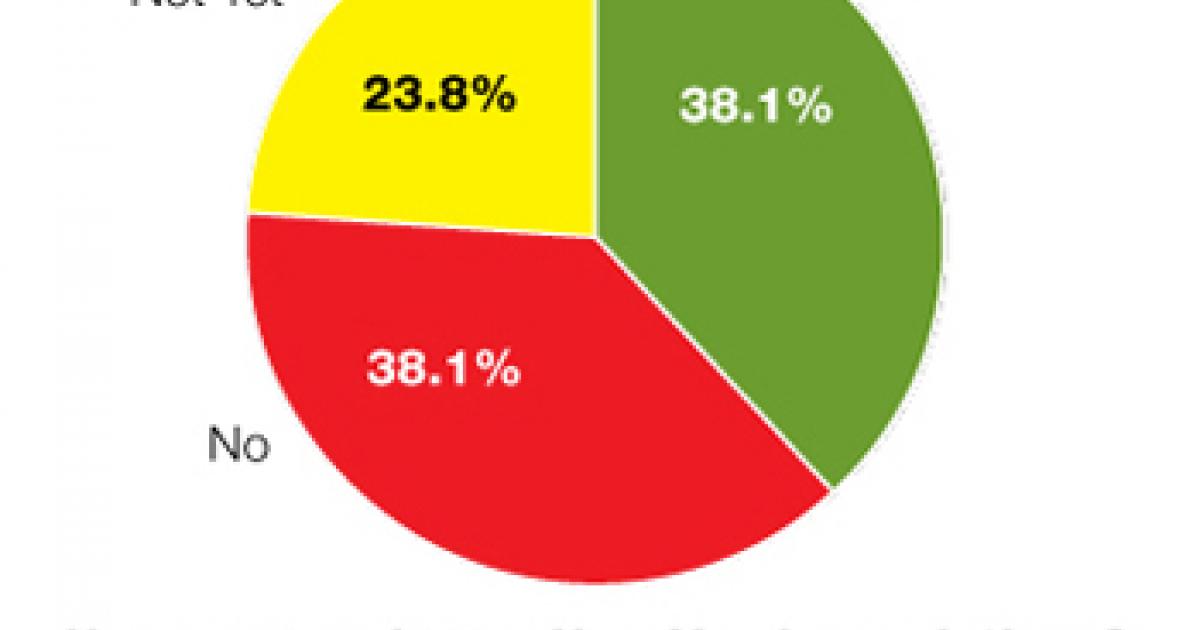