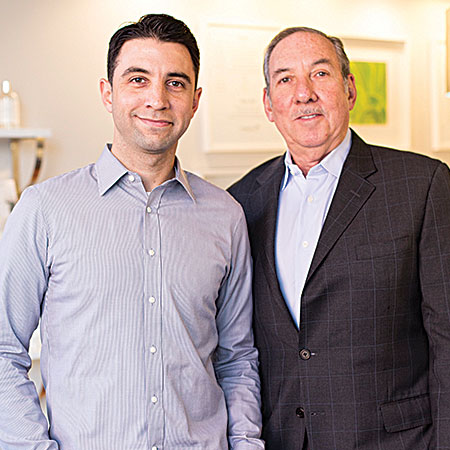 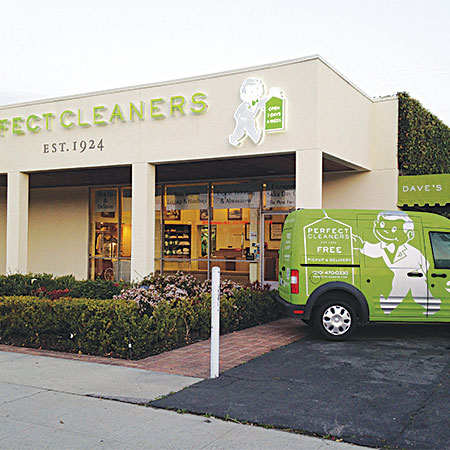 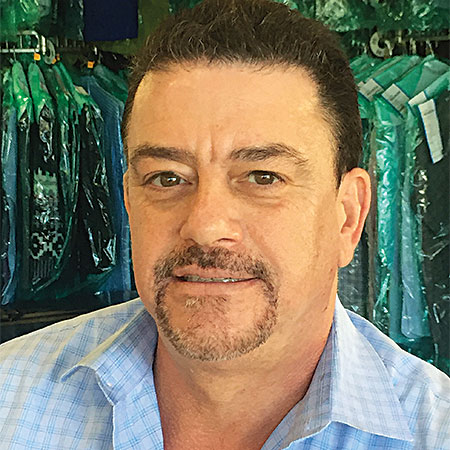 “A really slick guy came in trying to sell one thing or another and said something which stuck: ‘If you have one, you have none.’ In dry cleaning, I am not sure there is a better lesson to learn. If you don’t learn by actively implementing redundancy, the industry will teach you one way or another down the line.”

Since starting with his dad, Ken, in late 2008 (the father has been in the business since 1982), Kinzer says they’ve experienced many situations in which plant redundancy, or lack thereof, has either been a godsend or a lesson learned.

“Traps, supplies, machines,” he points out, “if you have these things, you certainly can be helped by having two.

There will come a time when your backup equipment will prove to be essential.

“We are an operation that has had up to 15 locations in the past. My daughters are currently working with me and will be the fourth generation,” he explains. (Editor’s note: After Tirpok was interviewed for this story, Tirpok Cleaners’ Flemington, N.J., plant was destroyed by fire. He had nothing to add when asked about future plans for the location.)

“I wasn’t planning on getting into the business, but life doesn’t always go where you expect. After I got my master’s degree, my wife and I had a baby on the way, and I started working for my uncle in the business with a five-year-plan to grow his three stores and get out. That was 1993, 24 years ago.

“We have two vacuums and three compressors. We have a rotary compressor and it takes both of the others to replace it when it’s down. We have two drycleaning machines; a third would be good. We have extra presses, two spotting boards, multiple washers and dryers. It’s good to have 9,000 square feet [of operation space].

“A few weeks ago, the rotary compressor went down and we had to run on the backups for three days waiting for the service mechanic to come out. Also, we recently had a bearing go on a washing machine. Fortunately, we have four other washers we can use.”

Tirpok remembers a crisis a few years ago when a controller on his boiler failed New Year’s Eve morning.

“We couldn’t get anyone to come out and service it that day, so we lost production on a very busy day and couldn’t promise any same-day work. It was horrible,” he recalls.

“I had to drive an hour and a half to get a part from a distributor. We still lost the day, but at least we were able to start up again the next operating day. It totally ruined my New Year’s Eve. I definitely would like to get a second boiler at some point.”

The benefits of being prepared for these situations are clear, as he discovered.

“It’s important to me to have backup equipment for as many machines as possible,” Tirpok says. “If one breaks down, we can switch to the backup until it’s repaired. As the primary mechanic here, I like that I don’t have to worry about the pressure while I’m waiting for parts.

“Also, we do a lot of same-day work. If we had to wait for parts to make repairs, we wouldn’t be able to keep our promise to our customers that their work will be done on time.”

Tirpok’s word to the wise?

“If you can’t have a backup, keep a well-stocked tool room with parts that commonly wear out or break, and learn how to maintain your own equipment.”

THE LIFE YOU SAVE

If a key piece to your business — like your boiler — goes down, and your plant has no backup, you can find yourself dead in the water, as this owner once found out.

Dave Suber is the owner of Perfect Cleaners located in West Los Angeles, Calif. He is a third-generation dry cleaner from Michigan, and a 1983 graduate of the Drycleaning & Laundry Institute’s (DLI) three-week general course, who has been operating his cleaner in West L.A. since 1999.

Suber believes that whenever possible, one should have equipment redundancy to ensure that a plant will never be completely down.

“Years ago, the sight glasses broke on my boiler and sprayed water all over the boiler room, shorting out the electrical controls on the boiler as well as the motor on my vacuum. Since that incident, I have moved the vacuum out of the boiler room. But I was down for a couple days and had to ask a competitor to help out,” he says.

In another instance, Suber relates how backup equipment became a lifesaver.

“I had the piston heads go out on my air compressor and was able to switch to our alternate compressor. I recently had a pinhole in one of my steam coils. Thank God I have two cleaning machines. We got behind, but were still able to get the work done.”

Suber has backups for his cleaning machine, air compressor, vacuum, washers, and presses.

“Do not put your vacuum or air compressor in the boiler room, and try and have two of everything,” he advises.

Tirpok offers some wisdom to consider: “You should always have a backup for as much equipment as possible. You never know when some $3 part is going to shut down production for a day.”

And Kinzer adds this cautionary tale: “There are too many times to count where a random part in our plant has broken and I did not have a backup.”

He sends a sound message to owners to take their backup equipment and parts seriously.

“I am currently the GM at my cleaners and I am proud to say that I just replaced a check valve on our spotting board, walked to the office, and ordered a backup. Lesson learned.”