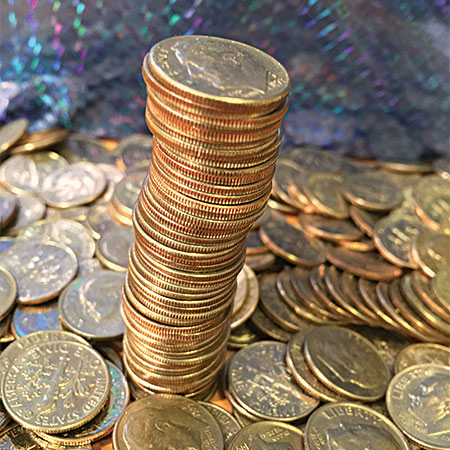 CHICAGO — Bob Marks and his wife Ruth bought a Laundromat in Perry, Mich., population 4,000. Then they bought some used drycleaning equipment and, as he tells it, just started dry cleaning in 1990.

“There was no dry cleaner in Perry so I started one. I saw a need,” he relates by phone recently.

There’s the sudden sound of a customer talking to him in the background and he excuses himself a moment to chat briefly. His friendly voice echoes through his store behind a hand over the phone, and then he’s back again, picking up right where he left off.

“Then we bought Stoner’s Cleaners in Owosso, Mich., in 2000. This became our main drycleaning plant in this town of once about 40,000. It’s located between Lansing and Flint in the middle of the state.”

Marks is the owner of Ruthy’s Cleaners. Ruth does all the bookkeeping while Bob runs the operation and, he mentions, “also serves as vice president of MILD.” That stands for the Michigan Institute of Laundering & Drycleaning.

According to MILD’s website, its mission is to “Establish and maintain excellence and uniformity in commercial drycleaning and laundry service.”

It also writes that it is the “voice for the laundering and drycleaning industry since 1913, and is a state trade association representing hundreds of retailers operating in Michigan.” The Markses’ business, Ruthy’s, is right in the center of Owosso on Main Street, just east of the Shiawassee River.

“When I bought this store, there were five cleaners, but now it’s just us. Our population is down to well under 20,000 and falling. It’s becoming a sleepy retirement town.”

In this scenic town, there’s a castle and a steam railroading institute, according to Wikipedia.

This resilient owner offers a tip he learned about raising prices in his small-town market, which he passes along: “Our price raises are small. I don’t like to raise prices. So we maybe raise them 10 cents or 15 cents. We’ll do it every six months,” he relates.

Marks explains the shift in population in their town and the adjustment he and Ruth had to make to deal with the challenges.

“About 11 years ago when things were changing and numbers were down, cleaners were closing, so I bought their equipment,” Marks says. “There wasn’t enough business to build a new plant.”

“We did do pickup and delivery, but it wasn’t exactly a route,” he continues. “We delivered after 5 p.m., when people were home. But now, our retired customers will just bring us their clothes.”

This small-business owner shares how he does business in his town today, showing how he has adapted, found out what works, and where his niche lies.

Check back Wednesday for the conclusion.