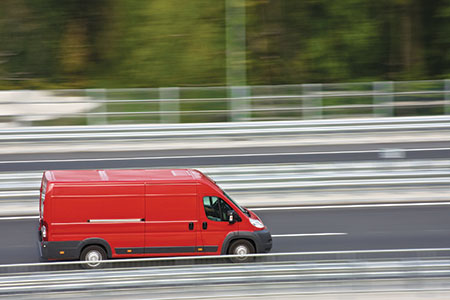 JACKSONVILLE, Fla. — The drycleaning industry is becoming more and more route-competitive, says consultant James Peuster, and he believes businesses that do not offer route service will see a steady decline in drycleaning sales in the coming years.

The Route Pro, as Peuster’s Missouri-based business is called, is well known in the industry for the route consulting and development services it offers. Peuster travels frequently throughout the country for on-site training and coaching.

“I don’t want to be known as the angel of death for drop stores, but there are more and more people closing drop stores now,” he says to an audience at this year’s South Eastern Fabricare Association (SEFA) conference.

“When gas gets to $12.46, then we might want to go back to looking at more (drop) stores,” he says. “Now, that’s based on different average mileage, all kinds of stuff, and results may vary.”

Whether your business walks through the door with your customers or is transported in from a route, today’s value-conscious patrons will spend money if the service is worth it, Peuster says.

“They’re looking for a quality product, customer service, convenience and price,” he says. “If you add the four together, that is the definition of value.”

Many dry cleaners are discount-happy, Peuster says, believing that couponing is the best way to market their business. But he claims that customers won’t stay for discounts alone.

Convenience is the No. 1 thing to sell a new customer on, according to Peuster, and there’s nothing more convenient in the service industry than pickup and delivery.

WHO IS ON THE RIGHT TRACK AND WHO IS GETTING DERAILED?

Many cleaners see their routes “run off the rails,” and Peuster thinks he knows why:

Unwillingness to change — Some operators subscribe to the theory that what worked before should work again and are unwilling to make changes for the betterment of their service. Peuster says he often sees this dynamic when a business has multi-generational owners.

“I love going to these shows because I get a wide range of people come to our booth and ask questions. My favorite ones are the people who are new to the industry. They don’t have the old habits the older cleaners have. … A lot of this younger generation have really creative ways they could put into play for building their business, and they’re handcuffed.”

Complacency — Peuster often hears cleaners say they put out a “quality product” that they don’t need to worry about, or they have no “competition.” “Those are my favorites, because lots of times someone flies underneath the radar and scoops them up,” he says.

Mismanagement — This includes a lack of accountability and a lack of motivation on the part of route drivers, and a failure by management to correct it.

“You, unfortunately, have to step up your game as a manager,” Peuster says. “(Route drivers) are on auto pilot sometimes, on cruise control. … It’s your job to turn potential into performance.”