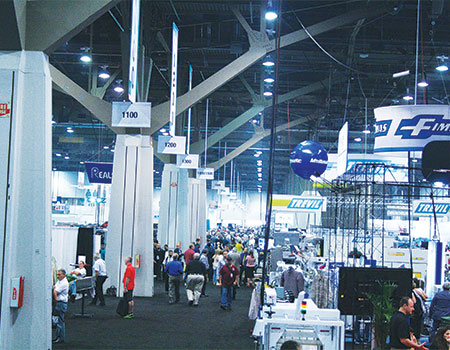 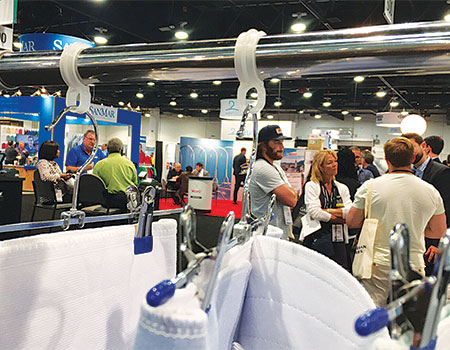 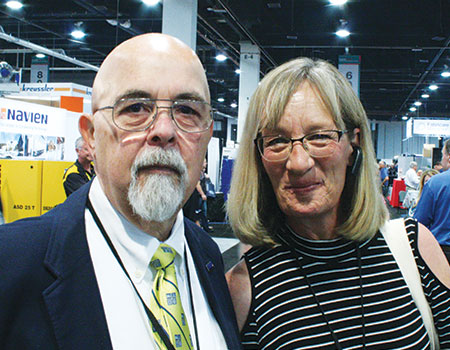 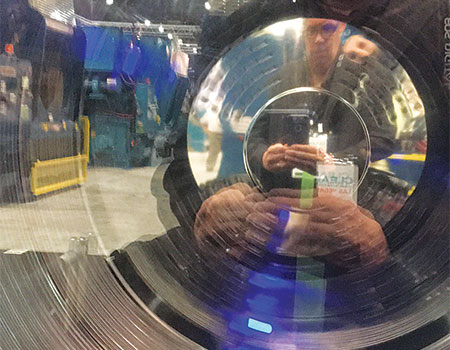 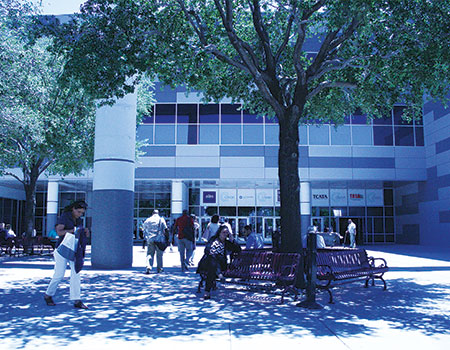 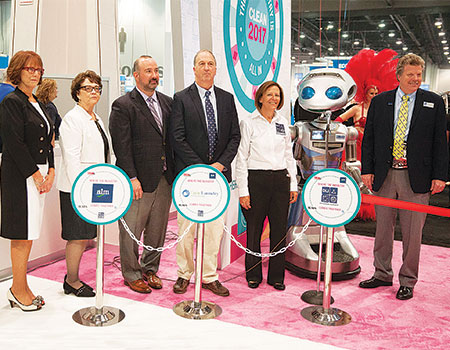 Big and ‘buzzy’: fabricare industry comes out to play

LAS VEGAS — Here’s all you need to know about Clean ’17: It was packed, stacked, and all that!

Now you know what Clean participants found out here last week. The vibrant crowds packed the aisles, the equipment and technology “whirred” and “buzzed” all over the giant show hall, and the ending came too soon, but all experienced a “happy exhaustion” heading toward home.

Official figures from Mary Scalco, Clean Show chairman and CEO of the Drycleaning & Laundry Institute (DLI), put the total show attendance after two days at about 12,500, exceeding by more than 1,000 the entire four-day show in Atlanta in 2015.

Clean ’17 here June 5-8 wrapped just as it began: with plenty of excitement and expectation. It came, it saw, it conquered.

There was truly excitement in the air all week with so many products and so much equipment in a double-big — many times loudly boisterous — exhibit space within the Las Vegas Convention Center. (There was an upper section and a main section, each of which could have housed a normal-size trade show alone.)

Clean ’17 was full to the rafters with drycleaning and laundry vendors showing their goods and services, and the buzzy business chatter of thousands of industry voices filling the air.

The roomy locale felt airy, cool and spacious, and that certainly added to the enjoyment on the faces of all. (One drycleaning owner told me she was “cold” and was going outside to “warm up.” There was roughly a 40-degree difference inside compared to the “molten” 110 temperature outside!)

The expectation paid off in all the ideas flowing home with attendees who enjoyed the educational sessions and also from seeing so many exhibitors (481). Clean ’17 had sold out its entire exhibit space weeks earlier.

But as always, it was the people who make the event. Dry cleaners from all over showed up, many of whom had traveled from as far as Mexico, Germany and Australia.

Ann, a drycleaning manager from Utah paused mid-aisle on the second day to let me take some video of her for our Facebook page: “We’re here to see all that’s new, new technology, meet people, it’s wonderful.” (Columnist Martin Young was nearby and joined the conversation, chatting with her about spotting for delicate garments.)

Later, two drycleaning operators from Spokane, Wash., stopped by the American Drycleaner booth. When I asked about their experience, they, with grins, said almost in unison: “We’re diggin’ it!”

From the packed educational sessions to the crowded action on the show floor, there was no ebb at Clean ’17. Industry leaders — fabricare professionals and drycleaning owners — came out in big numbers to see what was new, make some equipment inquiries and purchases, whoop it up a little in hoppin’ Vegas, blow off a little steam (pun intended), and share hopes and visions for the industry.

Outside in the desert heat of Nevada, the temperatures soared over 100 every day, as you’d expect here in summer. Inside, on the convention floor, the “business thermostat” was quite comfortable, as attendees and exhibitors talked business.

Exhibitors saw a steady stream of drycleaning operators flow to their booths during the four-day event. One vendor remarked: “At Clean ’17, business is good — steady over all four days, amazing.”

Another vendor said, “We came here seeking new accounts and leads for potential new business and we were not disappointed.”

Attendees equally enjoyed not only the booth-surfing experience but all of the educational sessions.

As he passed me in a hallway, a drycleaning owner said, “I wanted to hear these speakers give me ideas to bring home and that’s exactly what I have.”

He said this as he was hurriedly leaving the first morning’s Business as Unusual session, during which three panelists talked on topics such as app partnerships to advance your brands, storage lockers in single-tenant office buildings, and subscriptions for locker services.

To a packed, standing-room-only house of at least 300 people, Nick Chapleau, owner of Starchup, asked session attendees why they were there if not to be at their best and do their best. He pointed out that an app can be a fad or an innovation, and told the audience to ask themselves what an app can do for them (in their business).

At the same session, panelist Kyle Nesbit, MW Cleaners, took a momentary break from speaking about his operation’s locker business to give his father Mike a big wrestling-style championship belt to congratulate him on being the incoming DLI president.

The other panelist who talked about building a locker subscription business was Chris Moreno, owner of Laundry Locker. Loud applause followed the panelists as they left the stage.

Clean ’17 is meant for industry leaders to come together and share their knowledge. For the sixth time in Clean’s now 40-year history, the Vegas venue didn’t disappoint.

In between seeing the sights of the city, getting out after dark for fun, and enjoying a little casino action, the Clean Show during the day made an impactful visit for exhibitors and attendees alike.

Brad, a drycleaning attendee from Seattle, said as he sat with me for a few moments in the Convention Center lobby on the last day: “We looked for the best to come out. They did. Really happy to be here. Got some new ideas. And Vegas is always a good choice.”