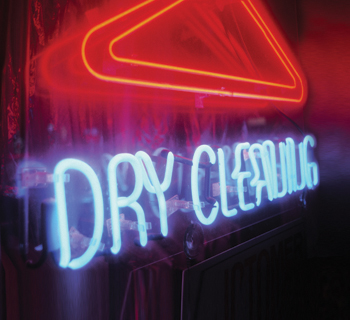 Some dry cleaners may benefit from ‘safe harbors’

ARDMORE, Pa. — Since the inception of the Internal Revenue Code, the IRS and drycleaning businesses have been at odds over whether expenditures made are currently deductible or whether they must be capitalized and recovered through depreciation over time.

Now, after seven years of drafts and proposed rules, the IRS has issued final regulations addressing whether a cost is a deductible repair or a capital expenditure.

The IRS has also released a long-awaited Revenue Procedure that details the procedures for obtaining the “automatic” consent of the IRS to change accounting methods as required by the new repair regulations.

Since the Reconstruction Era Income Tax Act of 1870, taxpayers have been prohibited from deducting amounts paid for new buildings, permanent improvements, or “betterments” to business property made to increase the value of business property. While this concept has been recognized as part of U.S. tax law almost from its inception, exactly what must be capitalized and what can be currently deducted as an expense has been at issue ever since.

The newly released IRS regulations provide guidance on a number of difficult questions, such as whether replacing a component of a building is a current deduction or whether it must be depreciated over 39 years. Expenditures that restore property to its operating state are, according to the IRS, a deductible repair. However, expenditures that provide a more permanent increment in longevity, utility, or worth of the property are more likely capital in nature.

If, for example, a dry cleaner rebuilds a van or truck’s engine, the IRS usually considers that expenditure to be a capital expense. In the agency’s view, rebuilding an engine increases the value of the vehicle (the unit of property) and prolongs its economic useful life. By comparison, the IRS views regularly scheduled maintenance repairs as currently deductible, since they do not materially increase the vehicle’s value or appreciably prolong its useful life.

A drycleaning business must generally capitalize amounts paid to acquire or produce tangible property unless the property falls into the category of materials and supplies, or qualifies for the so-called “de minimis” safe harbor. The new guidelines cover the following:

These are items for which records of consumption are not kept and where immediately deducting or expensing them will not distort the drycleaning operation’s income. Materials and supplies that do not fit these definitions are deducted when used or consumed.

“Safe harbors” can best be compared to legitimate “loopholes” designed by our lawmakers to limit the full impact of a tax law or provision that might be harmful to a particular group of taxpayers. Under the repair regulations, some dry cleaners might benefit from safe harbors such as the following:

Unfortunately, in order to be considered “routine” maintenance, the dry cleaner has to expect to perform these services more than once during the class life (generally the same as for depreciation) of the property.

Information in this article is provided for educational and reference purposes only. It is not intended to provide specific advice or individual recommendations. Consult an attorney or tax adviser for advice regarding your particular situation.

Mark E. Battersby is a freelance writer specializing in finance and tax topics. He is based in Ardmore, Pa.