CHICAGO — It won’t be found on your calendar, but March 3, 2021, is a special day for the dry cleaning industry.

On this day in 1821, the first dry cleaning patent was issued to New York City resident Thomas L. Jennings for a process called “dry scouring,” which he developed to get grease and dirt out of clothing. The patent is remarkable for another reason — Jennings is believed to be the first African-American to receive a patent in the United States.

In the era before the Civil War, any invention developed by a slave was the property of their master. Jennings, born free in 1791, was able to patent his process and hold the rights — in 1861, patent rights were extended to enslaved people.

Jennings used the substantial profits from his invention to support abolition efforts, charities and legal aid societies, as well as purchase the freedom of his family members. He also founded the first black-owned newspaper in the United States — Freedom’s Journal — and the Abyssinian Baptist Church in Harlem.

While it started an entire industry, the exact method Jennings patented, however, is lost to time. The patent was one of approximately 10,000 that were lost in a fire in 1836.

Six years ago, in an effort to commemorate the day when dry cleaning as we know it was born, the marketing company BeCreative360. named March 3 as “National Dry Cleaning Day.”

“This is a day that has tremendous significance to all of us in the drycleaning business,” said Dave Troemel, owner of BeCreative360.“The drycleaning industry has given so much to us, to our families, and to our communities. It’s our day to reflect and to also acknowledge the man who started it all.” 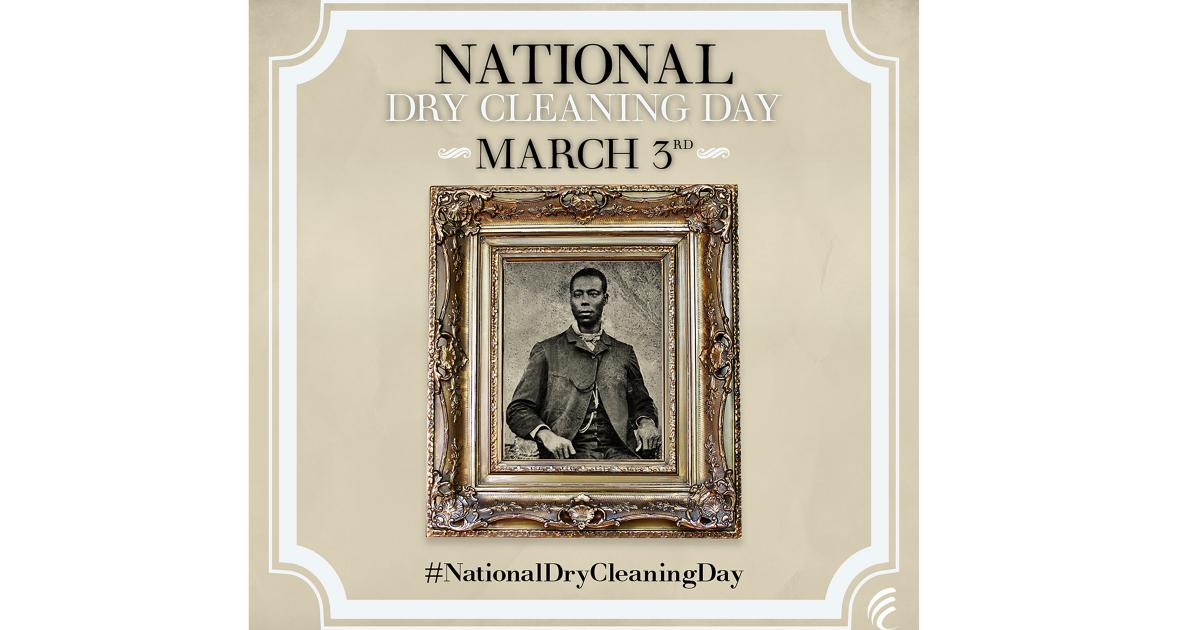 March 3, 2021 marks the 200th anniversary of what would become the dry cleaning industry. On this day, Thomas L. Jennings patented his “dry scouring” method, and in the process, became the first African-American to be awarded a patent in the United States. (Image: BeCreative360)