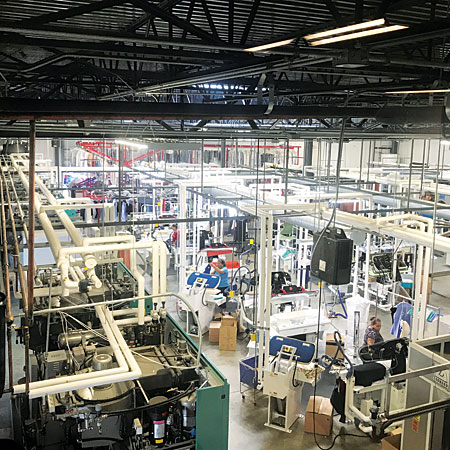 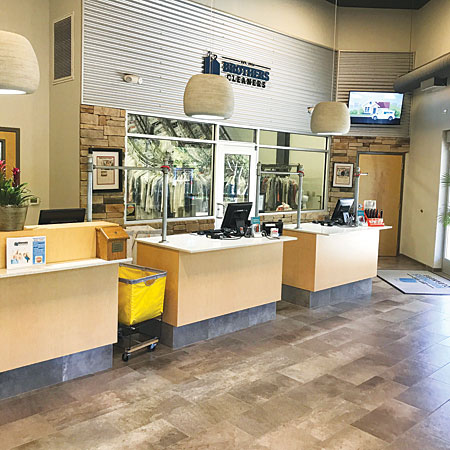 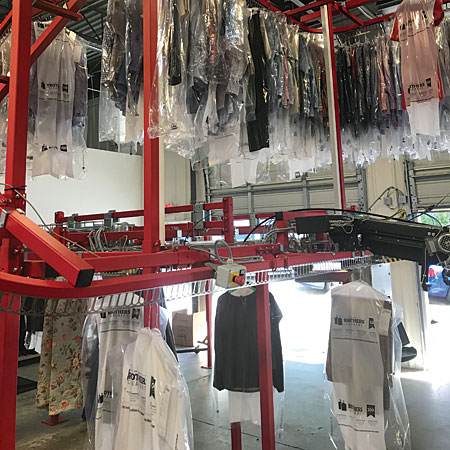 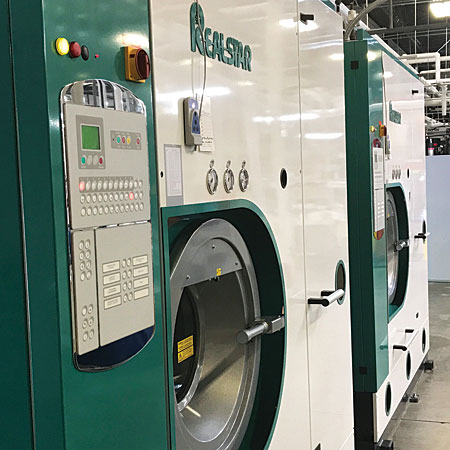 CHICAGO — “Our overhead storage conveyor was on fire. Three minutes later our entire 24,000-square-foot plant was engulfed in flames.

“There were no injuries thank goodness,” explains Bob Hilker, who is one of two co-owners, since the mid-1970s with twin brother Tom, of Raleigh, N.C.-based Brothers Cleaners.

He’s describing the fire that all but laid waste to their drycleaning operation in November 2015. All of his 49 employees were safe.

Family-owned Brothers Cleaners, with four locations in the Raleigh area and pickup and delivery service in the region, was founded in Raleigh in 1916 by Emil Hilker, a German immigrant.

Emil Hilker’s twin son’s, Jerry and Jim Hilker assumed ownership of the business after his retirement and ran it successfully until the mid 1970s, when they went their separate business ways, notes the operations website.

At that point, the business was handed over to current owners, twins Tom and Bob, the third generation to continue their family legacy. Representing the fourth generation in the company, Ben Hilker started with Brothers Cleaners in 2007 and is currently acting as customer service manager.

After the fire, they faced a decision. With smoke and cinders still swirling in the air the very next morning, Hilker relates, “the owners and a few key personnel met at a gas station across the street to decide what to do. We all decided to rebuild.

“Within 24 hours, Metalprogetti was fast-tracking an assembly system, Fairrington and Cleaner’s Supply were overnighting supplies.

“Our phones were blowing up with other cleaners and friends calling to offer help, whatever we needed. It was humbling and extraordinary,” he adds.

“Three days after the fire, we were back processing clothes,” Hilker says.

Hilker talks about the important lessons learned, suggesting making use of the web/cloud.

“We had switched to SPOT as a point of sale (POS) system the end of 2014. Our CFO had switched to a hosted-version of Quickbooks in 2013. Had we not moved with the world into the future all of our records and servers would be destroyed,” he says, and also notes, “we use an app through SPOT called My Drycleaner.”

This move to the Cloud was invaluable to his business because of the reports that his company could generate for insurance adjusters, customer retention, and basics like direct deposit payroll.

Finally, he says: “Assess your insurance coverage every year. We had just finished this and moved our coverage to Nationwide. Prior to that, we were grossly uninsured.”

“Our washers and dryers are Wascomat. Our compressor is a Kaeser 40 hp screw-type plus an Atlas Copco refrigerated air dryer,” he says.

For dust control he mentions that once a month they do a thorough manual cleaning with air hoses.

Brothers’ front counter design and manufacture are by Wilkerson Supply in Raleigh. “They are made of recycled glass bottles and resin product,” he adds.

“Our drycleaning solvent is heated-hydrocarbon,” he notes, and, “our spotting fluid is made by Stamford and Street Pro and we get them from Cleaner’s Supply.”

His drycleaning plant makes use of a Leonard Automatics steam tunnel and uses Indy Hanger products. Their bagger machine is a, “label/bigger combo made by Metalprogetti.”

Their operations also employs fans to keep employees cool above all their machines and these are from a local supplier, he indicates.

All the while Brothers was pulling together and working hard to continue their operation, they were also planning, then building, the new plant “up from the foundation,” as Hilker puts it, finally fully re-opening in November 2017, almost exactly two years from the date of the fire.

Hilker relates that: “Our driving force was survival.”

He says: “Earlier this year our distributor, Kernersville, N.C.-based Tri-State Laundry Equipment, and our Plant Manager, Mike Griffis, took the opportunity to design our state of the art plant to maximize efficiency light years into the future.”

The reward, he notes, “is a facility where we employ generations of families and hardworking employees that will grow for generations to come.

“Our customers are ecstatic,” Hilker continues, “We were able to retain 90% of the customers who had items damaged in the fire.

“Through hard work, amazing relationships and fantastic leadership we are truly back and bigger than ever. This experience parallels none other.”