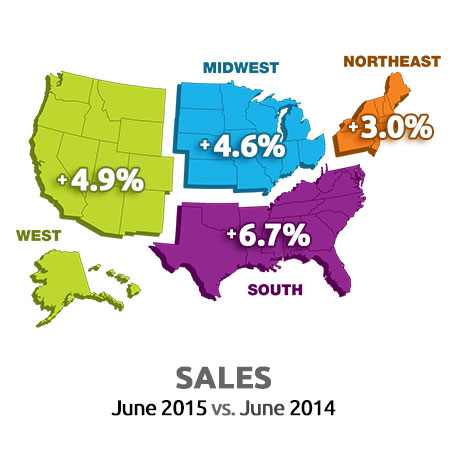 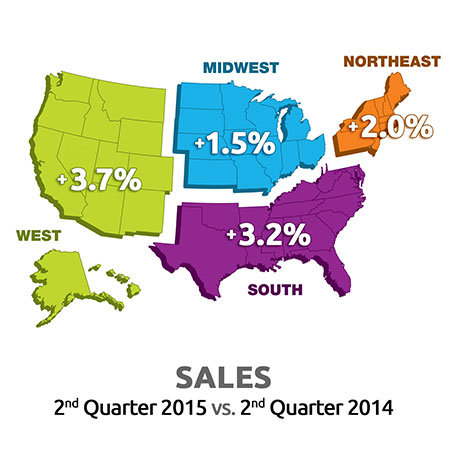 CHICAGO — Every region reported garnering better drycleaning sales in June when compared to the same month one year earlier, according to results of this month’s American Drycleaner StatShot survey.

Dry cleaners in the South posted the largest collective gain, with sales up an average of 6.7% in the region. Cleaners in the West and Midwest weren’t far behind with average gains of 4.9% and 4.6%, respectively. Despite finishing last among the four regions, cleaners in the Northeast still saw their June sales rise an average of 3.0% compared to the prior June.

Participants were asked to reveal their greatest day-to-day challenge in operating their drycleaning business in the past month. For many, it was dealing with personnel and related issues. Here are some select responses:

Equipment maintenance demands, reduced cash flow due to shrinking volume, and the summer heat have also taxed dry cleaners recently, according to the survey results.

Second-quarter (April, May and June) sales gains in the South (averaging 3.2%) trailed those in the West by half a percentage point, which were up an average of 3.7% over the same period last year. Dry cleaners in the Northeast posted an average sales gain of 2.0% for the quarter, while those in the Midwest enjoyed a 1.5% boost, on average.