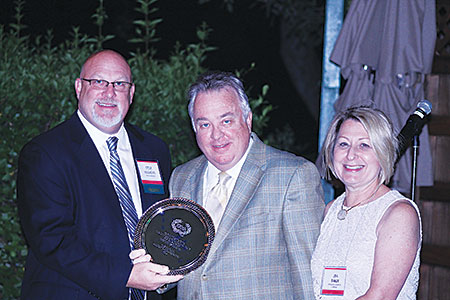 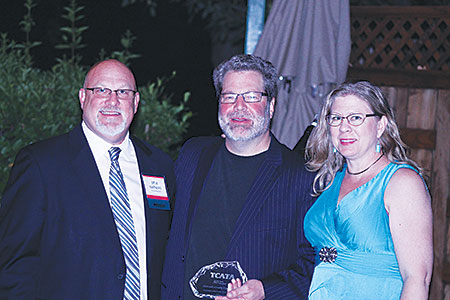 With another good turnout of first-time attendees for the mid-summer event at the Silverado Resort & Spa, members enjoyed a strong business program, beautiful weather, a memorable dinner party at a local winery and much more, TCATA says.

The business sessions covered a variety of topics. Lead speaker and industry veteran Steve Kallenbach, director of market solutions at ADI American Dawn, discussed key ways that companies can both delight their customers and “onboard” new customers.

The following day, Dr. Chris Keuhl, a managing director of Armada Corporate Intelligence, presented the good, the bad and the ugly of the national and global economy in a humorous and easily understood manner. Closing out the business program was Rory Vaden, co-founder of Southwestern Consulting, who outlined how everyone needs to “take the stairs,” doing what is necessary to succeed in life and business.

Attendees gathered one evening at the historic V. Sattui Winery for a reception and dinner, making for another memorable event, TCATA says, where old friendships were renewed and new ones made.

Also during that dinner, President Steve Mathews announced that Alex Atwater, president of A-1 Products in Birmingham, Ala., will serve as chairman of the 2016 annual conference. Atwater has been active in TCATA for many years, including serving on the board of directors, on various conference committees and as president in 2006-08. In 2005, he received the “Young Timer of the Year” award, according to the association.

TCATA members also elected two new officers for the board of directors. Gerald Henke of Intex Distributing, Austin, Texas, was elected president-elect; Henry Padron of Industrial Equipment & Supplies, Miami, was elected treasurer-elect. Both will assume their two-year terms at the conclusion of the 2016 conference.