BURBANK, Calif. — When Milt Chortkoff retired from dry cleaning in 1983, he was an old hand at it. Having started out at his father’s plant, Hollyway Laundry & Dry Cleaners in the Echo Park neighborhood of Los Angeles, in 1939, he had already spent more than 40 years in the trade. It was, he thought, time for rest and relaxation. And so Chortkoff and his wife, Edie, retired to travel the world.

And after just a couple of years, “I got very bored,” he says.

Powerless against the pull of the business he grew up in, and eager to champion the service credos he had learned throughout the years, Chortkoff re-entered dry cleaning as a consultant. And soon enough, he found himself consulting at a plant that he could buy and run as his own. “I love the action,” he says. “After all, I’ve worked in a cleaners since I was 10 years old. I just love the business.”

Chortkoff bought the 4,000-square-foot Regal Cleaners plant in 1989, outfitted it with hot-magenta awnings and rechristened it Milt & Edie’s. Since then, he has built the Burbank-based operation into a single-store powerhouse with a full range of dry cleaning services and a variety of ground-breaking marketing and promotional strategies.

The latest innovation? Offering full dry cleaning and laundry services 24 hours a day, 365 days a year—or as the signs say, “366 in Leap Years!” Milt & Edie’s has been open all night for a few years, but starting Jan. 1 of this year, the plant began offering guaranteed two-hour service on laundry and drycleaning orders 24 hours a day. “I think we’re the only plant in the world with two-hour cleaning and two-hour shirt laundry 24/7/365 at no extra charge,” Chortkoff says. “I can’t tell you how that’s taken off.

“We found that customers would come in at 11 at night and say, ‘What’s the earliest I can get this back?’” he says. When the first likely late-night customers visited last October during a trial run of 24-hour production, staffers asked them, “‘What time would be convenient for you?’ The [customers’] reaction was exciting—they just loved it.”

Burbank is home to a number of television production studios and talent agencies—businesses that often need to have alterations and cleaning done fast. And L.A.’s image-conscious, up-all-night schedule means people working odd hours are running their essential errands at even odder hours. “CVS is open 24 hours,” Chortkoff says. “Von’s market is 24 hours. Kinko’s is 24 hours. It’s a 24-hour world we’re living in. All we’ve done is follow the big boys.”

There’s more to the story than that, of course. The operation has long been a leader in attention-getting promotional and customer-service strategies. Chortkoff’s original crowd-pleasing inspiration was to offer free popcorn to plant patrons; based on the earliest time he had ever been to the movies, he started the popcorn poppers at noon.

Customers liked the free popcorn so much that they started calling the plant to find out when the next batch would be ready, planning their visits based on the answer. Soon, Milt & Edie’s was offering fresh popcorn during all operating hours. “You have to think out of the box,” Chortkoff says. “Just because I don’t eat popcorn until noon doesn’t mean that my customers don’t.”

Patrons won’t go hungry today; the complimentary smorgasbord has expanded to include coffee and cookies, hors d’oeuvres during Friday happy hours, and free hot dogs on Saturday afternoons. The plant also offers coloring books for children, dog treats and other giveaways based on the holiday of the moment, whether it’s Valentine’s Day, Mother’s Day or July 4th. Popcorn alone takes about $500 a month out of the advertising budget, but it is a small price to pay to keep Milt & Edie’s fresh in customers’ minds.

Chortkoff is humble about his bringing these innovations to an industry that in many instances, keeps bankers’ hours and offers only an occasional sticky hard candy. “There’s nothing in our plant that every cleaner can’t do,” he says, noting that there are three other plants within blocks of Milt & Edie’s location—and for all he knows, they, too, deliver quality garments. “All any cleaner has is service.” 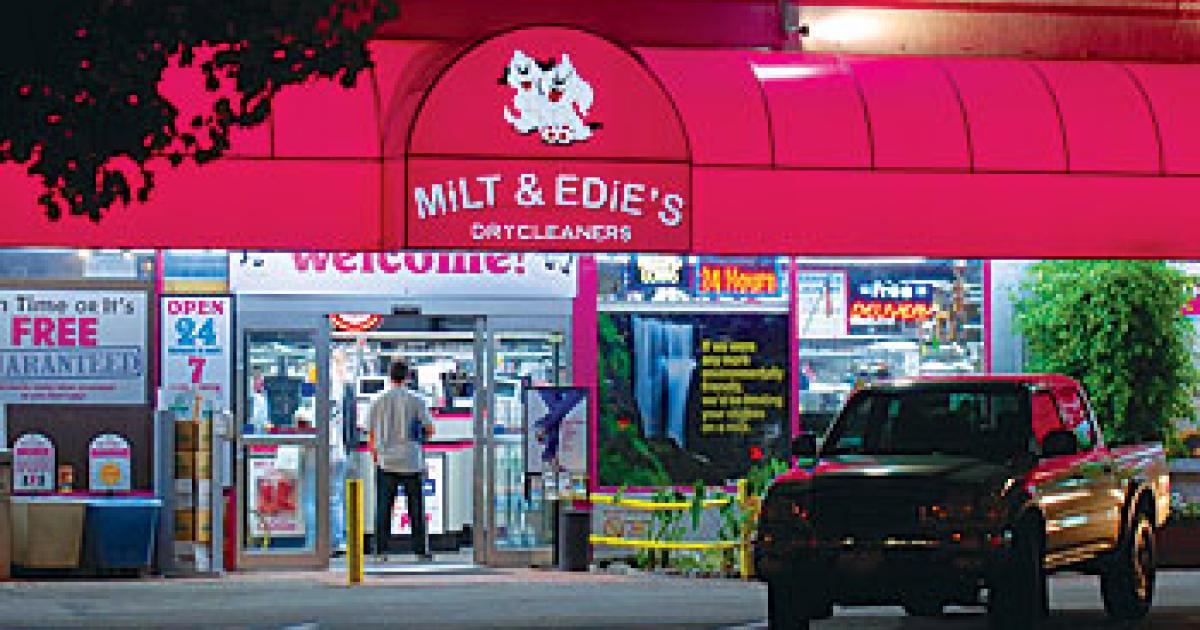 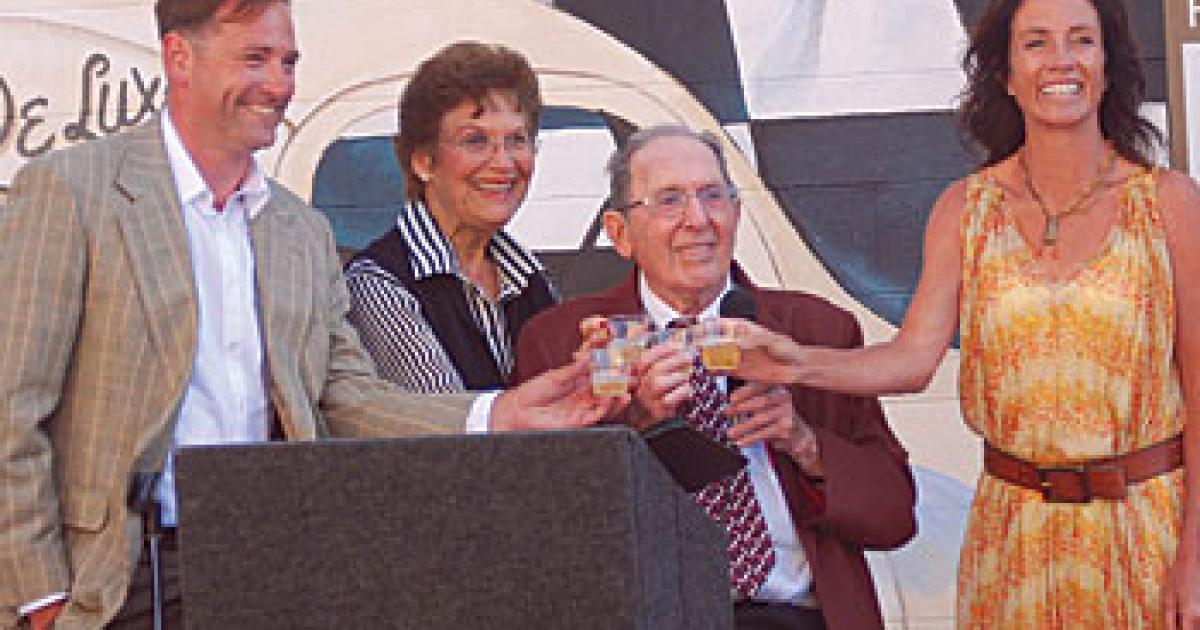 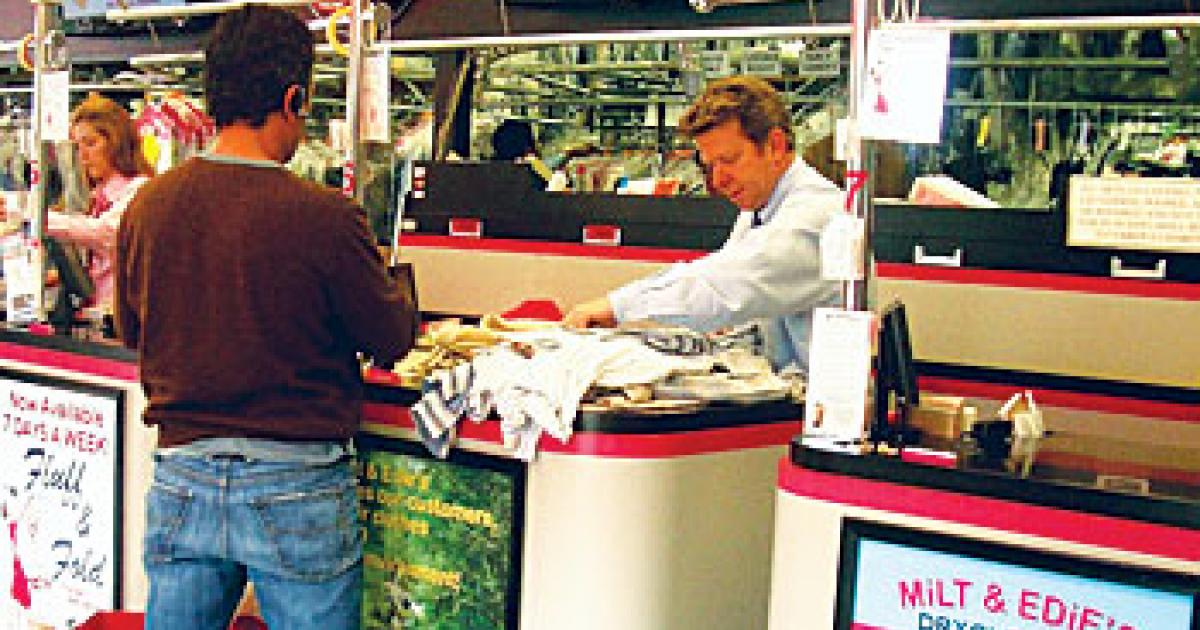 Milt & Edie’s has offered guaranteed two-hour service on laundry and dry cleaning around the clock since Jan. 1. 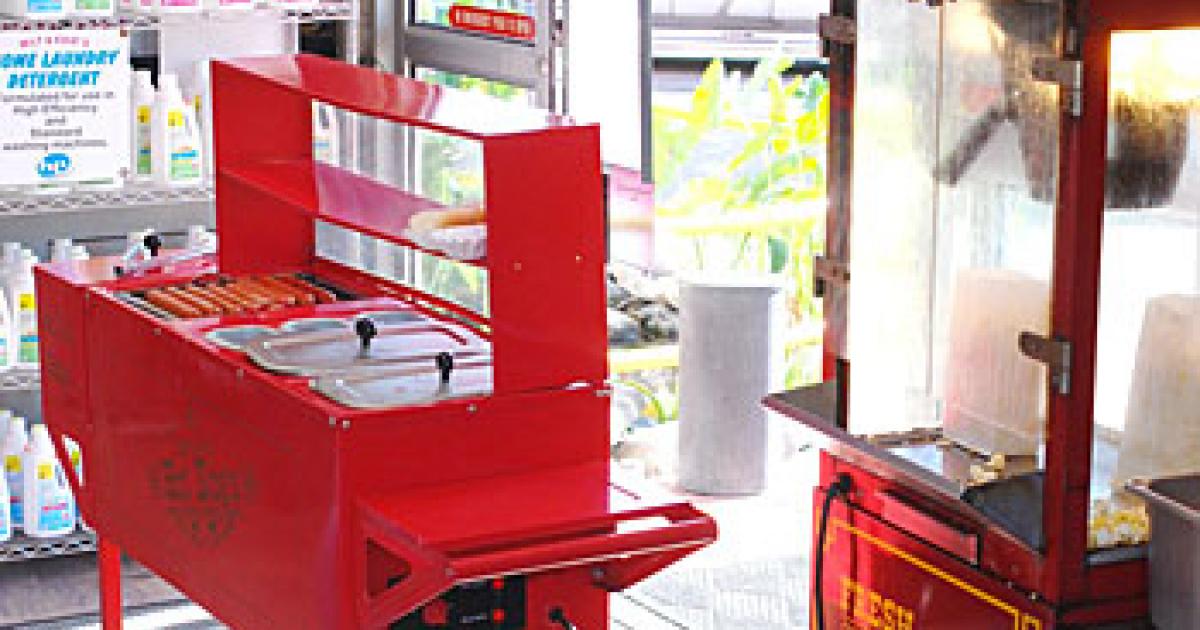 Milt Chortkoff’s first crowd-pleasing inspiration was to offer free popcorn to plant patrons—at the cost of $500 per month.