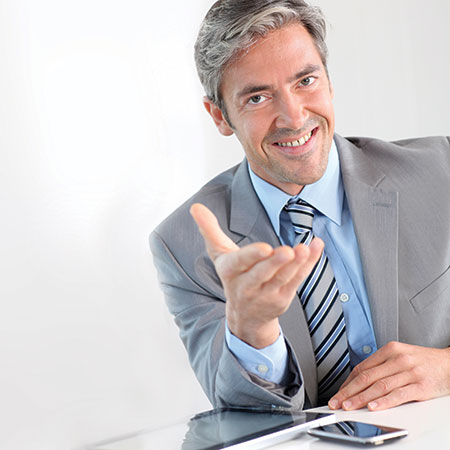 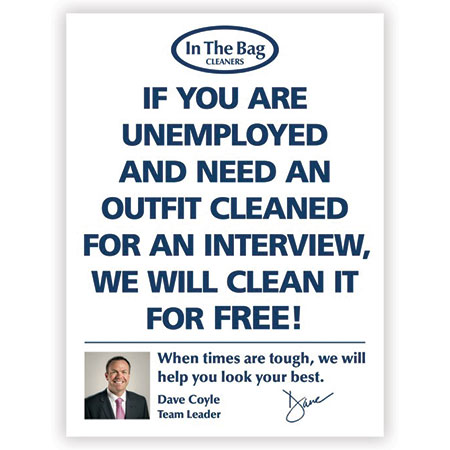 CHICAGO — “Go do, that voodoo, that you do, so well,” exclaimed Harvey Korman in Blazing Saddles.

And he was right: Go do what you do best.

Don’t fear a new competitor entering your area. After all, a new player in town can serve to refocus attention on what makes your own store special, what makes it great.

“Someone who opens across the street is competing for the same two square miles,” says John-Claude Hallak, president of Hallak Cleaners in New York City. “To put it simply, that new competitor sheds light on whether or not you are a good operator.”

That competitor comes in and tries to offer specials, Hallak points out, “luring people away to try the ‘new flavor of ice cream today.’”

But Hallak insists that if you are doing a good job, those defectors will filter back to you. He says “lots of new operators are P&L-driven but may not have eyes on the long game.” And insists that operators shouldn’t worry about the first skirmish: “win the war, not the single battle.”

Forget the rest, do what you do best.

“Stop looking over your shoulder all the time. It can be very distracting and can slow growth and create fear,” says Dave Coyle, owner of In The Bag Cleaners in Wichita, Kan., and member of the Tuchman Advisory Group. He says he has grown his business from 1% to 70% market share in only 15 years.

“Aggressive marketing,” Coyle explains, “telling our story, making relationships, having great retail team members on the counter, giving away home-baked cookies and bottled waters — all of these things are part of the picture.”

According to Coyle, most clients are lost to a competitor when the existing business leaves the door open and has some type of consistent problem.

“Unresolved claims, claims that take too long to settle, lost garments, too many ‘We’re sorry’ stain tags (not getting clothes cleaned), missing buttons, double creases, rude attitudes on the counter,” he notes.

Don’t fight with clients over claims. Listen intently and then offer a solution. Mismanaged claims can be death to a dry cleaner, Coyle points out. Competitors look for weaknesses to exploit. Don’t give them any. Put your plant’s best foot forward.

In agreement with not letting claims become a factor, Hallak shares this thought with American Drycleaner: “I can’t tell you how many times I’ve sat in a room with owners who let small claims get under their skin.”

Hallak says, “I’d rather pay off one big claim and move on than have 40 small claims.”

“Stand behind what you do,” he adds. “You do things the right way and meet industry regulations but just maybe that competitor isn’t going by the book like you are.”

Be forward-thinking in your business approach.

“I think big,” Coyle says. “And I think 95% of the time about my course of action and focus less than 5% on what my competitors are doing.”

He says it’s kind of like looking at the windshield of a car.

“The windshield is 95% of the space if you are looking forward, and that small rearview mirror represents less than 5%.”

Along with thinking big, he also insists you become a game-changer.

“If you can change the game in your market,” he says, “(then) your biggest competitors will be your most loyal fans. They will focus their attention on just trying to keep up, while you keep introducing more and more client-based services and initiatives.”

Coyle likes to create loyalty “in ways that have nothing to do with our products and services.”

“Tug at people’s heart strings. Get involved with charities that your clients are interested in. And make sure you widely publicize that you are involved in them,” he notes.

“Give unconditionally” is his motto, and he has a popular sign that is on the front of every single store he owns: If you are unemployed and need an outfit cleaned for an interview, we will clean it for free!

Coyle says “printing and matting these two-sided signs for our 16 stores was the best $300 I have ever spent.

“The first week that it hit LinkedIn, it topped over 30,000 ‘Likes’ from all over the world! It shows your business is community-involved and has a heart.”

That’s not all. Use the perceived ‘specter’ of the invading new store across the mall parking lot or down the block to motivate, innovate and promote your operation.

“Put the owner’s name, signature, and picture on everything,” says Coyle. “You will be surprised how much loyalty is built by doing this. Clients will say how well they know the owner, even if you have never met before!”

A new kid in town can cause you to look at new avenues of business as well. One opportunity Coyle mentions is to partner with clothing stores in your area.

“We give 50% off to the associates of all clothing stores, almost 400 people in our area,” says Coyle.

“They become awesome spokespeople for your business. Give the occasional free comforter cleaning or shoe shine to these associates as well.”

He indicates that his business has given some upscale clothing stores a “first time free” cleaning coupon to hand out to their clients whenever a drycleanable item or nice dress shirt is purchased.

“They bring this coupon in,” he adds, “along with their receipt and we highlight the item cleaned. Very effective!”