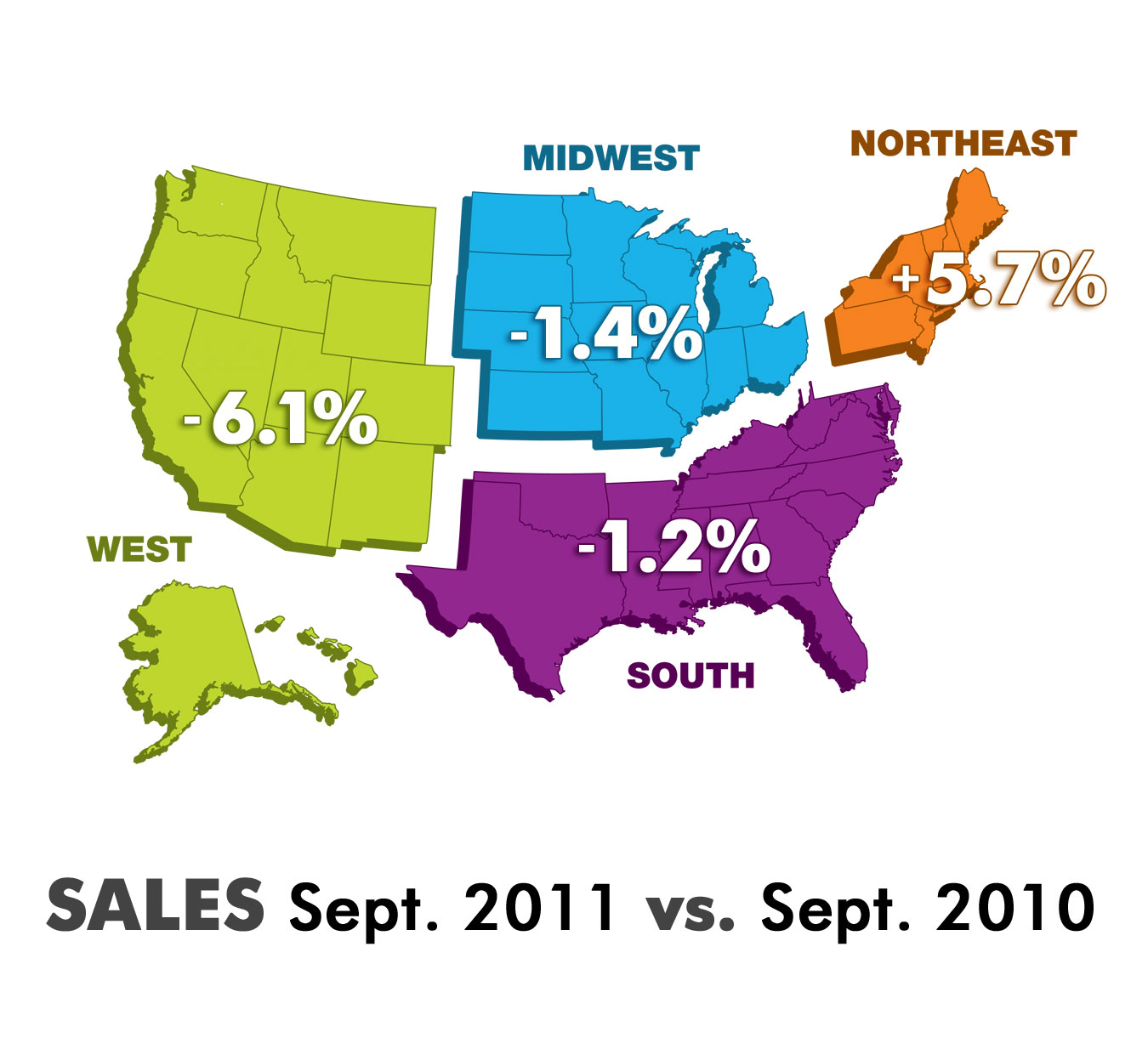 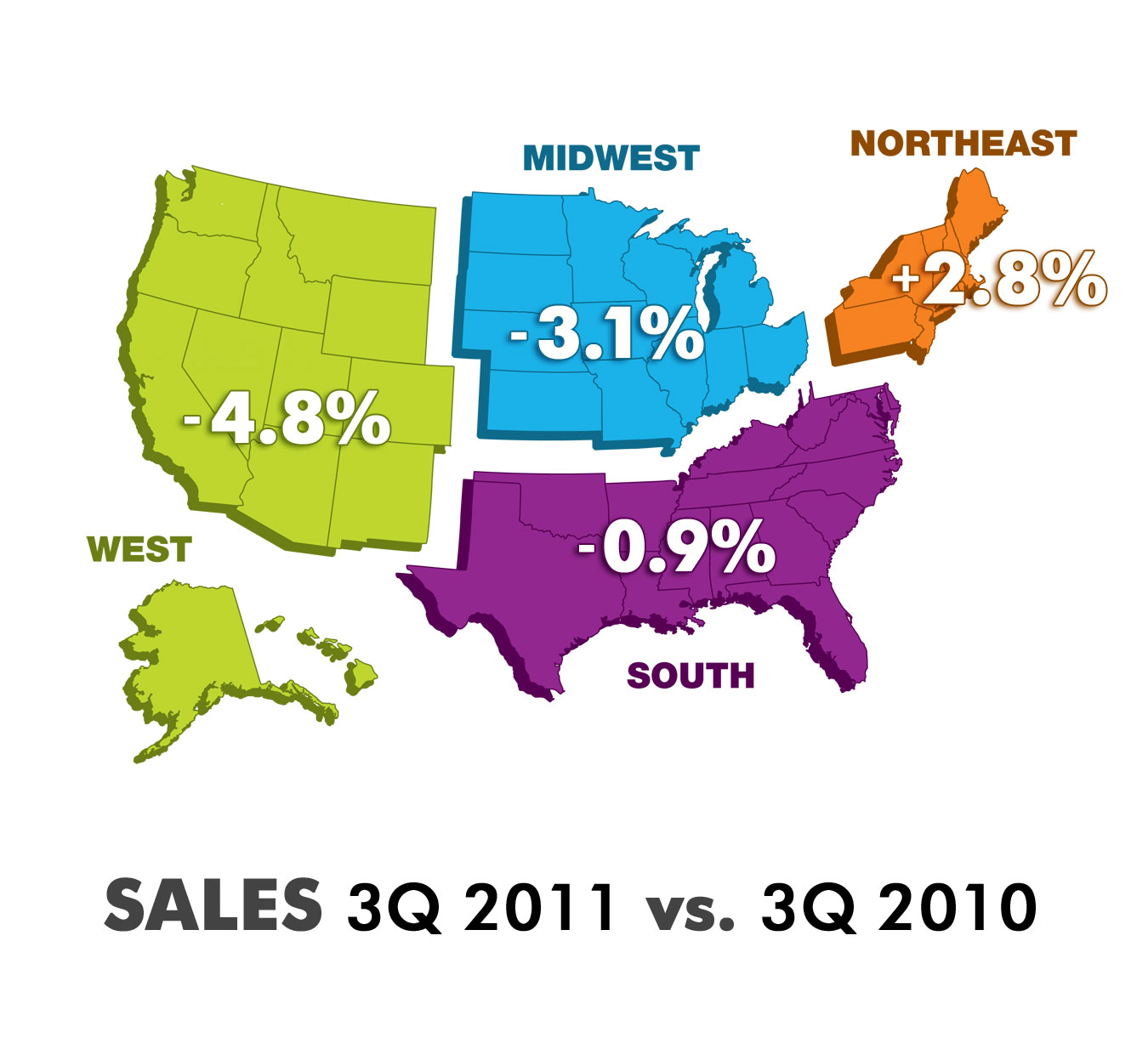 CHICAGO – The Northeast was the lone bright spot for September dry cleaning sales, posting a 5.7% gain compared to sales for September 2010, according to the latest AmericanDrycleaner.com StatShot survey.

“Even with aggressive promotions, sales continue to slide in Southern California,” reports a Western operator.

The Northeast was also the only region to post gains in third-quarter sales from a year ago. They were up 2.8%. The other regions reported declining sales when compared to the previous year’s July, August and September: South, down 0.9%; Midwest, down 3.1%; and the West, down 4.8%.

“Our business has been excellent,” reports an operator from the Northeast. “A contributing factor I believe is the Marcellus shale drilling and pipeline welding going on just over the (New York) border in (Pennsylvania). Even without that, business has been excellent.” Another operator has noticed an “increasing amount of ‘help wanted’ signs, especially for manufacturing plants.”

In the regions posting smaller declines, comments were mixed.

“July was a train wreck, but August and September were both up months,” reports one Midwestern dry cleaner. “Continuing into October, sales are up as well. Maybe this is the end of three years of declines. It is too early to tell. Forecasting remains very difficult.”

A Southern operator says their business during the first two weeks of October was the best it’s been in two years. Another reports having benefited from a more aggressive marketing approach and the closure of a competitor.

A Midwestern operator was less optimistic. “Still no relief in sight for our industry. Still way too many dry cleaners to service a steadily declining total available volume.”

The advent of valet drycleaning businesses that rely on local plants to process the work may look like a good thing for a slow plant, but they are only a trojan horse. Enabling someone to enter the business with little to no upfront capital expense is a death knell. The services enter a market taking business away from the plant operators with the "sale" that they will bring more busines to you, but the opierator is getting only a fraction of the price, usually half. A route does not cost 50% to operate, but most plant owners are too lazy to start their own route. We as plant owners must stop enabling people to cannibalize our markets. If someone wants to enter the drycleaning business, make them pay al the costs that you incurred as a plant owner, not just the cost of a van.